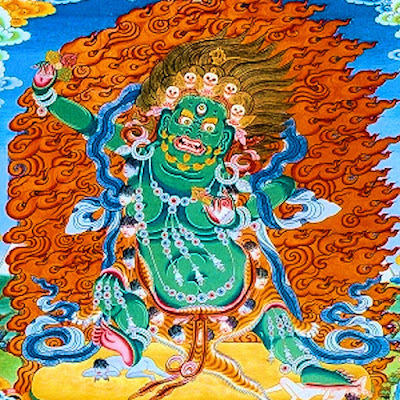 There is no dirt that can’t be cleaned by water and there are no defilements that can’t be removed by Sang (incense offering). In addition, it is also very essential to undertake purification of your body, room and vehicles. This can be done by using the profound Dorje Namjom’s Mantra.

Every morning please recite 21 times Purification Mantra of Dorje Namjon (If possible one mala), and then blow on the water to bless it. Sprinkle the water to wherever you think is impure and need to be cleaned, including your own body, your room, etc. By doing this you have purified your house, your own body etc. Further if you drink the blessed water than your internals are also purified.

Vajravidarana (རྡོ་རྗེ་རྣམ་པར་འཇོམས་པ) or Vajra Subduer is a semi-wrathful form of Vajrapani and the deity’s dharani, counted as a Kriya Tantra, is known for its healing and purifying effect.

The dharani has inspired a large number of ritual liturgies and commentaries, both Indic and Tibetan, and is commonly recited by many.

By Phub Dorji Wang at February 25, 2021
Email ThisBlogThis!Share to TwitterShare to FacebookShare to Pinterest 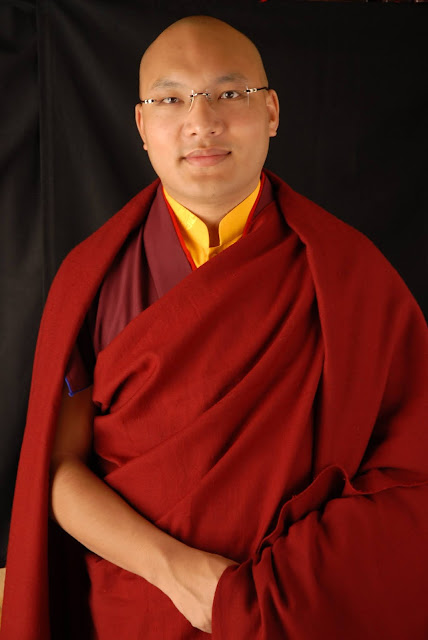 Karmapa said that anyone who uses meat and alcohol as Tsok is not part of Karmapa’s lineage.

His Holiness spoke often of his childhood as a poor nomad in Tibet. It was the practice of nomads at a particular time of year to gather together the animals that were to be slaughtered. At these times he was completely distraught with concern for the suffering of the animals. Whatever his family tried they could not contain his sorrow. Since then he said that he has studied so much of the Dharma and practiced so diligently and yet in all of the study and practice he has never found anything that could be created that was more precious than this naturally arising kindness towards other beings. He urged us all to connect with that innate goodness in ourselves.

On one occasion whilst living in Tibet someone had interpreted the lines on the hands of His Holiness and indicated that there are potential obstacles to his life in his 23rd and 24th years. Since leaving Tibet His Holiness himself had a dream regarding the same issue. He said that whilst he is not normally afraid of death, he woke from the dream deeply concerned. It was in response to this that he has concluded that the best remedy to the obstacles to both His life and the life of the Dalai Lama will be for his followers to preserve life and specifically to have less involvement with the killing of animals and the suffering that results from eating meat.

It was very clear that the Karmapa was not making a polite request. As head of the Lineage, he was investigating faults, making a diagnosis of obstacles and prescribing a remedy that must be followed.

1. No meat is to be prepared in the kitchen of any Kagyu Monastery or Centre.

2. No one is to be involved in the business of buying and selling meat – for all of his students this practice must stop.

3. There is to be no killing of animals on Kagyu premises – the slaughterhouse at Turphu must be closed.

4. Karmapa is aware of monks in robes going to buy meat and does not want to see this ever again.

His Holiness said that he knows that lamas and practitioners have always justified eating meat by saying that they make prayers for the beings that they are eating. This is not good enough. He asked how many of them can truly liberate beings in this way?

The use of alcohol and meat for Tsok offerings is also not acceptable. His Holiness quoted spiritual masters from the past who had condemned the practice of using Tsok as an excuse for eating meat and drinking alcohol. 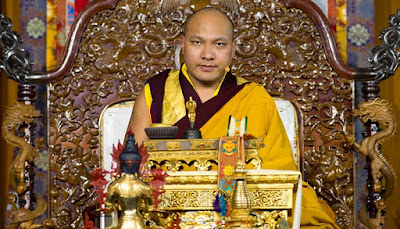 Leaving absolutely no room for interpretation, Karmapa said that anyone who uses meat and alcohol as Tsok is not part of Karmapa’s lineage. If the practice is at the level where Mahakala really comes and actually drinks the alcohol and eats the meat then it may be justified but otherwise we should use fruit!