Short story of the His Holiness Dodrupchen Rinpoché’s account of the Copper-Colored Mountain. 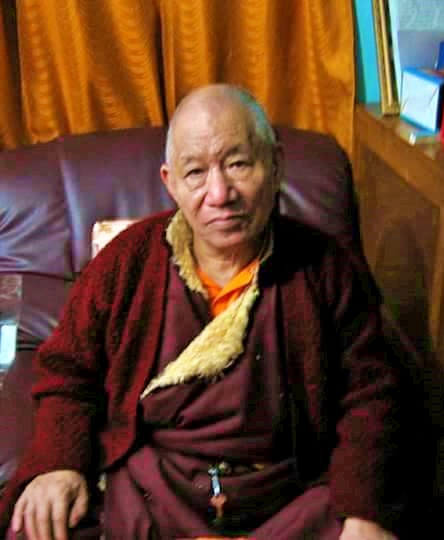 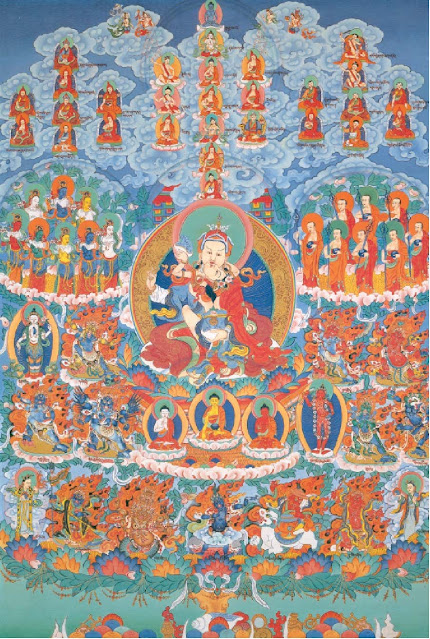 When Rinpoché was a small child, he would often relate visions and memories from his past life. Once, while answering some questions of his tutor, Lama Rang-Rik, the following exchange took place:

Q: Where did you come from? 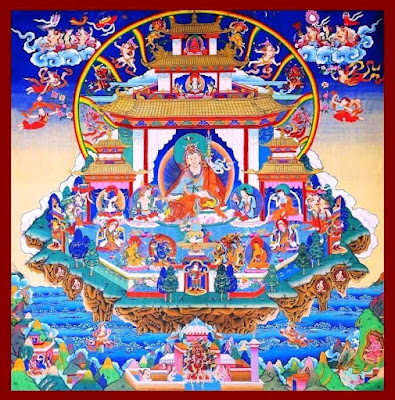 A: (Joining his tiny hands together in the form of a heart-shaped mountain) It is like this.

Q: Who lives there? 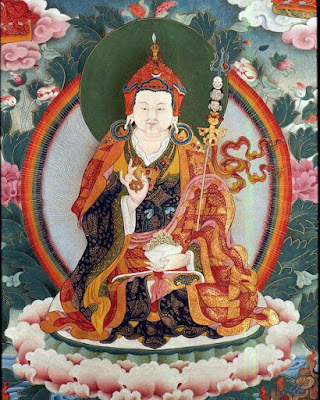 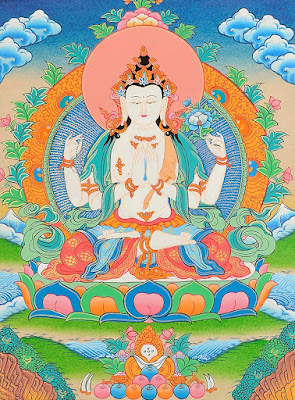 A: Many mouths, many eyes, colorful. (He laughs).

May we all realize the simplicity of pure perception. 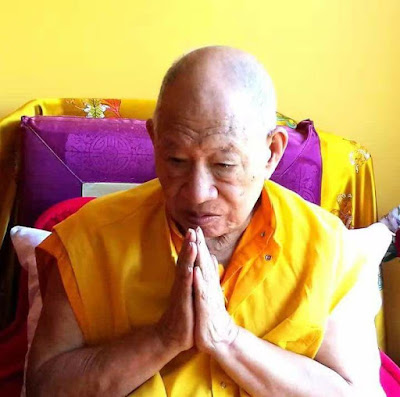