Compulsory items to be placed near dead body 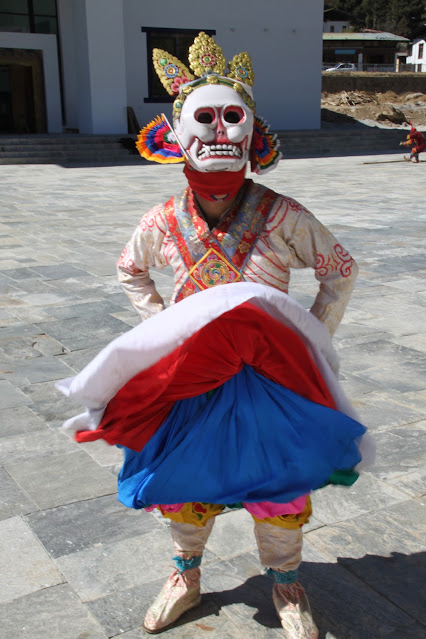 As per Bhutanese Buddhist practices, certain items are compulsorily to be placed near the dead body. They are Water, Alcohol (preferably local Ara), Butter Lamp, Mirror and a Mala.

These items are placed as follows:

Aligned to the center of the lying dead body (between head and leg) a butter lamp is to be placed. 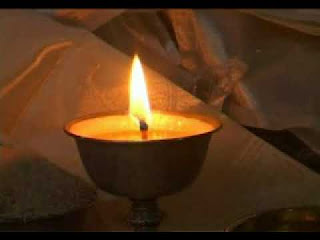 On the right side (towards head) of the butter lamp a cup of water is to be kept. Regarding type of water cup the best would be Bhutanese made wooden cup with silver lining on the inner side. If you don’t have that type of cup you can use any wooden cup with silver coin placed inside. If you don’t have silver coin, don’t worry you can put small bit of silverware. 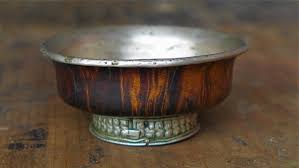 On the left side of the butter lamp place a cup of alcohol.

Nearby the head place a mirror and a Mala (Rosary). 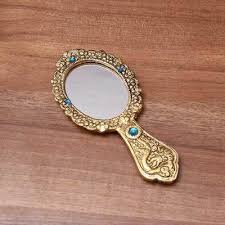 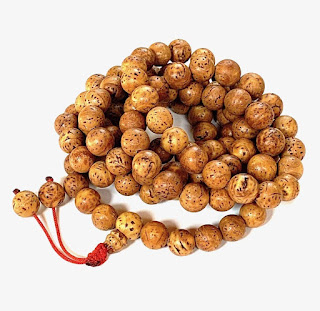 You may wonder why these items are placed. Vaguely people say water is for the dead to quench his thirst, alcohol to enjoy, silver coin is to offer as gift for Lord Yama. All these statement are incorrect.

The main purposes of such offerings are:

The bright light of the butter lamp is to help the deceased to see his next path properly.

The water with silver content turns into silver water and is offered to the 42 peaceful Shetro deities.

The alcohol is for offering to the 58 wrathful Shetro deities.

Note: These 100 peaceful and wrathful deities emerge out of the dead body.

The mala represent your Yidum and keeping nearby blesses you continuously provided you have used mala and recited your Yidum’s mantra. The mala also allows all Shetro deities to dwell on it.

The Hundred Peaceful and Wrathful Deities

It was originated from the Guhyagarbha Tantra, the main tantra of the Mahayoga class.  Most Tibetan Buddhists are familiar with the teachings through the The Tibetan Book of the Dead (Bardo Thodol).

Bardo, the intermediate state between death and rebirth generally lasts "seven times seven days" or 49 days. At every stage, there is a gradual emergence of a special mandala, emitting a variety of different dazzling glare of light and loud thundering roar. As long as the one passing through the bardo state can recognize these different deities as the reflections of one’s own basic nature, covering all six realms, he or she can be liberated. 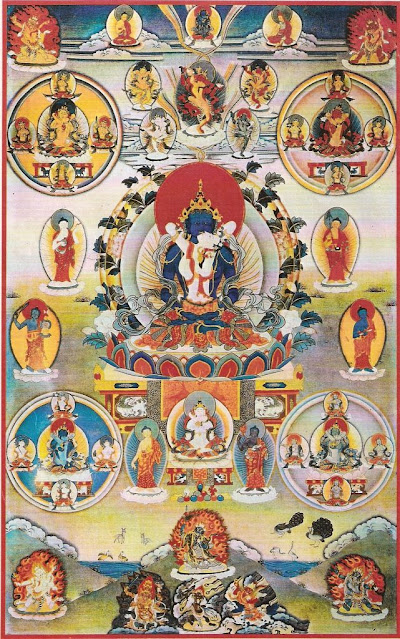 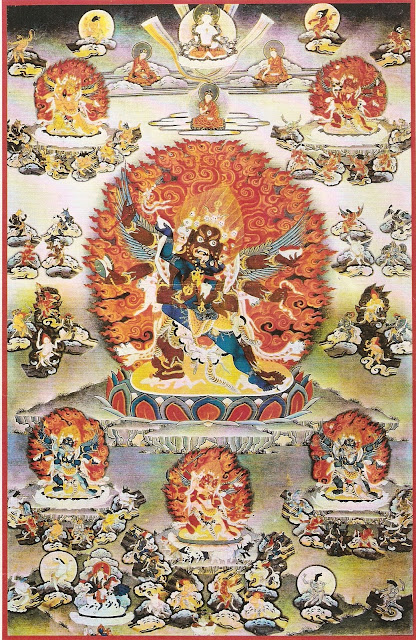