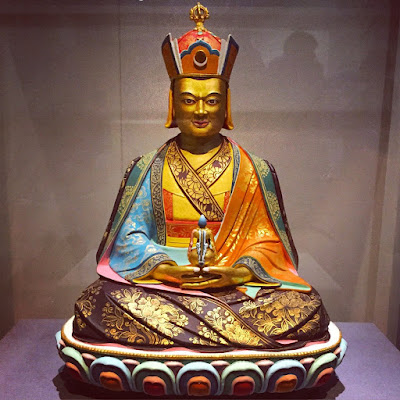 Terton Pema Lingpa was an important Bhutanese treasure revealer within the Nyingma tradition and the reincarnation of Künkhyen Longchen Rabjam (Longchenpa). 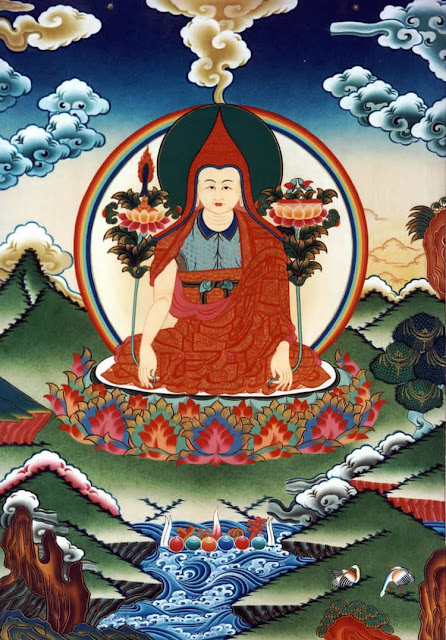 One morning before dawn, as Pema Lingpa was in a dream-like meditative state, three ḍākinīs came to him, leading a white horse. They invited the tertön to mount the horse and follow them to Zangdok Palri, and so they journeyed to the summit of a snow mountain. From there, the ḍākinīs showed Pema Lingpa the triangular continent of Chamara, in which the palace of Lotus Light towered on top of the Glorious Copper-Colored Mountain.

At that moment, a bridge like a white silk scarf was extended from Zangdok Palri to the snow mountain. Pema Lingpa and the ḍākinīs made their way across it to the foot of Zangdok Palri, crossed a vast lake, and climbed up the slopes of the mountain. 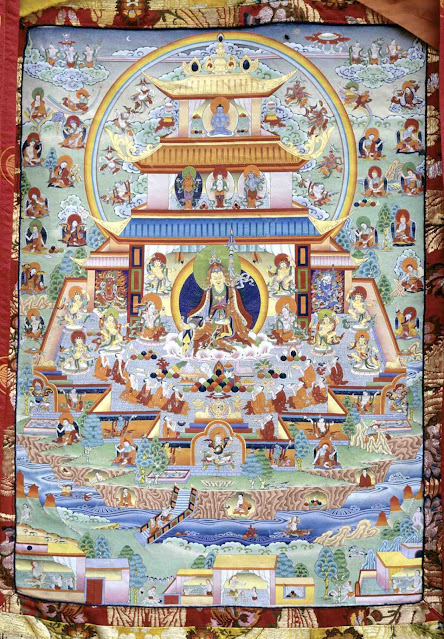 All around were trees filled with bodhisattva birds and animals singing the bendza guru mantra. Reaching the top, they found an immense palace, self-arisen and transparent, with no distinction between inside and out, as it was undistorted by the conceptual mind and free from the notions of grasper and grasped: the Palace of Lotus Light.

Upon entering the palace, Pema Lingpa saw Guru Rinpoché in the form of the King of Rakshas, mature, with a moustache and beard, his hair in a topknot, and his right hand in the gesture of taming demons. 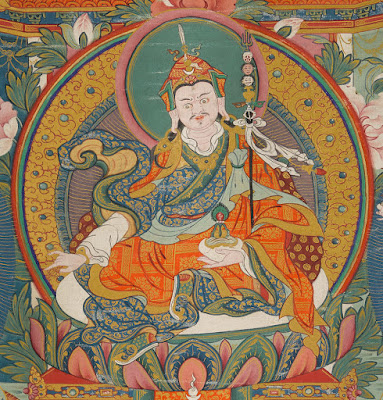 The tertön prostrated to the Maha Guru and received blessings. To Guru Rinpoché’s right were the awareness-holders of India, to his left the Tibetan disciples, and in front his treasure revealing disciples. Pema Lingpa took his seat in front among the tertöns, and Guru Rinpoche proceeded to give teachings. The Lotus Guru declared:

The nature of intrinsic awareness is unborn and uncreated.
It is unchanging and spontaneously ever-present.
Intrinsic awareness is like a gem with no basis.
Hoist it on top of the victory banner of freedom from fabrication;
By doing so, you will no doubt attain
Buddhahood in a single lifetime.

The ḍākinīs then led Pema Lingpa on a day-long tour of Zangdok Palri. In the evening, they arrived to a palace made of five precious gems: Guru Rinpoché’s night-time residence. Attended by Khandro Yeshé Tsogyal 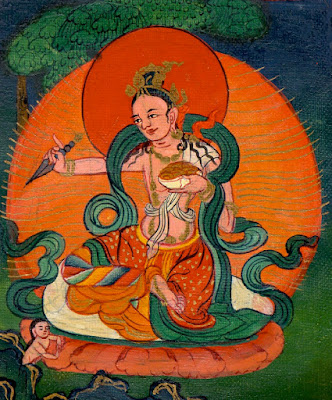 and Mutik Tsenpo, Guru Rinpoché conferred the complete four empowerments for the The Compendium of the Lama’s Most Secret Precepts (Lama Yangsang Kadü) upon the tertön. Pema Lingpa practiced for seven days, during which the Dharma protectors all appeared before him, making oaths of allegiance. Guru Rinpoché then gave the tertön his secret name, Orgyen Pema Lingpa.

After receiving many further teachings and instructions, Pema Lingpa was sent home by Guru Rinpoché, in order to benefit the Bhutanese disciples and reveal his appointed termas. Led by the three ḍākinīs, he once again rode the white horse to the top of the snow mountain. There, as he thought of home, he instantly awoke in his own bed from his dream-like vision. 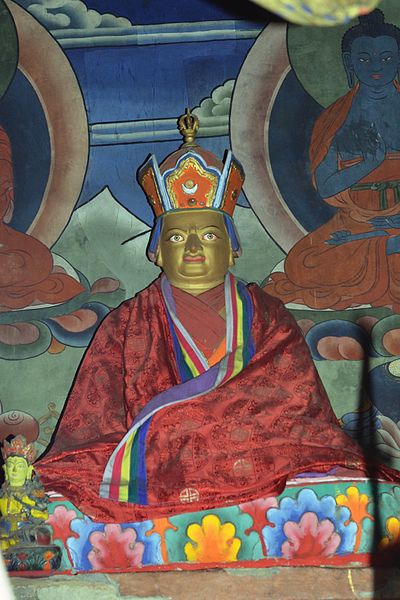 May we all aspire to meet with the Maha Guru in person and visit his pure land.