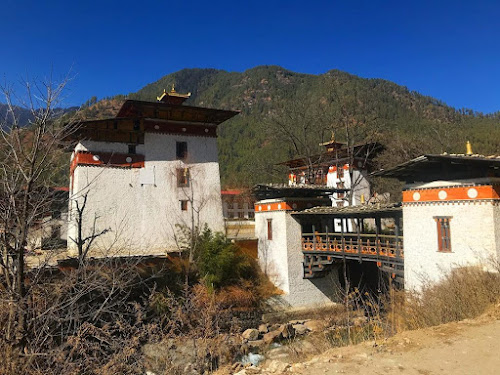 Pangri Zampa lhakhang is located at the extreme north of Thimphu and is a few minutes' walk from the Dechencholing market. 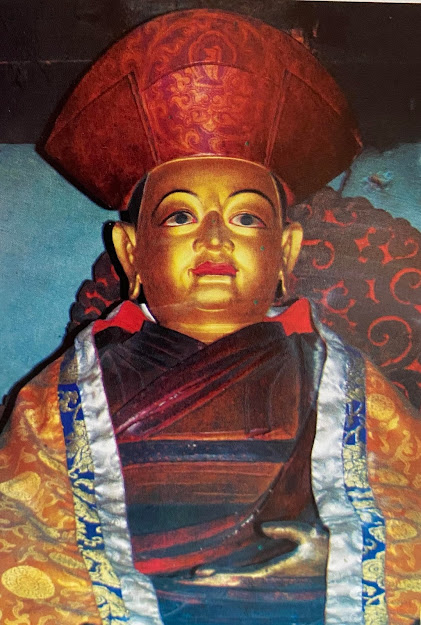 In the ninth Rabjung corresponding to the year 1529, lam Ngawang Chogyel and his son came from Ralung in Tibet to Bhutan and visited Pangri Zampa. There he built a lhakhang and named it Druk Phodrangding, the castle of the dragon, similar to a name that was given to a monastery in Tibet. However, today it is commonly known as Pangri Zampa lhakhang. 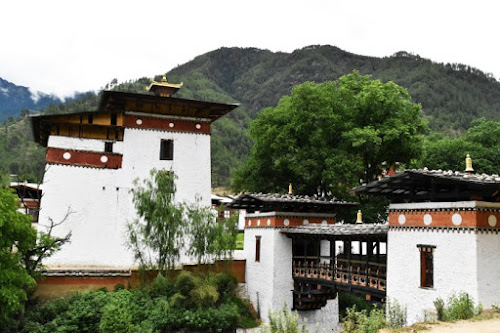 At the time of Zhabdrung's arrival in Bhutan in the 17th century, the lam Kha Nga (five groups of lams) had established themselves as powerful lords and had most of the western region under their control. After Zhabdrung's arrival, he slowly began to dominate and as a result the lam Kha Nga abandoned their establishments just above the temple built by lam Ngawang Chogyel. Thus the name Pangri (Pang - leaving behind, Ri - mountain) came into being. The name "Pangri” is also derived from the Bhutanese word pang, which means flat land and ri, meaning mountains. The temple is also known as Pangri Zamdong as it is located in front of the Pangri Bridge. 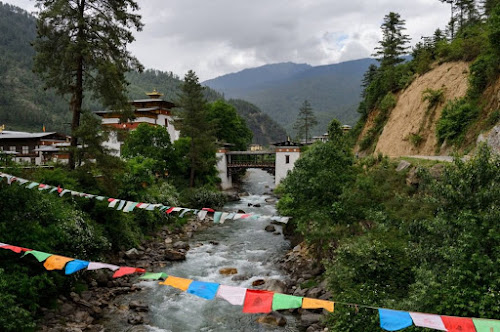 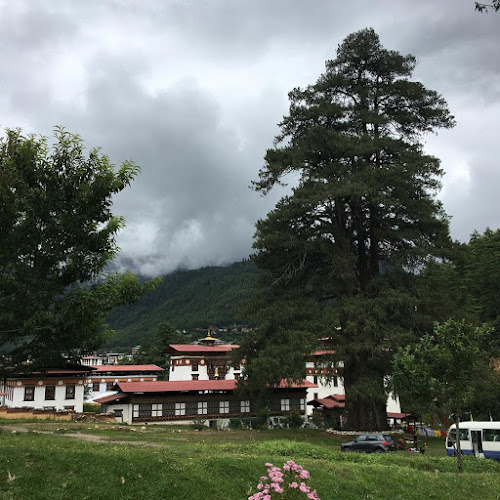 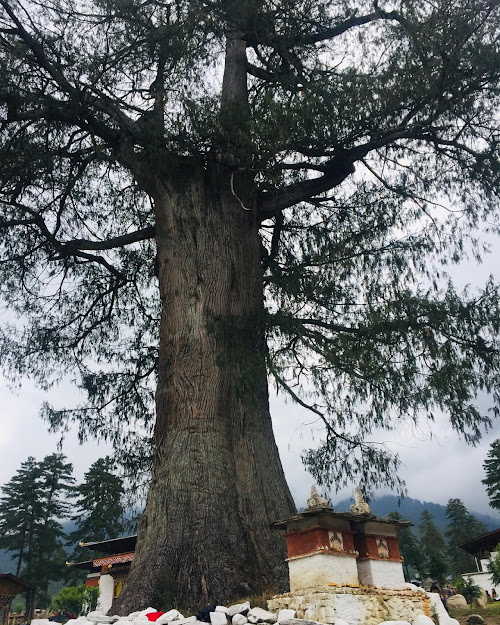 When he reached Bhutan he was guided to the present place where the lhakhang is located. Some people say that the raven which guided Zhabdrung all the way from Tibet disappeared into the tree. For this reason, people consider the tree sacred and worship it to this day.

The lhakhang was built with the aim of spreading peace and happiness through the practice of Buddhism. Ngagi Wangchuk, the younger son of lam Ngawang Chogyel, started a retreat centre in the temple. Today, the lhakhang has an educational centre for astrology known as Zhungtsi Lopjong Pelkhang. This learning centre was first opened in 2003. It is maintained by the Central Monastic Body of Bhutan. The lhakhang is a four-storied building. During ancient times its ground floor of the lhakhang was used as a storeroom by the Kagyu lams. Today it houses the young monks who study astrology. The first and second floors are used to house the teachers and as classrooms. The topmost floor houses the main chapel. 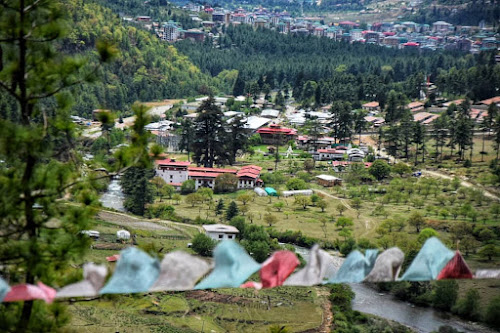 The lhakhang was also the residence of the 18th chief abbot of Bhutan Jamyang Gyeltshen (1797-1803). The lhakhang has a chapel of the Kagyu lam and a sacred chapel for the guardian deities of Bhutan, Yeshey Gonpo and Palden Lhamo.

Next to the main lhakhang lies the Zhabdrung lhakhang. This lhakhang was built after Zhabdrung Ngawang Namgyel's arrival and served as his residence. During his time it is believed that there was once a lake beside it. 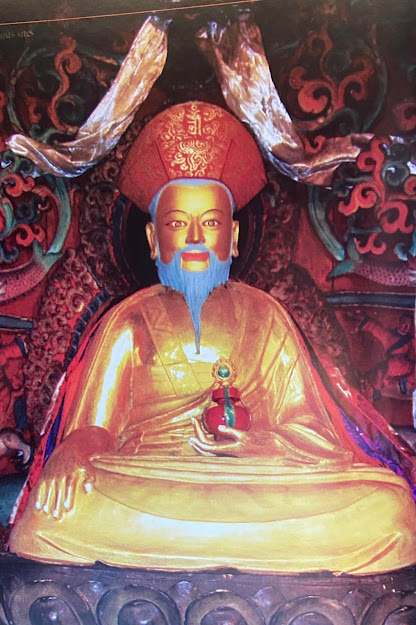 The guardian deity of the lhakang is the tshomen (mermaid) of the lost lake. 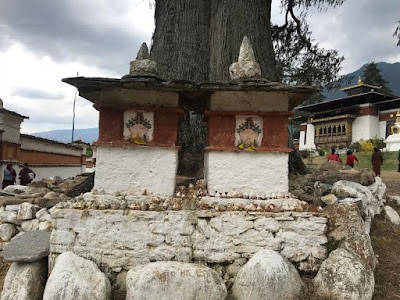 The lhakhang has four stories. The topmost floor was used by Zhabdrung for meditation. In the lhakhang is the statue of Zhabdrung Ngawang Namgyel which previously faced the entrance. Today it is found facing the fast-flowing river Wangchu. It is believed that the statue turned itself towards the river, stating that in the future a time will come where there won't be anyone to offer choeb (offerings of water). The window which the statue faces remains open all day and all night. It is even believed that the tshomen comes at the dawn of each day to make water offerings through this window. The lhakhang was previously taken care of by Desi Tenzin Rabgay. It is now under the Zhung Dratshang (Monastic Body of Bhutan).

The relics of the lhakhang include statues of the Yabsay Sum, Tenpai Nyima, Zhabdrung Ngawang Namgyel 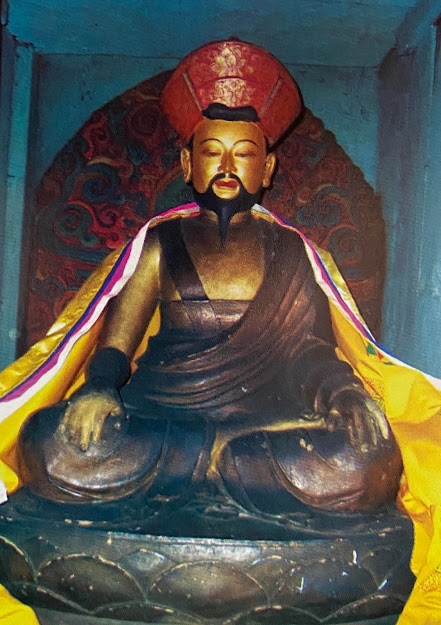 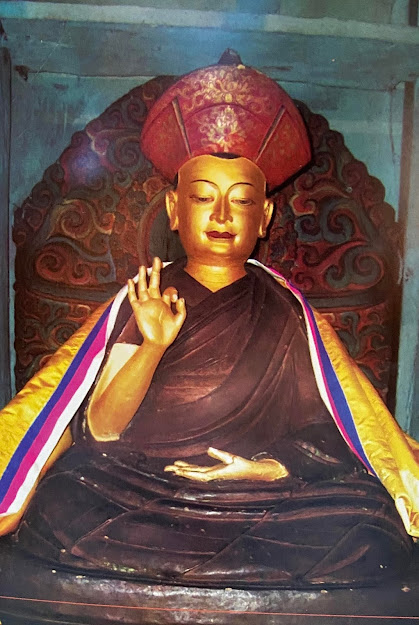 the reincarnation of Jambay Dorji, the son of Zhabdrung Ngawang Namgyel. The temple also houses a statue of the guardian deity, the tshomen. Hanging from the wall are two sacred sheep skins enclosed in cloth.

The sheep were offered to Zhabdrung Ngawang Namgyel by the people when he was on his way to Bhutan. The main relics of the temple are the collection of statues of the Kagyu lams and the guardian deity of Bhutan. It also possesses a statue of the founder, lam Ngawang Chogyel. 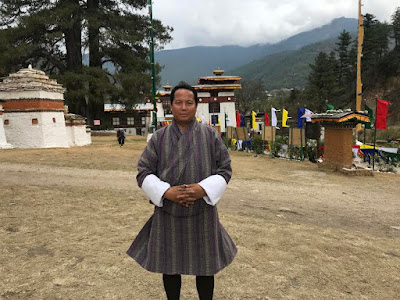