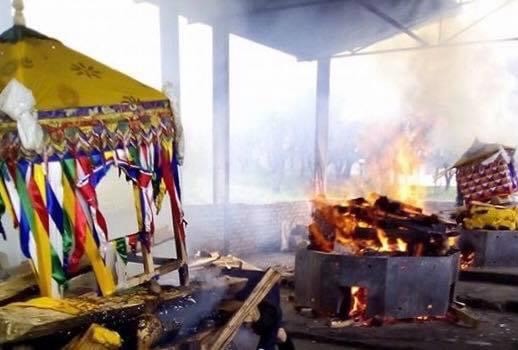 In Bhutan,  Buddhist perform two types of funeral rite. One cremation of the dead body and the other cremation of effigy of the deceased.

Funeral is the final rites where the body is burnt to ashes.  It is the process where your very existence that came from the element is now returned to the environment.

After the  cremation,  the family  at home will immediately make an effigy, a small altar like set up, where deceased photo along with few of his/her belongings assigned and then different type of offerings are placed nearby. 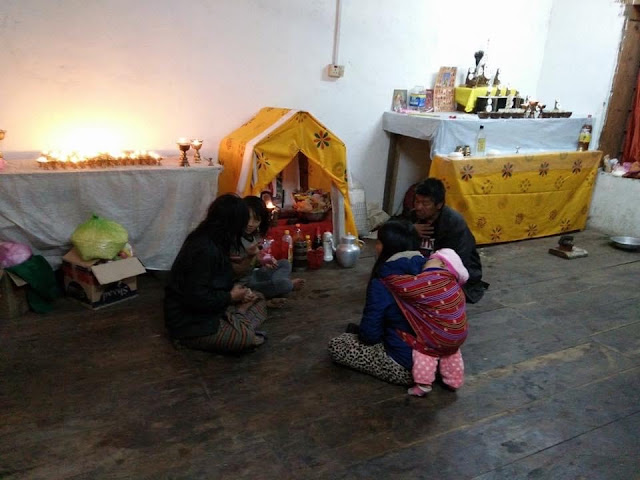 Some they take the deceased effigy to the monastery and ritual done there. Daily religious rite (kangsha) is conducted till the 21st day. During this period at regular interval foods and water are offered to the deceased guided by a Lama in the presence of his relatives.

On the 21st day,  after having concluded the series of rites the family takes the effigy to a monastery or dzong for performing  the last rites. A lama will be requested for the cremation of effigy. The lama begins the rites by reciting a sacred text thus guiding the consciousness of the departed through the itinerary of the intermediate dimensions called the Bardo.

After concluding the recitation, the paper print (effigy) representing the deceased is burnt in a final ceremony. Bhutanese call it 'Jam Se' (kill effigy) which is the end of the funeral.

This way the a double funerals is initiated.

The ashes of burnt effigy is then mixed with clay and a number of tsa-tsa are made out of it. This is a way of symbolically expressing the ceaseless cycle of transformation experienced by all beings. 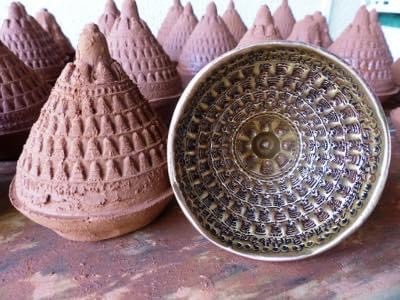 Funeral tsa-tsa are traditionally deposited inside the open stupa gates, lining the approaches to a monastery or left under the ledges of a sacred site. 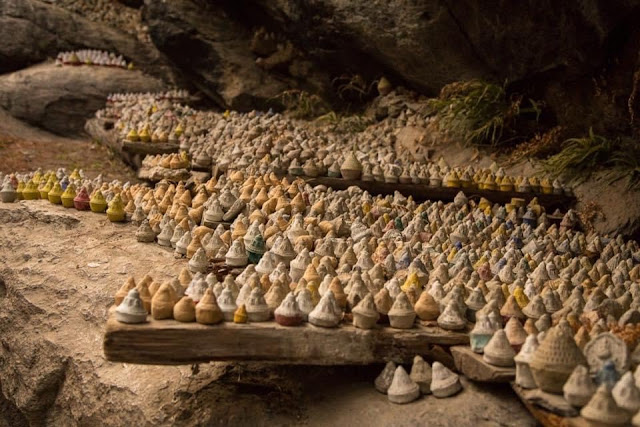 Such funeral tsa-tsa by virtue of their sacred shape are treated with respect, and unless they come from the remains of a great teacher, are not kept at home.