In Bhutan one of the most important ceremony that is performed before construction of any big infrastructure is the Salhang Tendril Ceremony.  “Sa” means land and “Lhang” means borrow. It is believed that every piece of land is under the protection of Serpent Dieties, known in Bhutan as Lu. The Salhang ceremony is held to seek the permission of the Lu to use the land, and ensure that it's protection over the land is assured.

To begin with, in the middle of the construction area an elaborate preparation is made where an art of Serpent Deity (Lu) is drawn on white background on the ground. 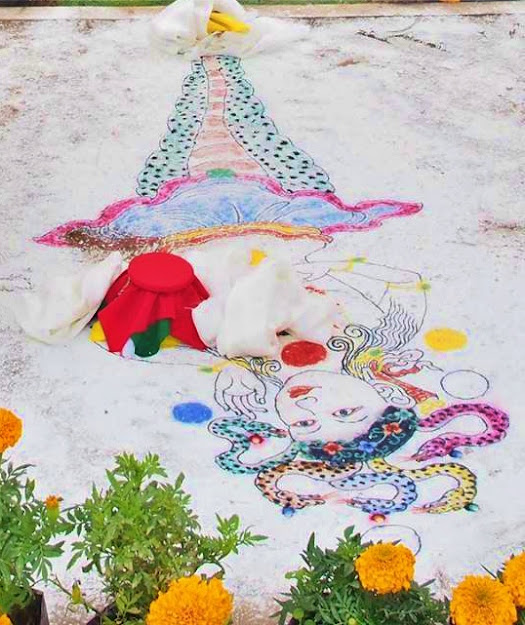 Nearby a pit is excavated to install Sachu Bumter (ceremonial vase). The 8 bowls (preferably gold if possible, if not silver) offering are arranged with necessary Torma. A bottle of fresh milk is also to be arranged. This Salhang Tendril Ceremony is to be performed only on the Naga Days (Lu thab).

During the Salhang Tendril ceremony, the land is symbolically received in the form of soil, as a gift from the left hand of the Serpent Deity (Lu), in a tradition that reflects profound respect for the land around us. 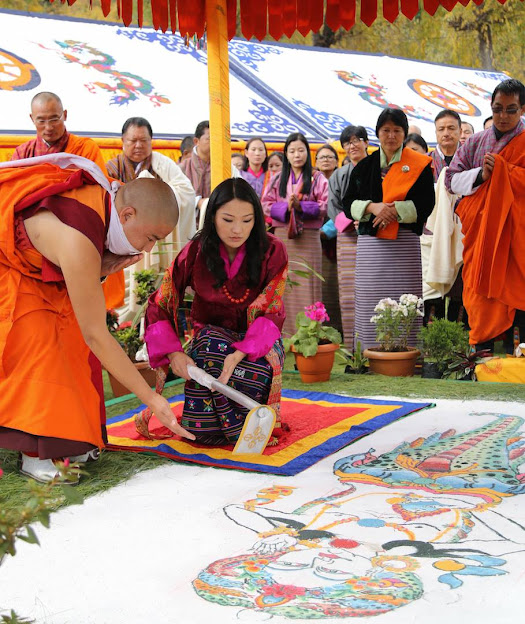 Milk is offered as part of the ritual to appease the Lu, the Serpent Deity who protects the land, and ensure that it continues to protect the land and remove all obstacles during the construction. 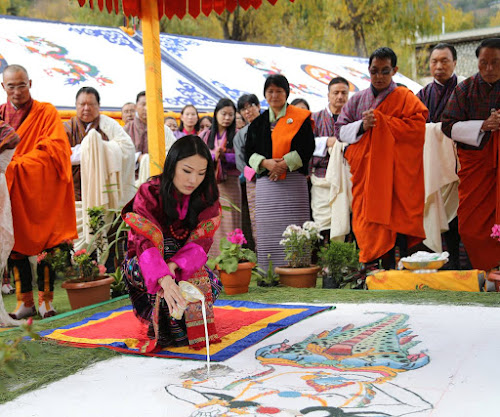 With Salhang Tendril Ceremony, it is believed that the Lu continues to grant its protection, and remove all obstacles during the construction, ensuring the success of the work.

The next is the  ceremonial vase, Sachu Bumter.  The installation of the Sachu Bumter signifies the re-sanctification of a site and restores blessings to it. It is believed to hold the soil which is scattered in all directions, and finally placed back into the land, ensuring that the Lu continues to bestow its protection on the land.