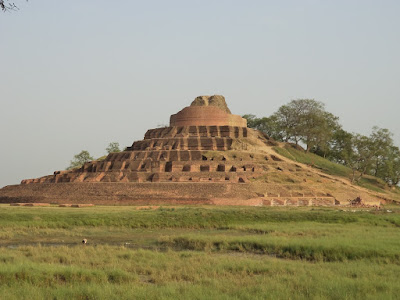 Kesariya stupa, which is situated in the East Champaran district of Bihar, is the largest Buddhist stupa in the world.

According to Jataka stories Buddha ruled this place as a Chakravartin Raja in his previous birth. Similarly, it was during one of his visits to Kesaputta that Buddha gave one of his most important discourses, the celebrated Kessaputtiya Sutta, popularly known as Kalama Sutta. 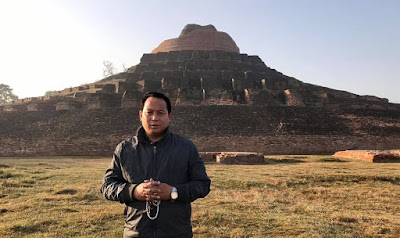 Kesaria stupa has a circumference of almost 1,400 ft and raises to a height of about 104 feet. It is believed that initially, the height of the stupa was approximately 150 feet.

However, after being subjected to the 1934 earthquake that shook India, the stupa got immersed into the ground and was reduced to 123 feet in height. The aftermath of the earthquake further reduced the height of the statue to its current stature, that of 104 ft.

Interestingly, Kesariya stupa is believed to have been built to honor the place where Lord Buddha had spent the last days of his journey, before attaining Nirvana. 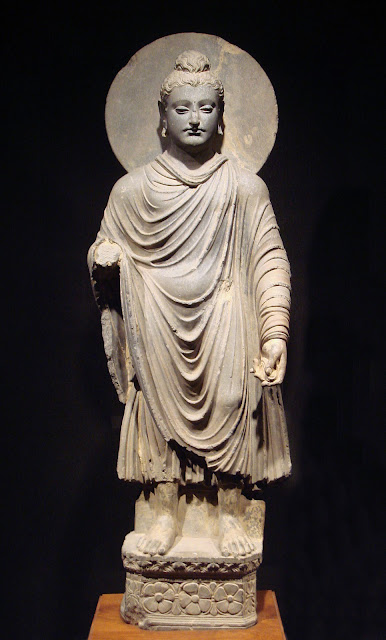 After Lord Buddha's last discourse at Vaishali, he set out for Kushinagar, but the Lichchavis kept following him. Buddha gave them his alms bowl but they still refused to return. 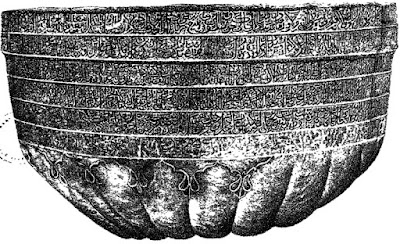 The Master created an illusion of a river in spate which compelled them to go back. This site can be identified with Deora in modern Kesariya village, where Ashoka later built a stupa.

The alms bowl stayed long time in Vaishali where it was worshipped with fruits and flowers. Later, the invaders took away the bowl and it is not exactly known where it is today. There are varying stories but non could be proved correct.

To venerate the end life of Lord Buddha, the Lichhivis are said to have built this stupa. While formerly, it was only a mud stupa, it gained its present structure in the Maurya, Sunga and Kushana period.

Kesariy stupa serves as a holy site for the Buddhist pilgrims around the world. Standing tall, it acts as a reminder of the last days of Lord Buddha and his compassionate and gentle approach towards people.

In the 1998 excavation, the place around the stupa was found to house significant items.

The Stupa has six floors which are clearly visible. There are many statue of Lord Buddha in Bhoomi Sparsa Mudra and other sitting positions, built using soil and pebbles. 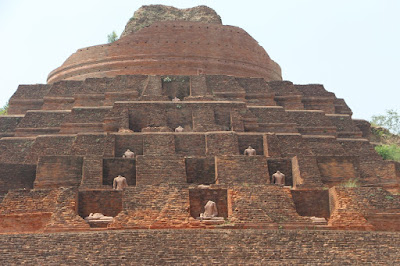 I made a round to see the statues and found all the heads has been destroyed. The Muslim invaders were the main culprit. I collected few body pieces for blessing my altar. 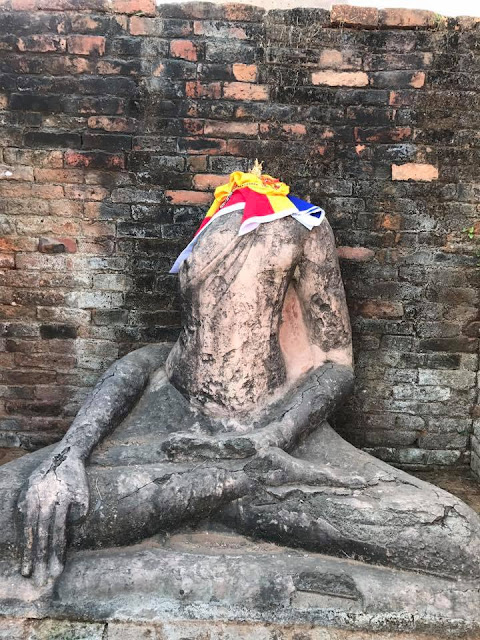 I am the only one wondering over this stupa to see thing in reality. While it was prohibited but they allowed me and even security guard help in taking some photographs. 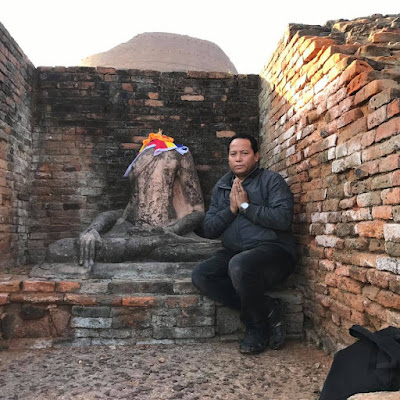 There is terrace with Pradakshina Path. According to the old freelance guide, during excavation numerous objects like coins, arrow heads, copper and terracotta items, earthen lamps, decorated bricks and many more were found.

As of date only half position of the stupa was excavated. The other half is in the process of excavation. 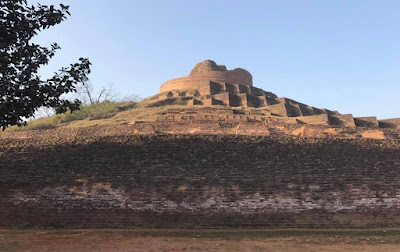 An old guide was holding a self drawn image of the stupa with dimension. I have taken the copy of it. 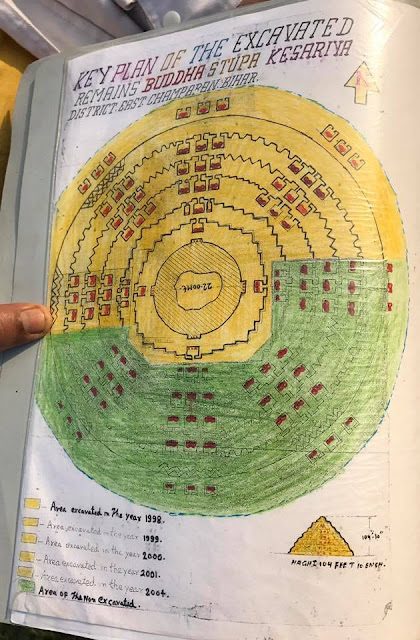 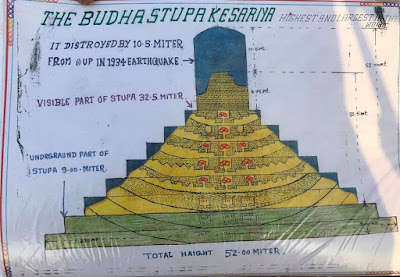 The stupa is believed to be of a height of 150 ft while the Borobodur ( Borobudur, or Barabudur is a 9th-century Mahayana Buddhist temple in Magelang, Central Java, Indonesia) is of 138. The striking similarity in the two is that both have six floors, and the diameter of the Kesaria stupa is equal to that of the width of the Borobodur. 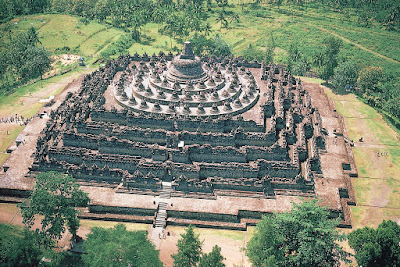