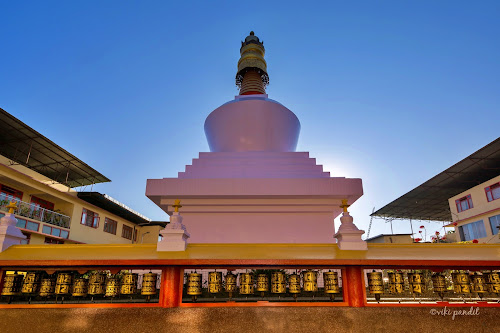 This huge pearl white stupa of Dro Dul Chorten sits snugly atop a hillock in Gangtok.  It is located near Research Institute of Tibetology. On reaching this institute one is required to climb the steep uphill greenly pathway from the stupas base in order to reach the main shrine. The deity enshrined on top of the chorten stupa is Dorjee Phurpa or Vajra Kilaya. 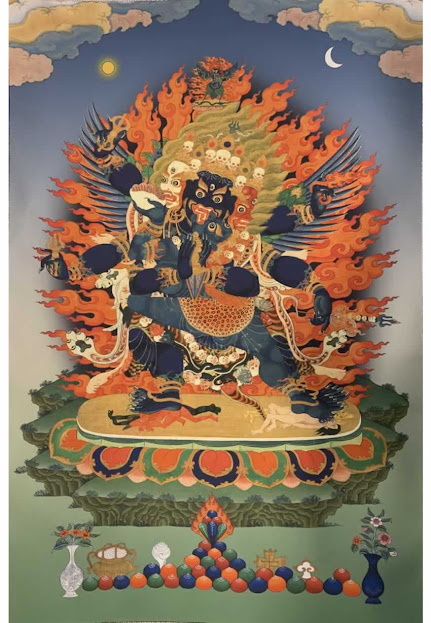 This chorten is regarded as one of the most important chorten in Sikkim.

It is believed that evil spirits once haunted this entire place and many people who wandered around this place became victims and died.

who followed Nyingma Order of Buddhism came to this place for hermitage built the Stupa in the year 1945. Do Drul Stupa was built in compliance with the desire discovered by His Holiness Dudjom Rinpoche in 1944.It is also believed that this Chorten has the ability to drive away evil if one is possessed with. 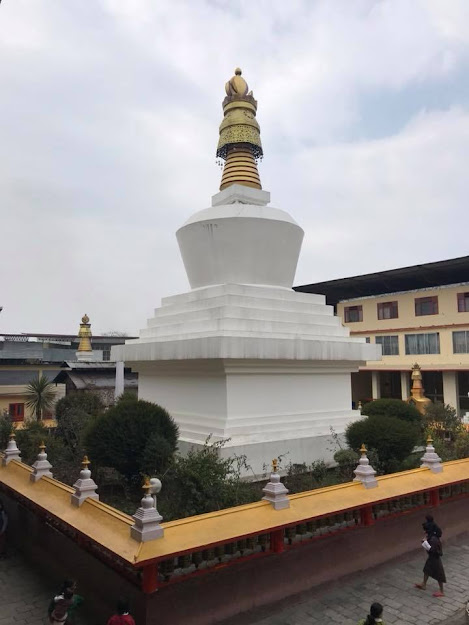 Do Drul Chorten Stupa holds a complete set of Dorjee Phurba, several ancient relics, holy books, religious objects and therefore remains one of the most prominent places to visit in Sikkim.

Around the stupa there are 108 hand prayer wheels. 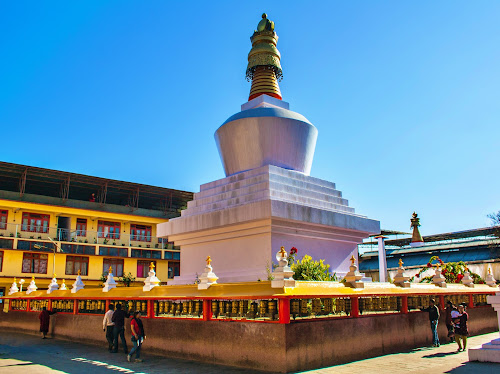 The stupa is surrounded by Chorten Lakahang and Guru Lakhang, where two statues of Guru Rinpoche are present. 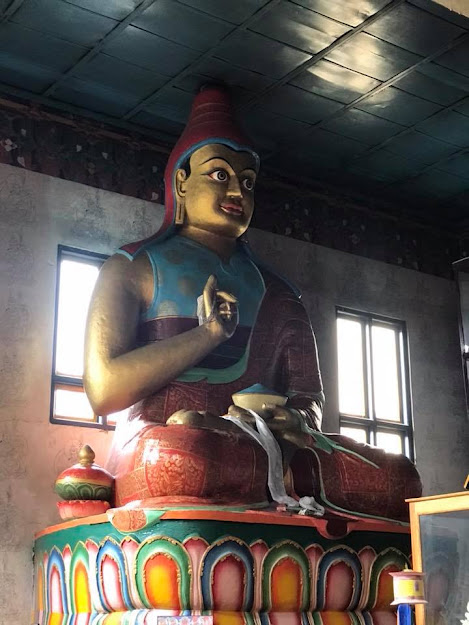 In one corner Jhang Chup Chorten, which was built in memory of His Holiness Trulshik Rinpoche after his death is seen. 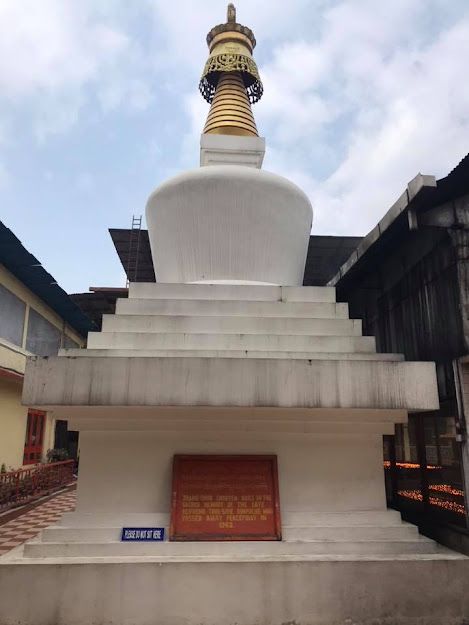 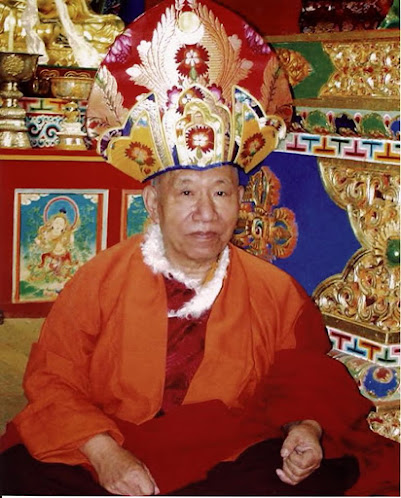 established his dharma-preaching center in the same premises.The big building which was constructed by His Holiness Dodhrubchen Rinpoche can accommodate more than 700 monks. His Holiness conducts all his rituals in this hall where one can find His Holiness throne. 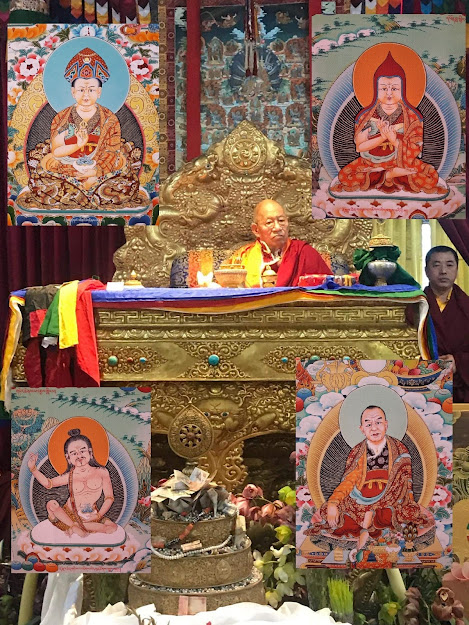 I have visited the Chorten lhakhang and Guru lhakhang, made prayer and received blessing. 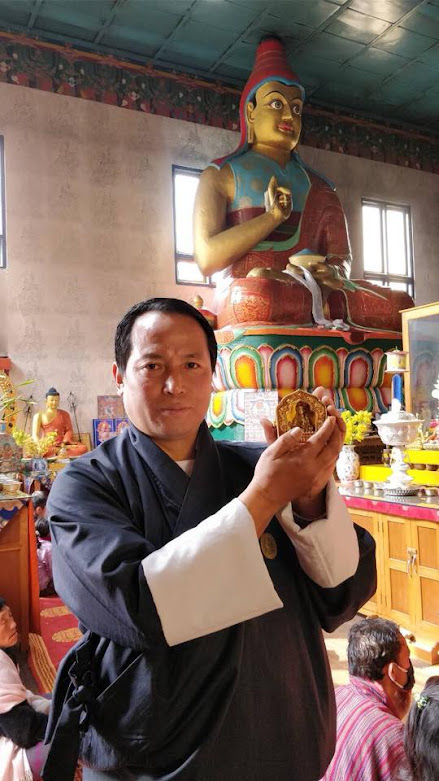 Pilgrims from all over the state and neighboring countries come to pray at the this stupa. Many Bhutanese also visit this sacred stupa. If lucky one can receive blessing from His Holiness Dodhrubchen Rinpoche.

On 21st June, 2018 on the day of His Holiness Dodrupchen Rinpoche's Birthday, water miraculously dropped from Chorten which was witnessed by hundreds of devotees that were present for the celebrations and offering prayers at monastery. 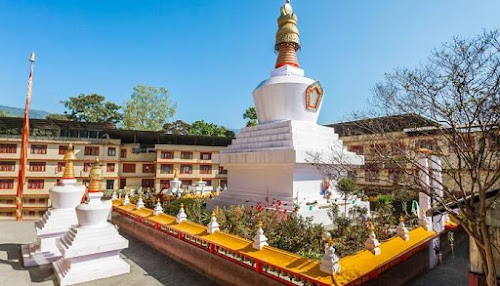