17th Mahasiddha Dhokaripa / Tukkari “The Man Who Carries a Pot”. 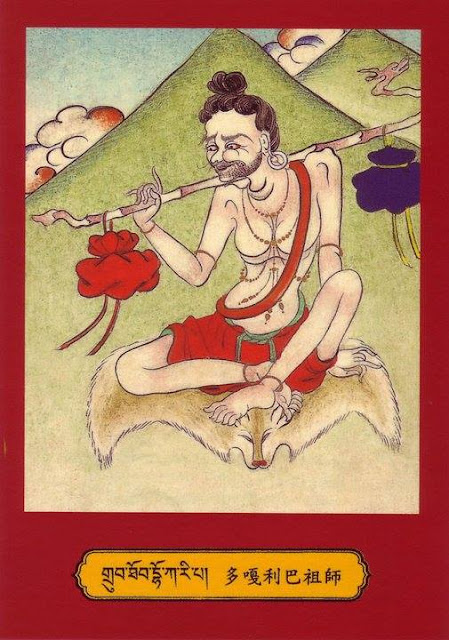 Dhokaripa was a man of low-caste from Saliputra who always carried a pot which he filled with whatever alms he managed to get through begging. One day, having nothing in his pot, he chanced a meeting with a yogin. He told the yogin he didn’t have anything to offer on that day, but in reply the yogin asked if he could use the Dharma.

Dhokaripa was interested, but he said he had not met any spiritual friend. At that, the yogin initiated him into Hevajra and gave him instructions to the Developing Stage and the Perfecting Stage.

Dhokaripa meditated and in 3 years, he obtained siddhi. After this, when he was seen carrying his pot around, people would ask him what his pot contained. And he would answer:

He worked for the benefit of many beings and finally went to the realm of the Dakas in this very body. 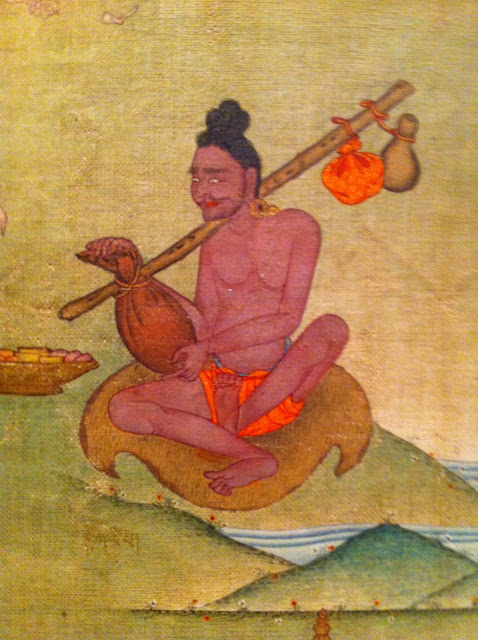