Citipati is waiting for Thieves and Criminals at the cemetery to finish them off. Be careful 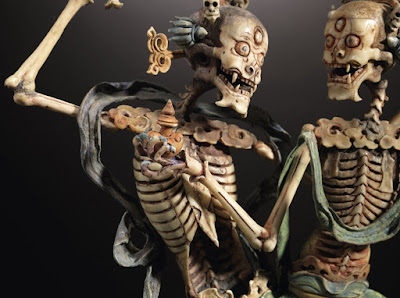 Scary Right! But there is solid reason for the revenge.

The Lords of the Cemetery, said to represent one of seventy-five forms of Mahakala.

According to Buddhist legend, the Citipati were originally a pair of ascetics who became so lost in profound meditation they failed to notice a thief cutting off their heads. Understandably agitated, they took a vow of infinite revenge and became ferocious enemies of thieves and criminals, though any vengeance would have to be exacted from their graveyard residence, as they never leave. 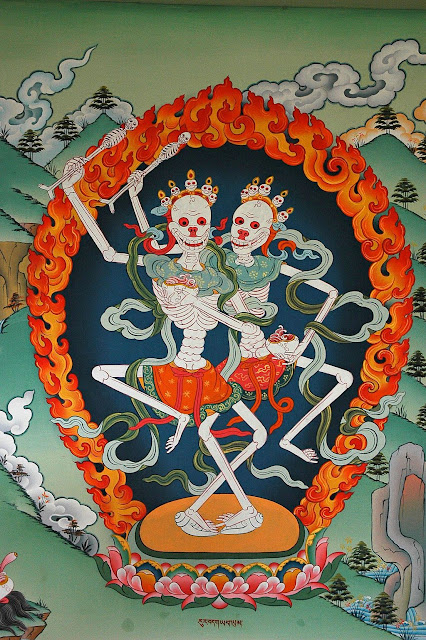 The Citipati were once two ascetics meditating near a graveyard, who were in such a deep state of meditation that they did not notice a thief who had sneak upon them. The thief proceeded to cut off their heads and threw them into the dust without the ascetics even noticing, which caused them to reach enlightenment. This is usually symbolized by a third eye on their foreheads.

Furious by the act, the Citipati declared vengeance to the thief, and are the enemy of thieves and other criminals. However, being skeletons, the Citipati cannot leave cemeteries and can only get their hands on thieves passing through them.

While waiting for passing criminals, the Citipati pass their time by dancing and blowing horns. Their dancing also serves as a symbol for death and rebirth, for the Citipati consist of both halves of the human body, male and female. Their skeletal form is a reminder of the impermanence of life and eternal change. 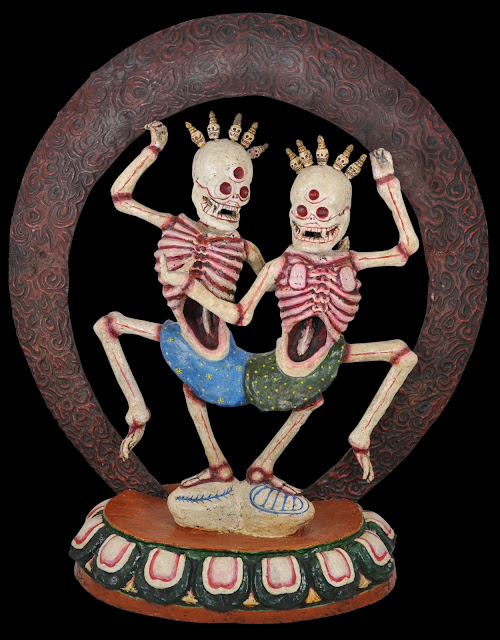 Thieves in Buddhist countries usually stay clear of cemeteries out of fear of the Citipati who dwells there. Therefore, the Citipati is a protector of graveyards, often titled Lord of the Cemetery.

Sorry! If I am giving cautionary advice to thieves and criminals.