After the untimely and ignominious passing away of Terton Drukdra Dorji who constantly faced obstacles to his practice and life, his reincarnate Lam was born in the border areas of Tibet and China and was popularly called Lam Geyshey by the people of Chukha where he returned following his instinct from his previous life. As Terton Drukdra Dorji was killed by strangulation, Lam Geshey’s speech was stifled but when chanting mantra and performing rituals, his speech was clear.
The circumstances’ surrounding the birth of the Lam is rather mysterious. His mother who was mute had a male relative who was a cantor (dbu mzad) in a monastery. One night, he had an unusual premonition, and thus went to check on the mute woman who had delivered a child. By the time the monk got home, the people there had already discarded what they thought to be a malformed fetus. Unable to believe, the monk went to look for what was delivered by the woman when he saw two vultures incubating. The birds’ heat had kept the new born baby boy alive to the great delight of the monk who took the boy to his monastery and fed him sheep’s milk. As the boy grew, he was admitted as a monk and was educated in the various monastic disciplines.
The Lam then turned his stead to the south (chibs kha lho lu ‘gyur// this is a popular expression after Zhabdrung Rinpoche’s advent to Bhutan) according to his destiny and after reaching Ralung, the origin of the Drukpa order, along with his shepherd follower named Chagma, he descended down to Bhutan from Paro and then finally reached Chabcha where he revived the old sacred spring sources created by Terton Drukdra Dorji. He spent three years in meditation during which time; the people of Chabcha generated deep faith and reverence to his person. 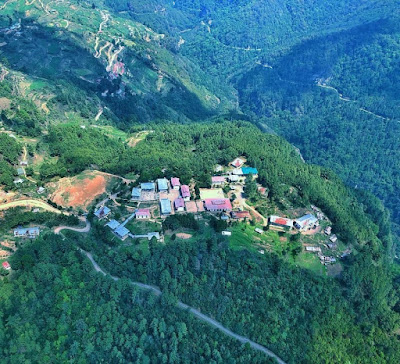 After his long sojourn in Chabcha, the Lam went to Bongo with nothing except his khri khur. As the Lam practiced a sacred chant ritual (bcos tshogs) with hand-held drums in the manner of village shamans, the people mistook him for one of them and thus had little regards for the Lam even though he spent a fortnight there. The Lama subsequently returned to his Chabcha. 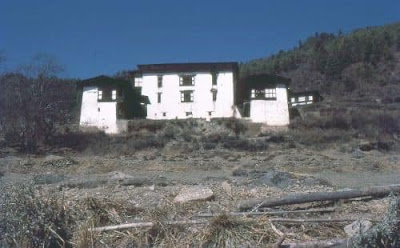 While he was in Bongo, he predicted that the newly conceived child of his host would be a boy. So, after a year, the child was born as predicted and he returned to Bongo amidst greater fanfare and gained considerable patrons. The Lam again made a return to Chabcha and when he came back to Bongo, the people entreated him to stay there as their village priest to which he agreed. The Lam then wanted to construct a meditation hut above the village but the people said that there are no water sources nearby. The Lam said this was not a concern and he will take care of it. As said, after five days, his follower Chagma and another assistant called Drub Tshering discovered that the spot where the Lam laid a stone slab was bubbling with a new spring. This sacred water source can still be seen today.


While residing in Bongo, the Lam not only administered religious service, but since he was also an adept artist with good grasp of all traditional art forms (bzo rig bcu gsum), he also produced many amazing artifacts of which his hand made altar and statues can still be seen today. Even though the Lam spent most of his time in Bongo, he was also concurrently the Lam of Gedu where he spent seven years in meditation on its mountaintop. He also offered religious services to Miritsemo where of his many extraordinary feats; he revived the sacred water source at the Trong Trongma cliff where Terton Drukdra Dorji passed away. In Gedu, there was a prolonged drought and crop failure because of which the people requested the Lam for a solution. The Lama meditated at the mountain top retreat where he miraculously re-created a water body, which dispelled all the afflictions. 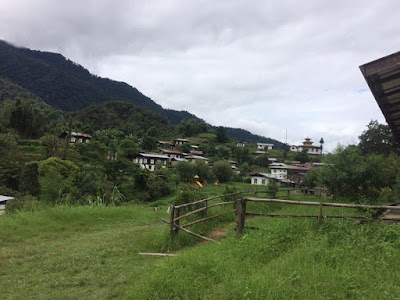 Despite spending many years in these remote areas, the Lam did not give into the temptations of the worldly word and led a pure and inscrutable life. However, as the destiny to propagate his lineage came, the Lama came into contact with the wife of the village headman (rga po) called Tandin and a daughter was born. After the lady passed away, he performed all the rites. After that, he took another secret consort at the place called Biri and a son was born.
After his prolonged stay in Bongo, he suffered a severe food poisoning and was subsequently shifted to Miritsemo. Upon reaching Miritsemo, the Lam expressed his wish to pass away there in the house of a wealthy man in the village called Nado. However, fearing impurity from the occurrence of the death in his house, he refused to let the Lam fulfill his wish because of which the Lam had to be stretchered to Biri where he took a wife. It is said that because of this lack of faith, Nado’s family lost its wealth within no time.
Upon reaching Biri, his long-time attendant Chagma passed away, for which he conducted the rites. It was at this time that the Lam said that he was Terton Drukdra Dorji and that after he passed away, there is no need for any other master to perform his funeral rites. After the Lam passed away, his funeral ceremony was performed during which his skull cap (dbu thod) dislodge itself as with other enlightened beings and fell in front of his son Rinzin Dorji after which he took it to his home. However, an ex-monk advised the son not to keep it without cremating as this might cause the next rebirth of the Lam to be born without some faculties of the body. Consequently, the skull was cremated too after which the ashes were encased in a reliquary stupa. It is said that as the son was still young, he could not keep the merit (gnos grub) granted by his father. 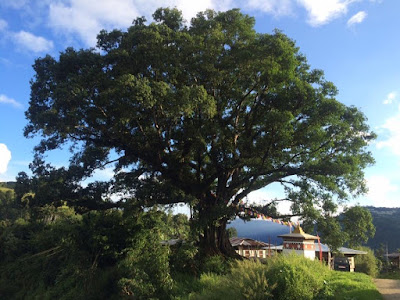 The former representative of the village, Chimi drep Tsendra, built the reliquary stupa near the present day Gedu town in the village of Laptsa-kha. Apart from the stupa, a derelict temple founded by the Lam in Miritsemo which was built in an inconvenient location was later restored and built close to a big boulder on which the Lam frequently took rest during his lifetime. The people of Miritsemo in memory of Lam Geshey did all these deeds under the coordination of Tsendra. 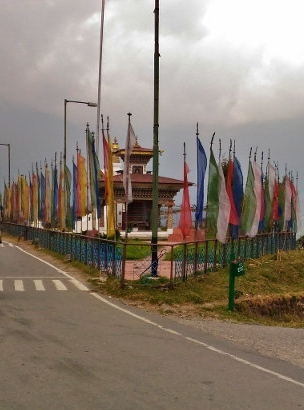 Even though no formal recognition was ever conferred on Lam Geshey as the reincarnation of Terton Drukdra Dorji, the people say that based on his great services to the Buddhist teachings and his peculiar method in doing so, there is no doubt that he was indeed the rebirth of the great Terton Drukdra Dorji. 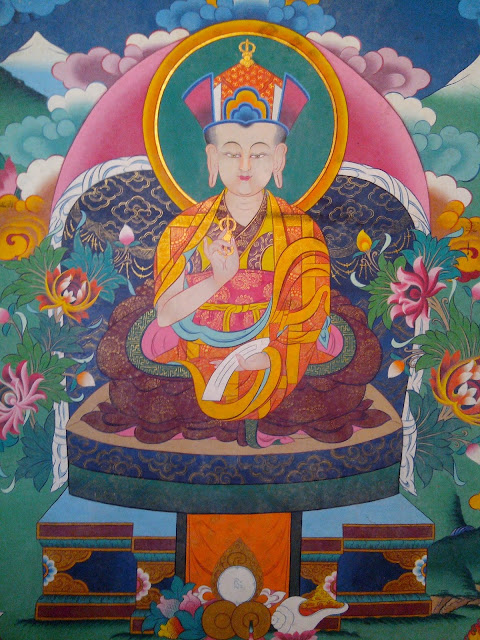