The significance of Buddha’s Third Eye 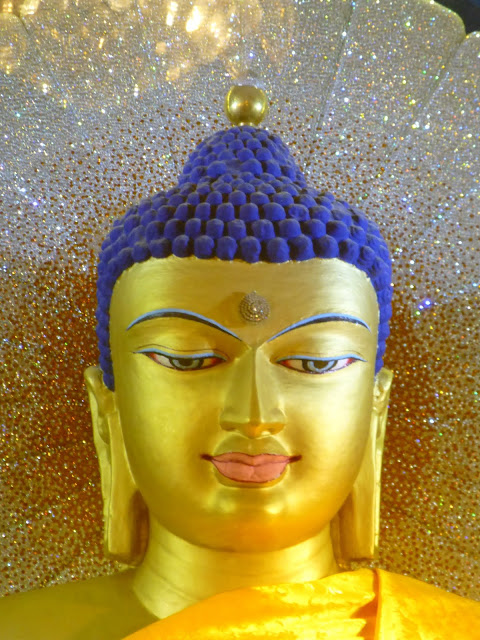 I am very sure many of you must have come across many Buddha statues in which a small dot appears between the eyes. This particular dot in Bhutan is known as “Dzomyu” or the Third Eye. 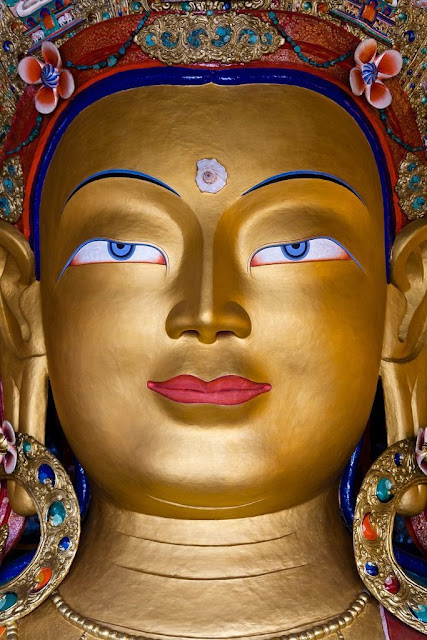 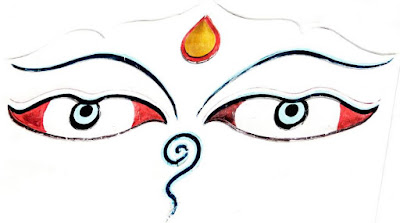 It may be seen and understood easily that the eyes in the Buddha statues are also of two kinds. The material eyes are the two eyes, which see the outer world while the inner eyes, or the one, which sees the Dharma is the one in the middle of the two material eyes.
The third eye therefore refers to Eye of Consciousness, which asks followers to see the world beyond their physical eyes. It advises people to see the world with their mind.
Activating the third eye in oneself is a tough accomplishment but not an unachievable one. It is possible through meditation. Mastering the art and practice of meditation will gradually help us to activate the pineal gland and the pituitary body. 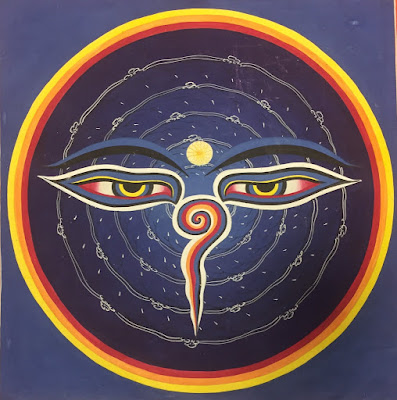 This not only teaches us to relax but also helps us to open our mind to limitless possibilities. Once this is achieved, clairvoyance can be reached. People who are known have the capacity to use their eyes due to tough practice of meditation are sometimes known as seers. 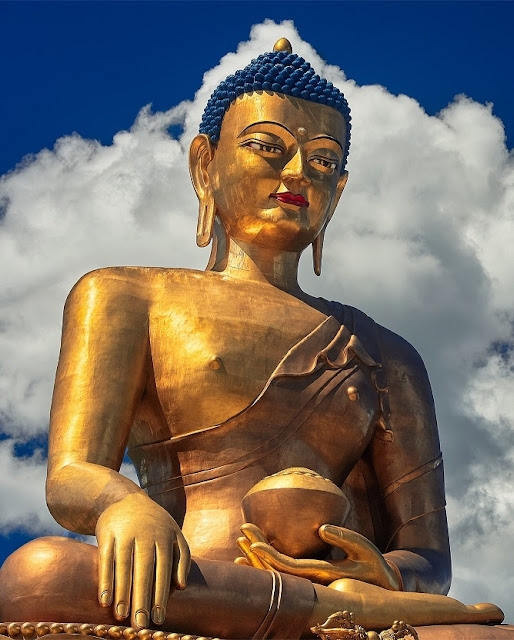 A dzomyu or “third eye” of Buddha at Kuenselphordang, Thimphu comprises of 1,000 diamonds and 18 carat gold in the shape of a conch shell. His Holiness 70th Je Khenpo, Trulku Jigme Chodra had consecrated after the installation during construction. 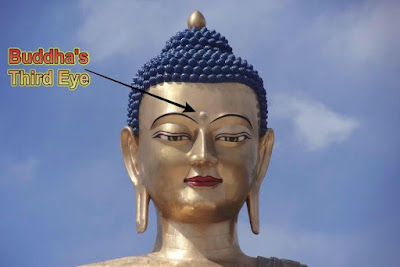 It was made in Hong Kong that weighs about 10 kg and cost 5 million US Dollars. Just see the magnitude of importance of third eye form the cost of it.
The world tallest sitting Buddha at Kuenselphordang is believed to radiate auspicious energy over the country and to all parts of the world, bestowing blessings, universal peace and happiness to the whole world. As explain the concept of Buddha’s third eye, please always reflect your inner self and do good things always. 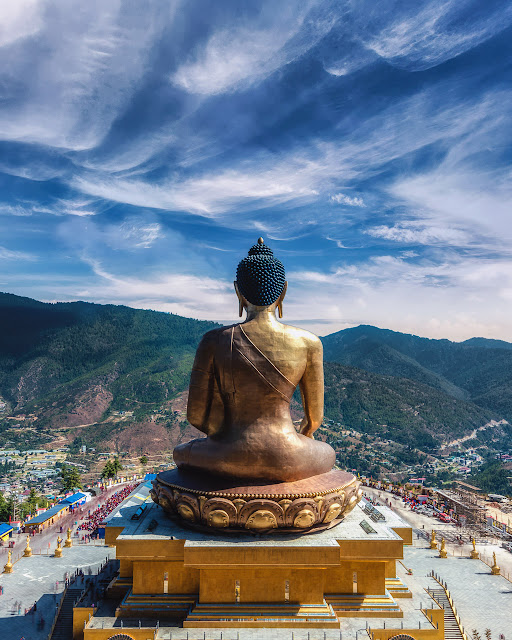 Many Stupas are also seen with Buddha’s eyes with third eyes prominently featuring on it. The meaning are same. 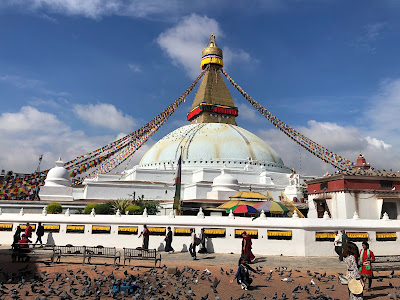