The five deities that constantly resides within our body 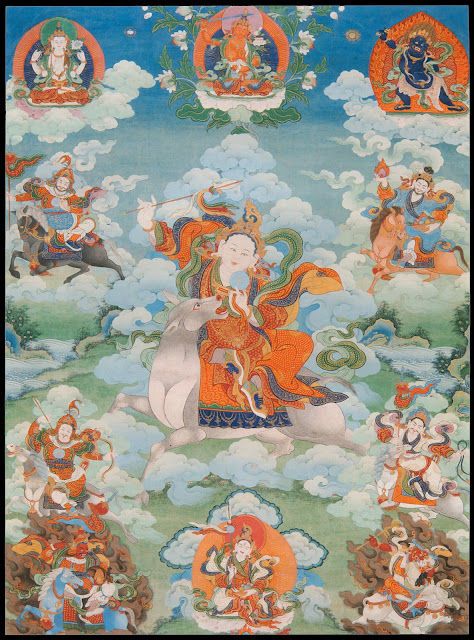 You will be surprised to know this. Five deities constantly guard our body from the birth till the death. The five deities are the five protector guardians who reside in the human body. These forces that accompany human throughout their life are concerned with protecting human against external dangers, as well as looking after their general wellbeing.

It is believed that the five deities are born with and accompany each individual human on their life journey. They stay on the body at the crown of the head, heart, right armpit, left armpit, and right shoulder. They function as private deities governing health, wealth, luck and good fortune for each person. This belief system is indigenous to Tibet, Mongolia, Bhutan and Central Asia and the five deities are tolerated in Buddhism and some ritual offering texts can be found.

According to the 5th Dalai Lama 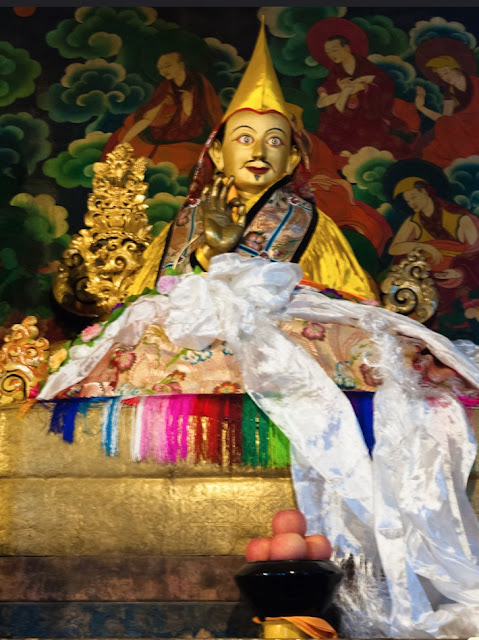 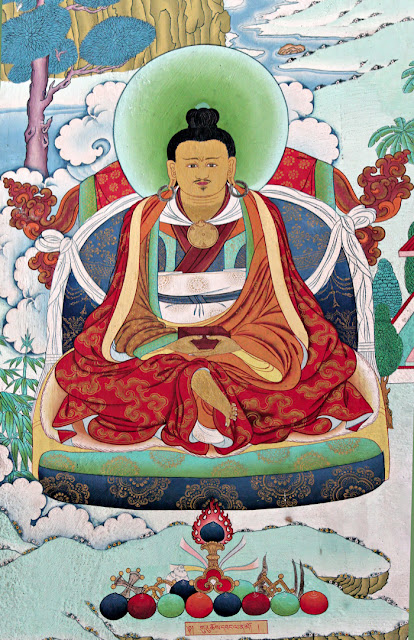 who first introduced the Five Personal deities into a Buddhist context. In modern times it was the 5th Dalai Lama (1617-1682) who wrote a ritual text and further popularized the practice. The 4th Panchen Lama, Lobzang Tenapi Nyima (1782-1853), also wrote a liturgical text for the Five Personal deities. The first known Sakya text was written by Dagchen Kunga Lodro (1729-1783) who clearly states that his writings are based on the text of the 5th Dalai Lama. He also mentions very clearly in the first few lines that the group of protection gods belongs both to the Bon religion and then the Buddhist religion. 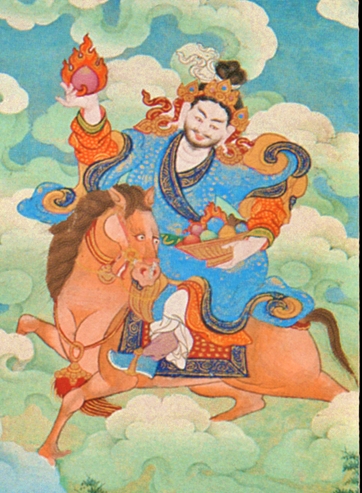 The Pho Lha, or "male ancestral deity," lives under the right armpit. Invoking this deity gives long life and protection against injury. In women, it is replaced by the Mo Lha, or "female ancestral deity," which lives under the left armpit. The Male God (po lha) has a body white in colour, youthful, with flowing silks, holding a bucket filled with precious gems, wearing a blue cloak and adorned with jewels and a silk turban; riding an excellent white horse. Emanating forth the father's brothers, paternal ancestor deities and the thirty deities of fate; wearing silk clothing and adorned with jewels. 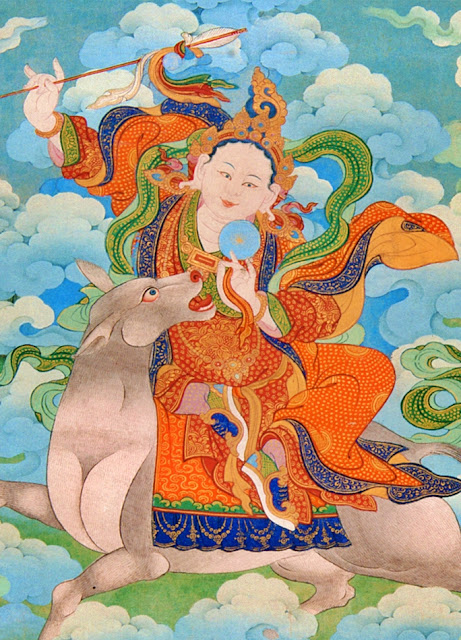 "The Female Goddess (Mo Lha) is beautiful and attractive wearing feminine silk clothing, with a body white in color, one face and two hands. The right holds an arrow with silk streamers and the left a mirror. Wearing a blue cloak, a jeweled diadem and adorned with various ornaments; riding a hind, emanating forth mother, maternal aunt and maternal uncle male deities in the attire of middle age. Further emanating vultures as minsters and gathering together attractive mother deities and medicine ladies; emanating youthful girls as numerous hinds.
The Pho Lha protects the outside of the house, while the Mo Lha under the name Puk Lha keeps watch over the inside. When moving house, care must be taken not to disturb the Puk Lha, otherwise the woman may fall ill. If this occurs, the new dwelling must be purified by ceremony. 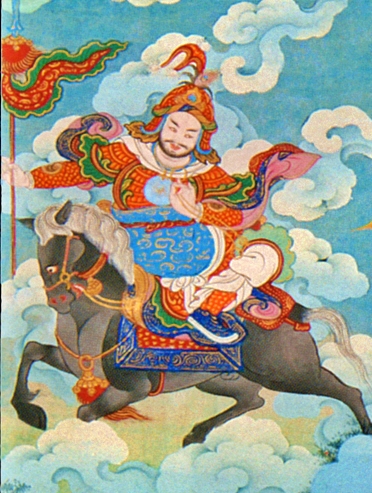 The Sok Lha is the deity of the life force. It lives in the heart and protects the vitality. It is also known as Zhang Lha, "Deity of the Maternal Uncle."
The Life God (srog lha) is in the aspect of a white middle-aged male wearing armor and a helmet, holding a spear with silk streamers and a lasso. A bow, arrow and knife are bound at the waist; riding a swift black horse, emanating forth many white men and horses. The male deities are wearing silks and adorned with jewel ornaments. 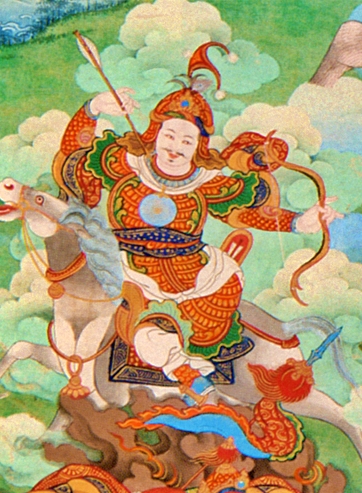 The Yul Lha or "Deity of the Country'" lives at the crown of the head. It protects reputation, prosperity, and the link that one to one's native place.

The regional God is white, holding an arrow and bow, wearing armor and a helmet: riding a superior white horse. Emanating forth-religious brothers, masters of the land, many white yaks and flocks of sheep, fortress deities, of houses, etc., of marvelous places of protection. Dra Lha or "Warrior Deity" lives on the right shoulder and defends.  In this role, especially warriors invoke it.  It must be worshipped at least once a year to give protection against enemies and opponents. After death in the Bardo of Becoming, the Dra Lha joins the deceased before the Lord of Death, Yama, and defends him by tallying his with white pebbles. The Dra Lha is therefore also, good conscience inside one" or "the innate good spirit,” as opposed to the "innate evil spirit," who keeps a tall with black pebbles.

The enemy god is holding a spear with silk streamers and a lasso, the head bound with silk, wearing an excellent cloak of white silk and jewel ornaments; riding a swift white horse. Emanating froth spiritual friends and man armored with virtue, and many birds, wolves and wild yaks.

Rituals
Whenever you are struck with problems, you always consult an astrologer. Astrologer on referring his books tells you to appease Pho Lha, Mo Lha, Yulkha and so on. Who are these deities? These are the deities I explained above. So hereafter don’t be surprised, these deities always stays within your body and if disturb will create trouble. So it is very important keep your body clean and time-to-time appease them by way of offering foods, Dralha sang etc.