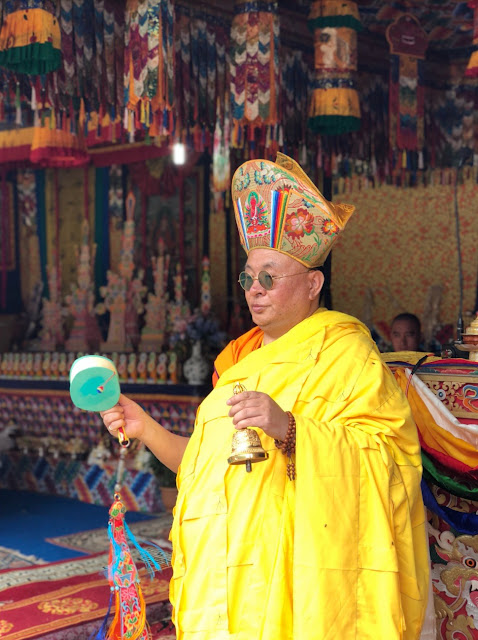 In Bhutan we follow Vajrayana Buddhism, but many (lay people) don’t know what is Vajrayana?

Vajrayana is one of the three major Buddhist schools (Theravada1 , Mahayana2 and Vajrayana3). It was mainly developed in Tibet, Nepal, Bhutan and parts of Mongolia. “Vajra” is the weapon wielded by the god Indra and “Yana” means vehicle 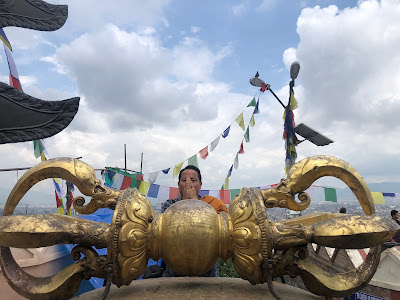 In Vajrayana Buddhism, there is large emphasis attached to the union of wisdom (prajna) with compassion (Karuna). It is symbolically represented by Yab Yum representing the union of male and female. 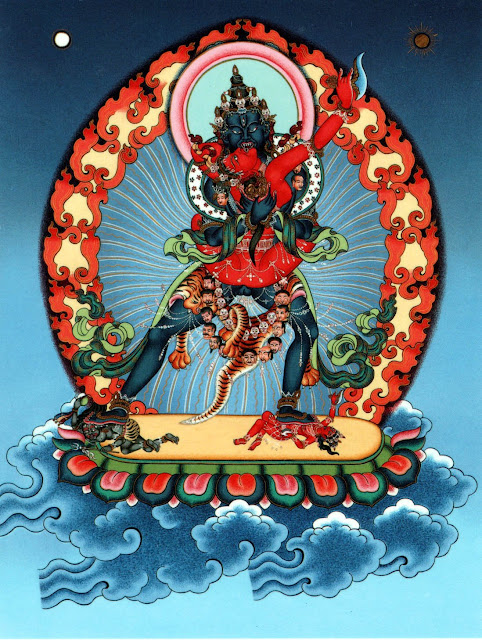 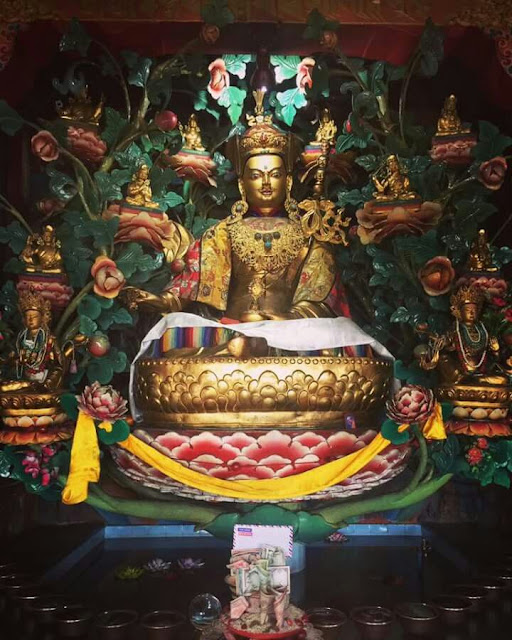 1.    The philosophy of Vajrayana draws on Prajnaparamita Sutra as in Mahayana. However, in Vajrayana, there is a collection of practices or sadhanas which are about meditation exercises. Vajrayana Buddhism proposes that it can provide a faster path to enlightenment, reducing the need to survive many lives before reaching enlightenment. Everyone should practice it, not just the monks.
2.    Among the venerable deities, there are several Bodhisattvas (often considered as different stages of the path to enlightenment) and female divine beings called Dakini. They also worship many Bodhisattvas, important divine figures who have reached a very high level of knowledge and are working for benefit of the people in this world.
3.    The concept of Karma is very important and presumes that each being and each action are connected to each other and all of it is connected to the universe. It is believed that suffering is caused by grasping to things and experiences that are not permanent.
4.    Life is seen as a step in the cycle of birth and rebirth, known as samsara. Souls are often trapped there due to ignorance and selfishness. The last step is considered nirvana, which generally seeks to attain the level of enlightenment of the bodhisattva. Therefore, the greatest objective of the individual should be to become a fully awakened Bodhisattva. The final gesture of compassion is to make the decision not to enter into nirvana but to return to the world to help others achieve enlightenment.
5.    As found in different schools of Mahayana Buddhism, Vajrayana utilizes the concept of upaya or whatever works philosophy. In accordance with upaya anything that brings one step closer to enlightenment is desirable. The principal upaya in Vajrayana is the use of Tantra. The chief technique which is found in Vajrayana is the use of prayer and focused meditation upon a single deity. It also attaches a lot of importance to the practice of rituals and liturgical practices.
Rites and Practices 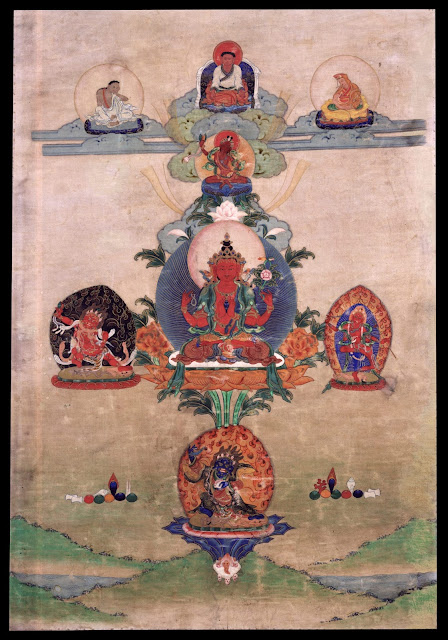 ·      Visualizations in which one identifies with a particular deity or Bodhisattva to reach a particular trait it displays.
·      Chanting of mantra to connect the Vajrayana practitioner with their personal deity. 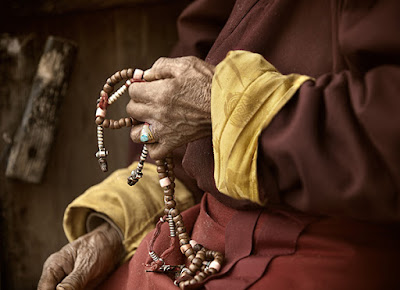 ·      Mudras or use of hand postures representing different deities and all possible states of consciousness. 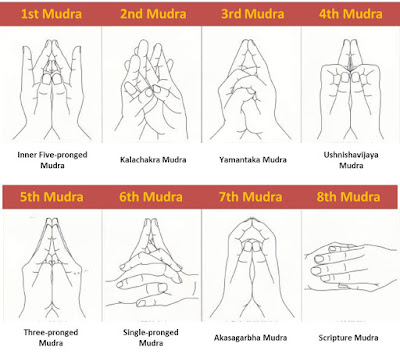 ·      Mandalas which are symbols and thematic representations of meditation. 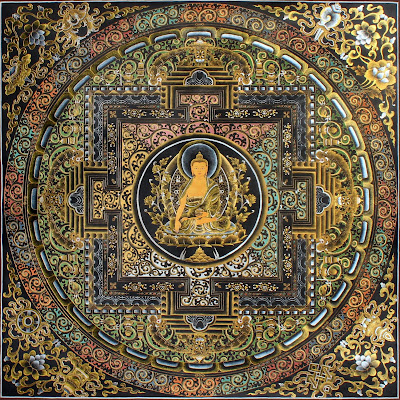 ·      Thangkas or wall paintings which also act as a meditation aid. 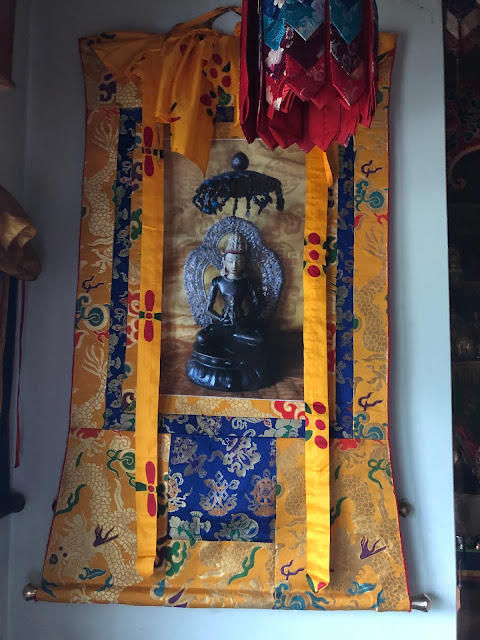 ·      Prostrations to use the body as a vehicle of enlightenment. 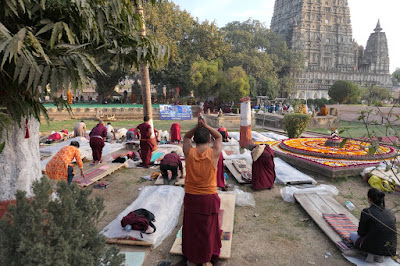 ·      According to Vajrayana Buddhism, until Tharpa has been reached, a soul will be reborn again and again. Between death and next life, it will pass through different stages of consciousness called Bardos. The passage through Bardos determines the kind of life the soul will be reborn in. 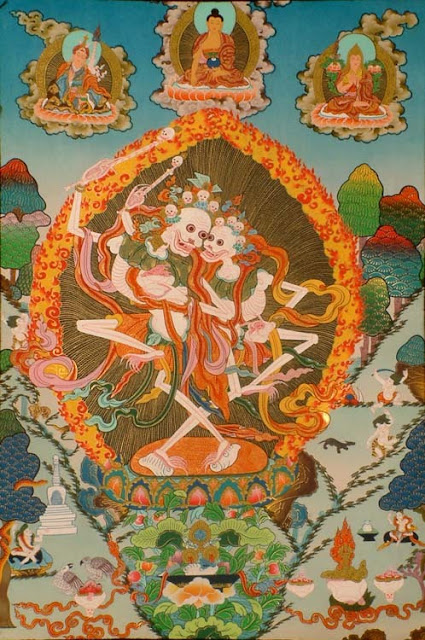 The Vajrayana Buddhists view is completely in tune with what the Buddha taught. However many Buddhist practitioners had felt that mankind was not yet ready to receive such knowledge. Laymen in particular, according to them, were are not fit to learn Tantric practices taught in Vajrayana. They can be misused and are dangerous.

To learn more on Vajrayana,  check this link:
https://www.karma-kagyud.org.sg/media/attachments/2017/04/09/introduction-to-vajrayana-1.pdf

1. Theravada (The School of the Elders)
The Theravada provides teachings about cause and effect (karma), as well as pacifying meditations to create distance from difficult thoughts and feelings. Following these teachings – also described as the Small Way (Sanskrit: Hinayana) – the understanding arises that thoughts and feelings are not personal. This gives us the opportunity to act in a beneficial way and accumulate positive karma.
The teachings spread mainly through countries in South-East Asia, including Sri Lanka, Thailand, Cambodia, and Burma. Today, the School of the Elders (Sanskrit: Theravada), is the closest example of this type of Buddhism. Their goal is liberation from all disturbances.

2. Mahayana (Great Way)
Mahayana teachings attract people whose primary motivation in life is to be useful to others, also known as the Bodhisattva Attitude. The teachings and meditations of the Great Way aim to gradually increase compassion and wisdom. Supporting development on this way is the wisdom that the world is like a dream. Therefore, it can be changed through our thoughts, words, and actions. These Buddhist teachings spread chiefly through northern Asia – into Japan, Vietnam, China, Tibet, Bhutan and Korea. For this reason, the Great Way (Sanskrit: Mahayana) schools are also known as Northern Buddhist schools. Their goal is to become not just liberated, but fully enlightened for the benefit of all. The Mahayana includes the Theravada teachings.

3. Vajrayana (Diamond Way)
Buddha’s teachings described as the Diamond Way (Sanskrit: Vajrayana) are about the mind itself. These direct teachings that Buddha gave are for those who have a special kind of confidence. They understand that they can only perceive perfection outside because they have the same innate perfection inside. In Vajrayana, the Buddha is not considered a person; rather he is a mirror to our own mind. The teachings point out mind’s perfect qualities directly. They are often known as Buddhist Tantra. When Buddhism was destroyed in its native land, these teachings survived mainly in Tibet and Bhutan. The Vajrayana also includes the Theravada and Mahayana teachings.