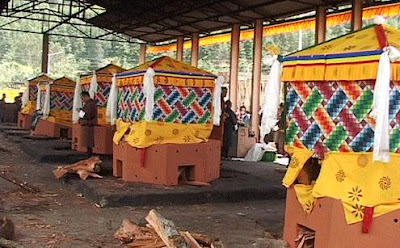 Cremation is the most common practice throughout the country. People prefer to cremate the body of a family member at a charnel ground, which has been prepared in accordance with the mandala of Buddha Akshobhya, and consecrated and blessed by highly attained lamas. 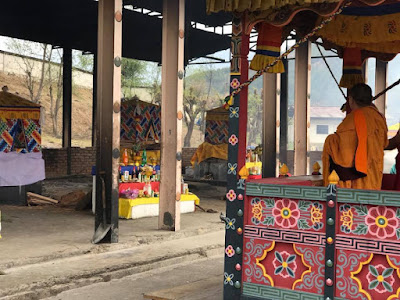 The Hindus in the southern foothills cremate their dead on riverbanks so that the ashes and remaining debris are easily disposed of in the river. 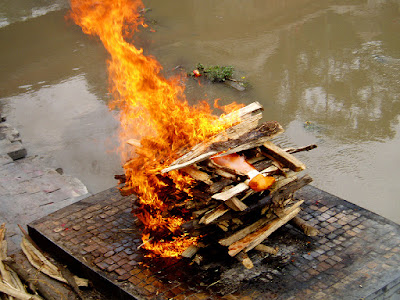 People in Merak and Sakteng communities dispose of dead bodies in the river or else bury them underground, 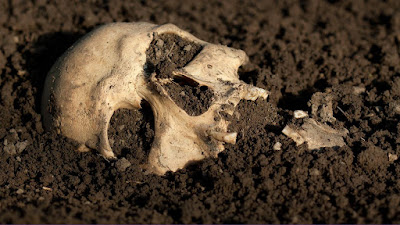 while in places like Lingzhi the dead bodies are left on a flat stone at a higher elevation for the vultures. 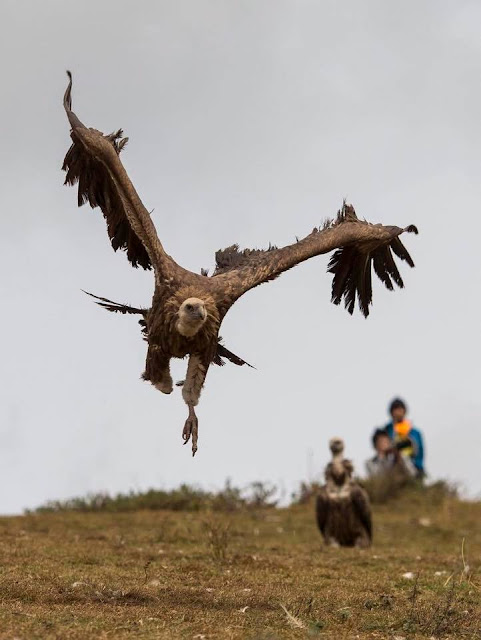 In the Lhop community, the dead body is buried above the surface of the ground within a stone mound which is plastered to make it air proof.
Where cremation is practised, dead children below the age of eight are not allowed to be cremated. In olden days, they were either taken for sky burial on high mountain tops where vultures could feed on them, or they were buried in the river, weighed down with heavy stones to prevent them from being carried downstream.
Sky burial is discouraged these days, however. 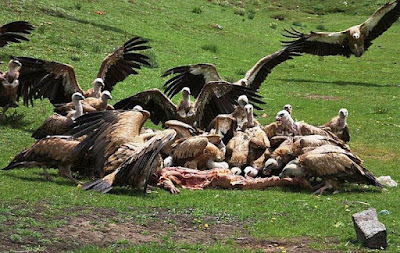 In the event of a death, it is of utmost importance to seek divination from an astrologer before disposing of the body. Based on his ruling, various religious and charitable activities are organised in the name of the deceased. 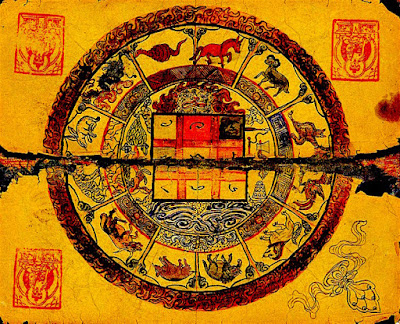 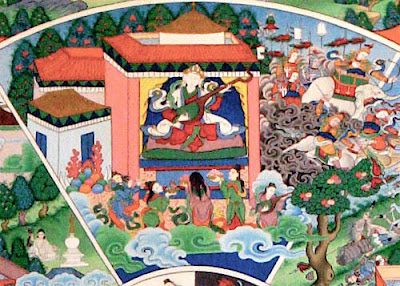 The virtuous person will either take rebirth as a human being, or be reborn in the pure realm of a Buddha field, from which they may travel the path towards enlightenment without falling back into the lower realms.
The Buddhist tradition of funeral rite continues for 49 days after death. Aspiration prayers for the deceased are recited and rituals performed almost daily by those who can afford it, depending on the availability of monks or gomchens and nuns.
Those who cannot afford daily rituals, must at the very least initiate the droda zhip on the 4th  day since the death, duen tshi on the 7th  day, chuzhi tshi on the 14th  day and nyishu tsachi or gewa on the 21st  day and finally zhipchu zhegu on the 49th day for performance of kangsha (prayer rituals) to the various forms of Compassionate Buddhas (mithrugpa and chenrezig), without fail. 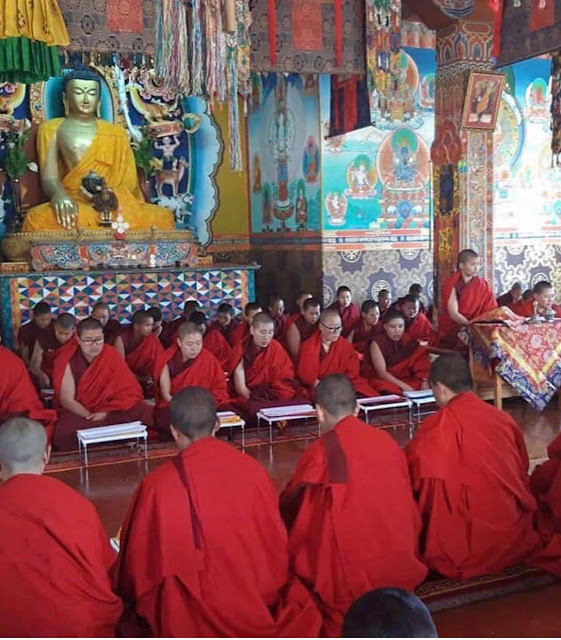 The family also conducts a ritual at the first anniversary after the passing away of the person, but for those who can afford it, the anniversary ritual can go on up to any number of years from the third year onwards.
Relatives and intimate friends will try to attend all the rites including the annual rites, but people from the community will prefer to come mostly during the last two days (i.e. 21st and 49th days since the death).
Following the funeral rite, a drigo (meaning, an effigy or a photograph of the deceased) is kept in the corner of the shrine room and offered meals, butter lamps, tshog (other forms of food), fruits and drinks every day, starting with the first day of passing away, until the 21st day rite, after which the drigo is removed. 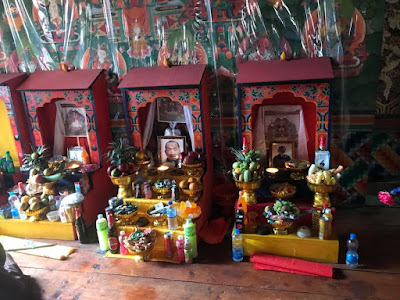 This is because the soul of the deceased is thought to hover around the body instead of leaving to seek the path of liberation.
After cremation, any remaining fragments of bone are collected from the cremation site, then ground into powder, mixed with clean mud and made into tshatsha (mini stupas). These are laid in caves, on ledges of cliffs and at other sacred sites before the 49th day. 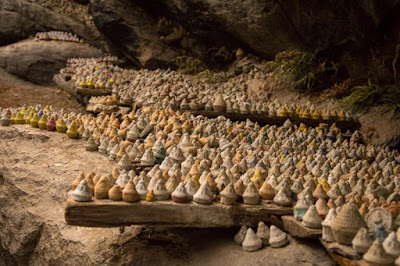 One hundred and eight prayer flags printed with the Chenrezig mantra (om mani padme hum) are hoisted for the deceased, in order to benefit all sentient beings.

Customarily, the sixsyllable mani mantra would be sung melodiously with heartfelt devotion by those present at such rituals, but the practice is slowly diminishing, either because people nowadays do not know the tradition or because it is coming to be seen as obsolete.

Even in remoter areas of the country, the tradition is no longer very strong.