DELOK the one who visit hell realms 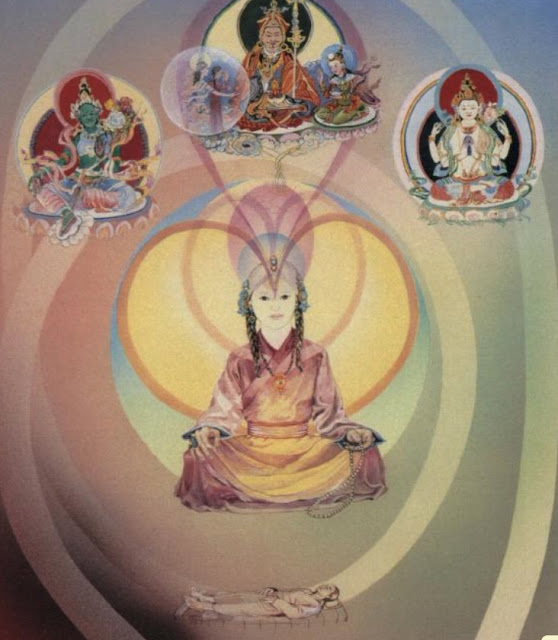 Delok means returned from death, and traditionally deloks are usually woman who seemingly "die" as a result of an illness, and find themselves traveling in the bardo.
They visit the hell realms, where they witness the judgment of the dead and the suffering of hell. They can be accompanied by a deity, who protects them and explains what is happening.
They come back to earth to tell people what they have witnessed and bring messages from the dead to the living.
They also bring message from the Lord of Death for the living, urging them toward spiritual practice and a beneficial way of life. 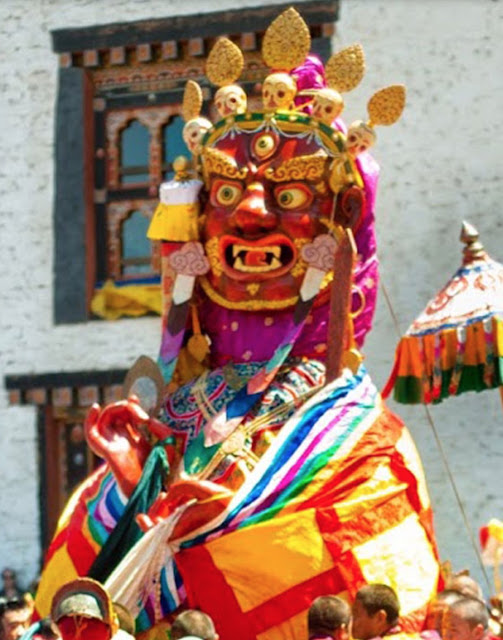 Delok's role authentics the existing of hell, where one has to go through depending of one's action while breathing on the earth.
Their experience becomes a healing narrative, helping many people to be mindful of what they do as DELOK brings message from people that suffer in hell. 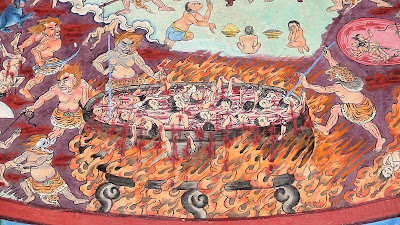 DELOK at regular intervals visit hell realms during séances (meeting at which people attempt to make contact with the dead, especially through the agency of a DELOK) which occured on auspicious days of the month.
After an initial crisis or sudden illness, which causes their first “death” and travel to the netherworld, the delok “dies” for several hours or even week on auspicious days of the Buddhist calendar.
Once they return back to life many people will come and ask her about news from their deceased relatives, and accordingly perform pujas and rituals for the deceased in order to speed their release from hells.
A decade back DELOK do exist in Bhutan. One in Khamdang, one in Gongthong, and the other one in Paro. However I am not sure of its existence today. My blog friends can help me to locate one.
Delok is the person who can deal with the world of the dead, which ordinary people cannot reach other than after ceasing life. 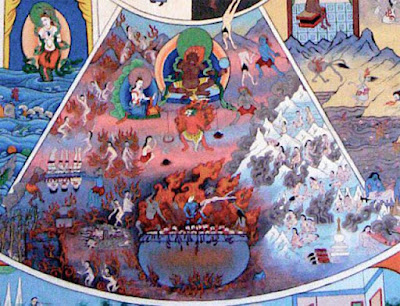 Since the delok blurrs the boundaries between the worlds of the dead and the living, she is seen as a potential threat to ordinary people and therefore her presence was not permitted during births and funeral rites.
There is also a fear of herself becoming polluted by these lifecycle events if she tend to visit such places or event.
The function of the delok goes beyond being a messenger between the living and the dead.
As a woman, she is seen as being closer to everyday life worries of ordinary people.
Through her trance and contact with dead relatives and ancestors as well as the Lord of Death she advises the living on problems affecting them personally, in their family or the community.
She exhorts her clients to behave in morally right and appropriate ways and thus restores the socio-religious order of the Buddhist communities. 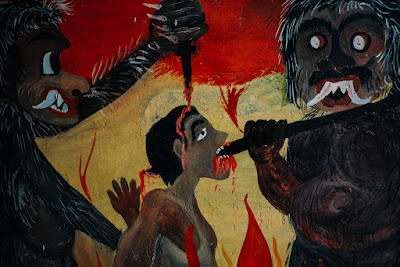 However, deloks under normal circumstances refuse to die as they are frightened that their body would be cremated before she returns to earth.
Lingza Chokyi was a famous delok who lived in the sixteenth century. In her biography she tells how she failed to realize she was dead, how she found herself out of her body, and saw a pig's corpse lying on her bed, wearing her clothes.
Frantically she tried in vain to communicate with her family as they set about the business of the practices for her death. She grew furious with them when they took no notice of her and did not give her a plate of food.
When her children wept, she felt a "hail of pus and blood" fall, which caused her intense pain. She tells us she felt joy each time the practices were done, and immeasurable happiness when finally she came before the master who was practicing for her and who was resting in the nature of mind, and her mind and his became one. 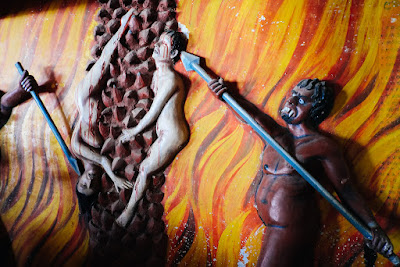 After a while she heard someone whom she thought was her father calling to her, and she followed him. She arrived in the bardo realm, which appeared to her like a country.
From there, she tells us, there was a bridge that led to the hell realms, and to where the Lord of Death was counting the good or evil actions of the dead. In this realm she met various people who recounted their stories, and she saw a great yogin who had come into the hell realms in order to liberate beings.
Finally Lingza Chokyi was sent back to the world, as there had been an error concerning her name and family, and it was not yet her time to die.
With the message from the Lord of Death to the living, she returned to her body and recovered, and spent the rest of her life telling of what she had learned. The phenomenon of the delok was not simply a historical one; it continued up until very recently in Tibet. 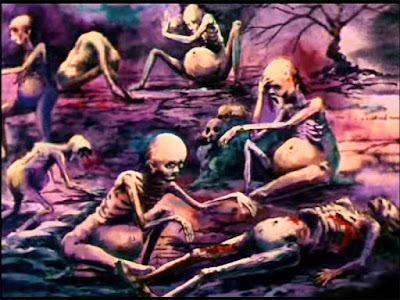 Hope everybody watched a film on DELOK KARMA WANGZIN, which depicts deloks visit in hell with her deity. My brother Kelzong Dorji Kazi played the main character in hell and his word ahtsa ahtsa, alala, kuchey sumchey in hell was a reminder to everyone to be good when living on earth.