TORMA we are offering today is not an offering. 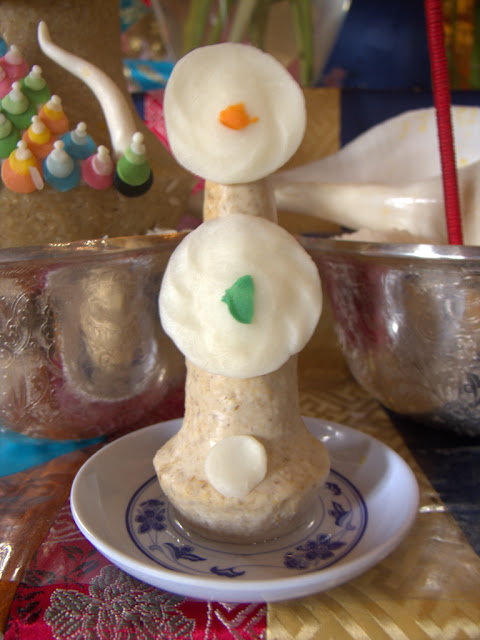 Torma is a ritual cake, made from butter and roasted barley flour. It is colored with dyes, which can symbolize a deity, a mandala, an offering, or even a weapon.

Tormas are usually ornamented with kargyen, 'white ornament', which are disc-like decorations of the sun and moon, four-petalled flowers, lotus bases and dissolving-point shapes known as nada. For special rituals, deity figures are also curved on the tormas. 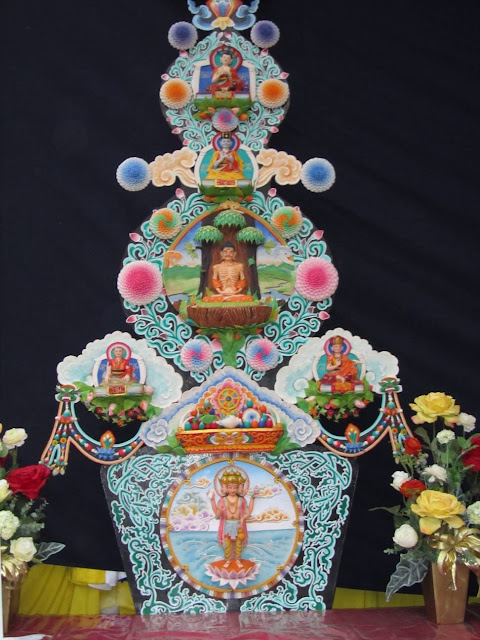 Around a decade back, I have seen Kargyen done only using pure butter. Monks were usually seen struggling to put the butter Kargyen, time to time rubbing Nakupani (natural detergent) to prevent butter sticking on hand. 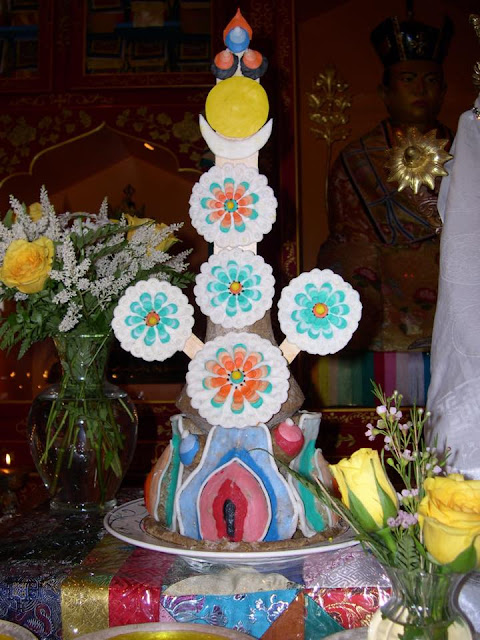 People say a famous saying " Laya Luentshi Magi Ze, Tom Kargyen Maba How Tong Haha"(Laya and Luentshi a place with abundance of butter, a Torma without Kargyen look incomplete and funny) if insufficient Kargyel is seen on the Torma.

Nowadays, the Kargyen was put effortlessly using readymade stuff, a butter mixed with dalda and candle wax. I personally feel, the very purpose of offering Torma is totally defeated if such impure Kargyen is offered. Ironically this is the accepted procedure today. I doubt it will be of any beneficial. 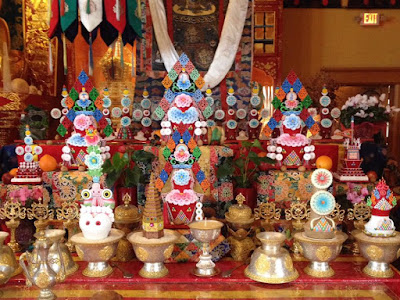 The old tradition of roasting Torma on fire and eating is now extinct. I recollect how I enjoyed taking roasted Torma as everything is eatable then. Some people even make thukpa out of it.

Today we can't take Torma like in olden days. Torma are made with raw wheat flour mix with roasted flour and Kargyen with dalda mixed with candle wax. It is not eatable. The stuffs are thrown after the rituals. I really wonder whether it can appease the deity to whom it was offered. 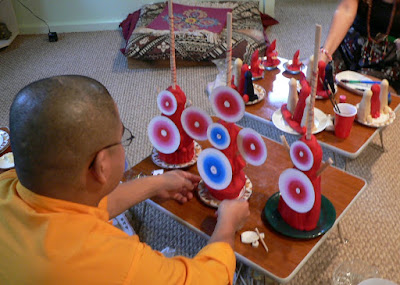 Anyway please seriously consider using pure butter and getting back to our age old tradition.

As for the term ‘torma’, Guru Padmasambhava said: 'tor’ means to give without attachment, and ‘ma’ means completely present. 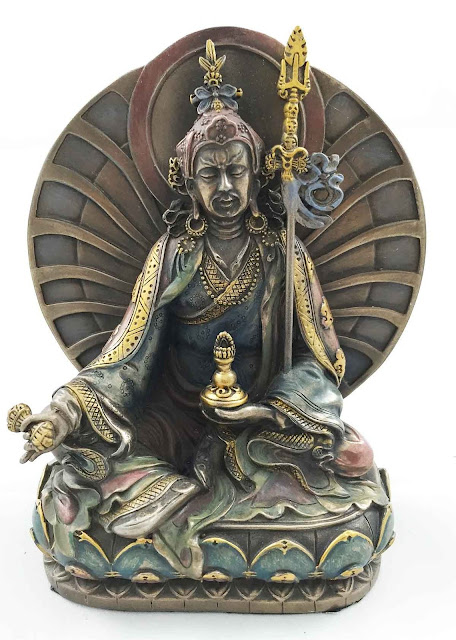 Tormas are offering cakes. They symbolize the food offering.  Symbolic offerings at one time (pre-Buddhism, naturally,) may have been substitutes for living beings.

Although a torma has specific characteristics that depend upon the deity to whom it is being offered, all tormas have three fundamental elements to their construction: foundation, body, and decoration. These symbolize respectively the qualities of body, speech, and mind. The Torma offering that we are practicing today is still in accordance with the instructions of the Buddha.

The origin of the tormas we offer is described in the following account. 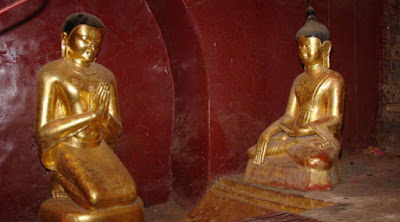 Once, at the time of the Buddha Shakyamuni, as Ananda was practicing the Dharma in the forest near the city of Kapilavastu, a frightening preta spitting fire through his mouth appeared in front of him. He told Ananda, 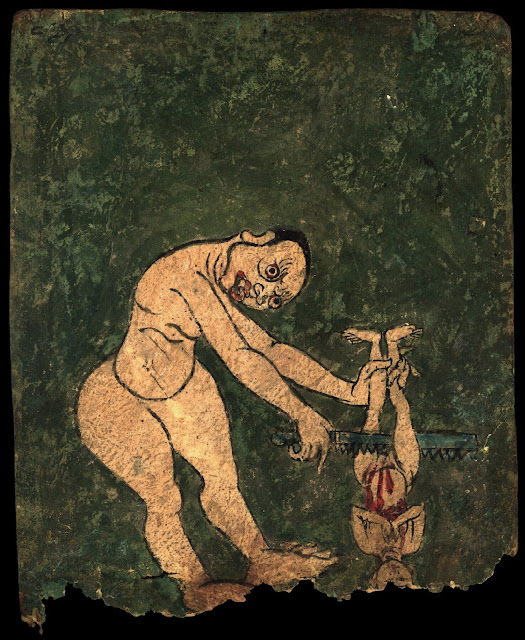 “You have only seven days left to live, at the end of which I will eat you.” Ananda, extremely scared, ran to the Buddha and told him what had just happened. The Bhagavan replied, “Make a torma of infinite magnificence, bless it with mantra, and offer it. This will liberate you from the fear of untimely death and lead you to accomplish infinite qualities.” 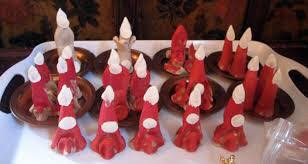 So please offer pure eatable torma  and don’t worry about looks and quality.