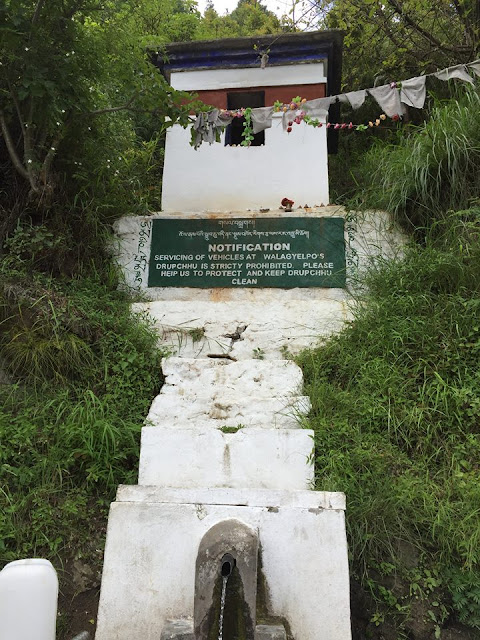 How did this Drupchhu originated?

Well! There lived an old (gyap) man in Wolakha village, whose determined faith in Lama Drukpa Kuenley made it possible for him to meet the lama one day.
Upon meeting his well-regarded lama, he had requested for a discourse that would help him prepare for his death and attain enlightenment.
Lama Drukpa Kuenley agreed and taught him a short mantra and instructed him to recite whenever he visualizes him.
The mantra lyrics contain an obscene wording having references to male and female genitals.

Wola Gayp’s faith in the lama made him to recite the mantra when his family gathered for dinner by closing his eyes and folding hand in great reverence. Before he could complete the mantra, his daughter sprang up and left the room.
His wife couldn’t believe that such an enlightened lama would teach her husband such mantra. She also thought her husband must have heard it wrong. She than charged him saying even if the lama had taught such filthy mantra, he shouldn’t recite it in the presence of our daughter. 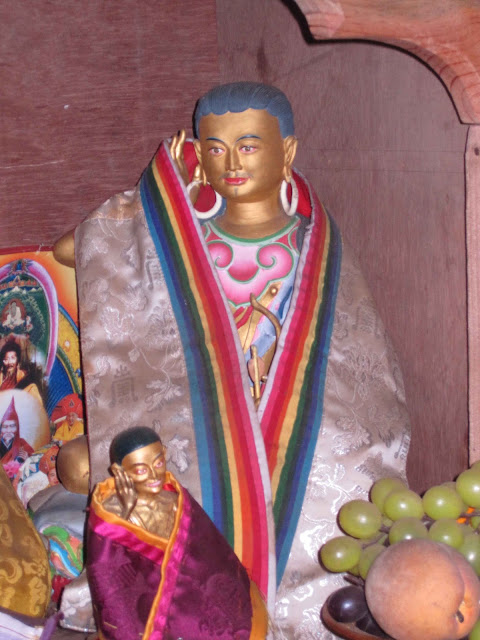 Wola Gyap replied that he is following Lama Drukpa Kuenlay instruction. He thought of his Guru during dinner so he recited the mantras. He than warned her that he will now continue to recite even at the cost of his life.
Wola Gyap kept reciting the prayer regularly and at his loud voice.
Wola Gyap became a cause of great embarrassment in his house, especially during gatherings because he kept saying his prayer loudly irrespective of who he was with. His family thought he has gone mad and confined him in a room where he continued to say his prayer day and night.
Finally they have chased him from the house. He than moved in a cave above the present Drupchhu. Days went by and he kept on reciting the mantras. Since he was not provided with regular meal he was very hungry but he didn’t stop his mantra recitation. 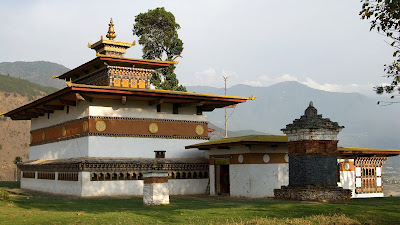 Lama Drukpa Kuenley knew about his condition that was caused by his mantras and immediately made a visit to him. The lama than made a drupchhu appear near Wola Gyap and told him:

“This water is a substitute for food and drink for you. It will be your food when you are hungry and chang (wine) whenever you want to have a drink. But do not drink it too much for you will get drunk.” Thus warning the old man, the lama disappeared.
After a month, on one full moon night, his wife sent their daughter to check out the condition of his mad husband in the cave and to their surprise found only a heap of quilt where the old man sat and prayed.
Flabbergasted, she ran to her mother who informed the relatives and neighbors about the incident. The people who gathered witnessed a bright light come up from the heap of rags and rise into the sky. A voice followed the ray of light saying,
“Lama Drukpa Kuenley has delivered me to the western paradise. You conservative people will remain where you are. Offer Lokthang Kamo, my ancestral land, to Lama Drukpa Kuenley as offering.”
The family didn’t obey the divine order and were, therefore, deprived of offspring.
The choeten crafted by lama himself at the spot where Ap Wola Gyap lived and prayed was later taken to Chime Lhakhang and is seen today as one of its most sacred objects of worship.
I have asked the Chimi Lhakhang Lama about this Stupa. It is the one inside the glass frame along with Lama Drukpa KUENLAY’s Statue.
The holy spring can be seen today as Wola Gyelpo’s Drupchu that is considered one of the holiest in the locality.

The Drupchhu lies beside the highway at about four km from Lobesa towards Punakha facing Chime Lhakhang. 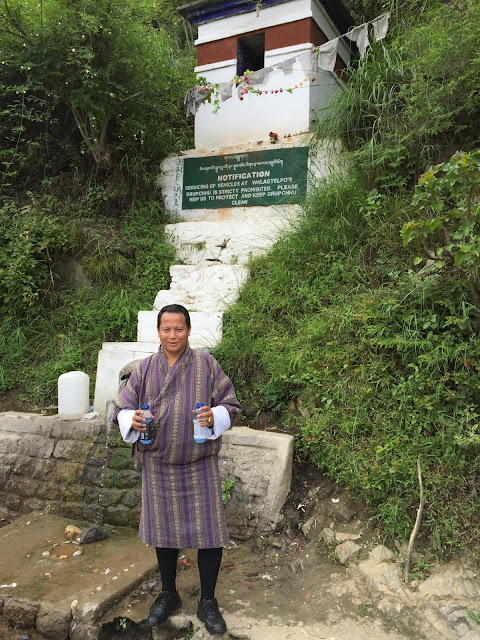 When travelling between Lobesa to Punakha please stop by and have a bottle of drupchu.
By Phub Dorji Wang at April 15, 2019
Email ThisBlogThis!Share to TwitterShare to FacebookShare to Pinterest
Newer Post Older Post Home