The Third Namkhai Nyingpo Rinpoche was poisoned and killed in Chali, Mongar. 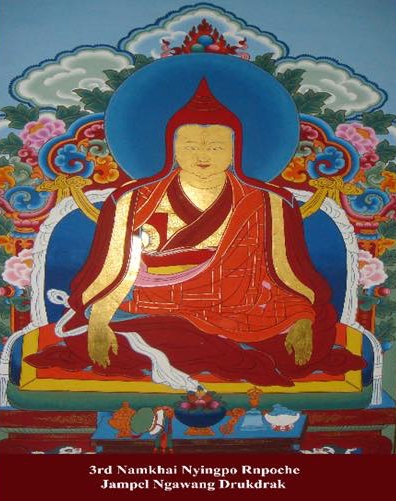 His Holiness the third Namkhai Nyingpo Jampyal Ngawang Drakpa was born in a thriving village known as Tshona in Tibet. He was recognized as the 3rd true reincarnation of Namkhai Nyingpo on the seat of Kharchu monastery.

Later it dawned upon Rinpoche that the place of his nirvana was in Lhomon Druk (Bhutan).

Rinpoche scheduled and started his pilgrimage to holy places in India from Tibet. He trekked through Kurtoe under Lhuntse Dzongkhag and reached Chali under Mongar Dzongkhag and halted few months there. 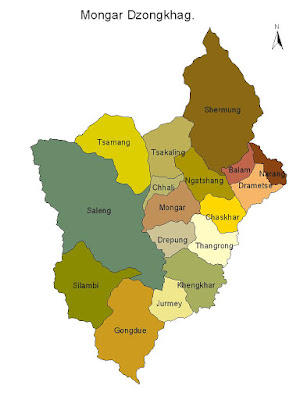 During that period, one Aum Dedon became his patron for whom Namkhai Nyingpo built a Jangchub Choeten (Stupa of Purification). Later he got poisoned and while reaching Khengkhar Rinpoche left a footprint on a stone slab, as if it was done on the mud and prayed to visit India to see all Buddha holy places in his next generations and returned. This footprint can still be seen as a sacred relic in Khengar: Nyukphu Yodsoel Thakchok lhakhang. 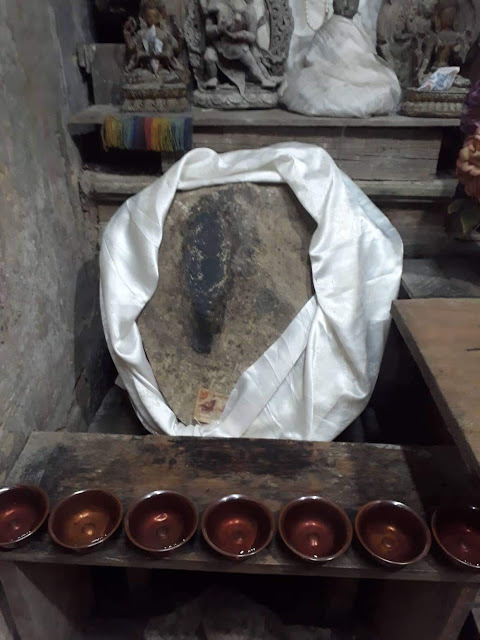 When Rinpoche couldn't resume his journey back to Tibet due to severe illness from poison, he reached again at Chali and passed into Nirvana there. Rinpoche's body was found below the tree. See image below. 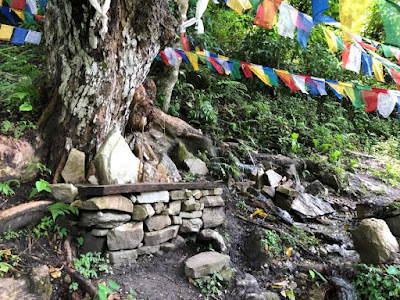 His disciples took his body and washed in a near by stream.  Lots of bloods oozed from Rinpoche's body that strained the rocks nearby. The blood of Rinpoche can still be seen today on the river rocks and the water has the smell of the Rinpoche's blood. Unbelievable. 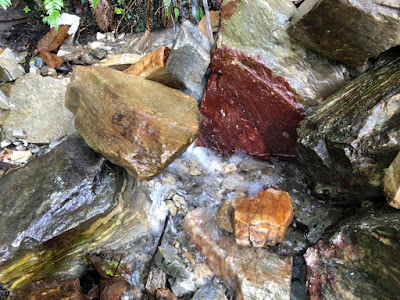 My friend Sonam Jamtsho took me to this unfortunate place. It is located below Chali around 500 m above the Mongar-Luentshi highway.

We were amazed to see the blood strain on the spot where Namkhai Nyingpo‘s body was washed. I prayed by touching the blood strained stone with Vajrakiliya Phurba. Picked up few stones that have Rinpoche’s blood. I have kept at my Altar. 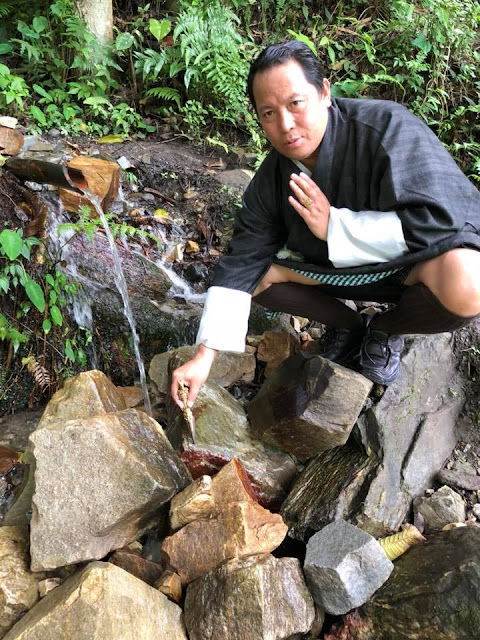 Recently His Holiness the 7th Namkhai Nyingpo visited and performed prayers at the site. I was told that the blood even appeared more. 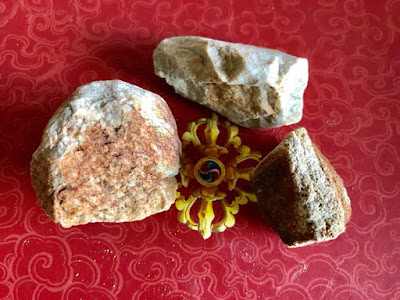 This stream is famously known as Naming chu meaning, the water of Namkhai Nyingpo. 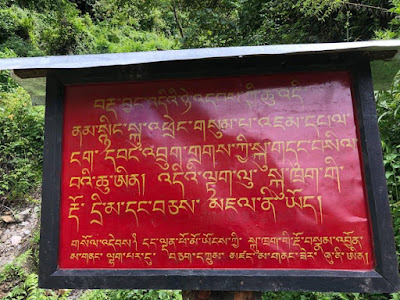 Indeed, it is really sad to hear this disloyal and cold-hearted occurrence; a great Rinpoche was assassinated by poisoning at Chali village by an unknown people. 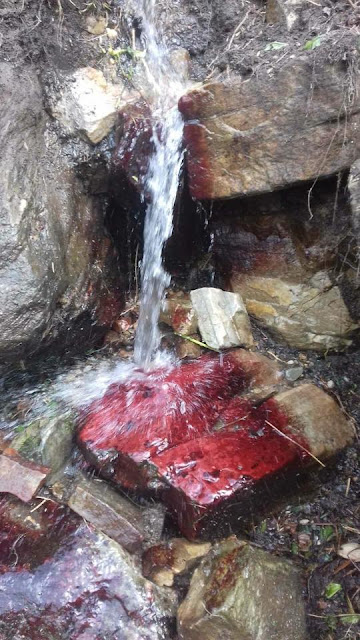 So, let us jointly offer our forgiveness prayer to His Holiness the 7th Namkhai Nyingpo Rinpoche to forgive this act of heinous crime carried by a senseless Bhutanese man. 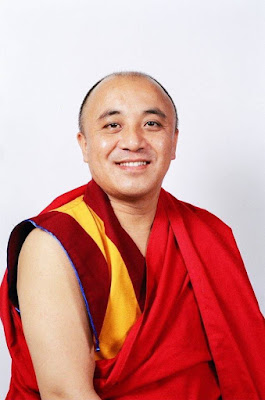 When in Mongar Please visit the site and offer forgiveness prayer.