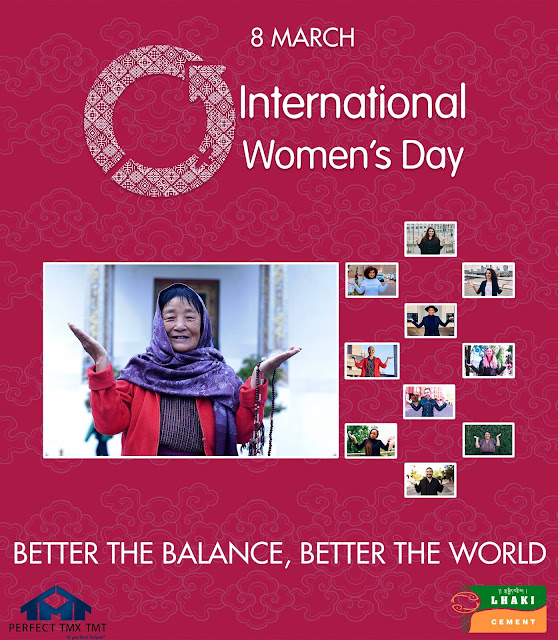 The theme ”better the balance, better the world” is also so relevant even with the Buddhist philosophy.

Every dharma practitioners aspire to get enlightenment for the benefits of all sentient beings.  The enlightenment is possible only when female and male energies are both fully present. Tara practices are generally carried out to bring enlightened female energy into our lives and that is reason all lamas and Rinpoche’s practices Tara Sadhana.

So women have to balance with male, spiritually, socially, culturally, and politically. They should represent equally in all areas of male dominance through their efforts which is lacking at the moment.

If they do ”better the balance, better the world”.

So think equal, build smart and innovate for change. It is high time.