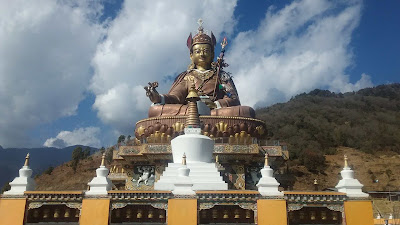 Ever since its consecration on 1st November 2015, I was longing to visit the historic statue of Guru Padmasambhava at Takela. It was only last September that I could able to reach and prostrate at its feet.

I reached late night from Mongar that day. The remaining night was sleepless; I am too exited to see Guru Rinpoche.

The next day it was raining early in the morning and it was cloudy at Takela. My friend and I rushed up towards Guru Rinpoche. The moment I saw the head of Guru Rinpoche from the road end for the first time, I had a feeling of happiness and accomplishment. 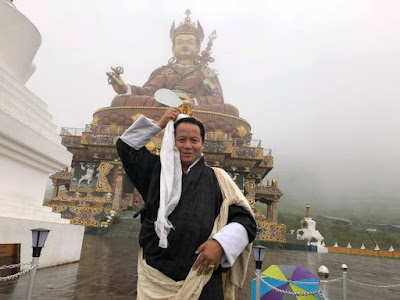 Emerging beautifully from the white cloud, we could see only Guru Rinpoche. All scenes around Guru Rinpoche were not visible, thus, conveying a message to us to concentrate only to Guru Rinpoche and no others.
Immediately made three prostration to Guru and prayed for the well being of all sentient beings.

After that we met Lopen Gelong Sonam Dawa, who was the main sculpture designer of Guru Rinpoche statue. 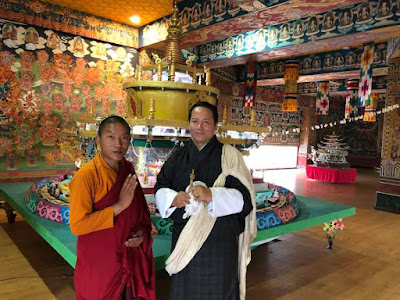 As requested he took us around and elaborately explained everything about Nagtens, Kirkhor and murals that were housed inside the Guru Rinpoche’s statue. It took 3 hours to complete the visit.

Guru Rinpoche’s statue at Takela is in a form of Guru Nangsi Zilnoen seated on the Lion Throne (Sengthri). It symbolizes the subjugation of negative forces.

It is located on a spacious 27-acre area in Tangmachu, Luentshi. Late HE Khenpo Karpo Rinpoche conceptually designed the statue.

In the 19th century, the two luminaries of the non-sectarian, H.H. Jamyang Khentse Wangpo and H.H. Jamgon Kontrul Thaye, the accomplished Dzogchen masters as well as Tertons foretold the need to construct a five-storied idol of Padmasambhave in the form of Guru Nangsi Zilnoen in Bhutan.

They said the statue would bring peace, prosperity and happiness in this universe and also avert war, famine and other natural calamities. Also Terton Lerab Lingpa prophesied that a time would come when there will be a war of horses in Kurteo valley and, to prevent this war, a statue of Guru Nangsi Zilnoen should be built.

Similarly, the late Lama Sonam Zangpo, the most revered yogi of Bhutan advised that, a giant statue of Guru Rinpoche be built in Takela in Lhuntse for ensuring continued prosperity in the world in general and Bhutan in particular.

The statue is 157 feet in height including a 40-feet-tall Lion Throne and a 19-feet-high Lotus seat (Pema). It is one of the world’s tallest Guru Rinpoche statues.

The body of the Guru up to the top has series of slabs dividing the giant statue into a three-storied of ascending sanctums that represents: 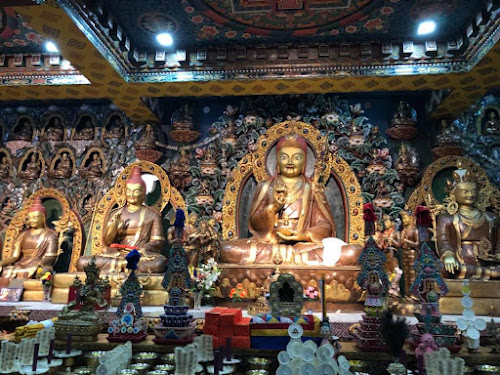 1. Guru Ngadrama (Looks Like Me) is the main statue placed in the center.
2. Khenchen Bodhisattva or Shantarakshita (a renowned 8th century Indian great abbot).

The statue were filled with precious Zung, including the relics, sutras, jewels and all kinds of the most precious substances in the world, as well as the hundred thousand four-inch-tall Guru Dewa statues.

All interiors and ceilings were painted with exquisite murals.

As the Guru Rinpoche represents Buddhas of the three times, the past, the present and the future, the giant Guru Statue is surrounded by eight big Stupas/Chortens (Dezhen Gyed) of 43 feet in height that marks the four corners of the site and four cardinal directions. 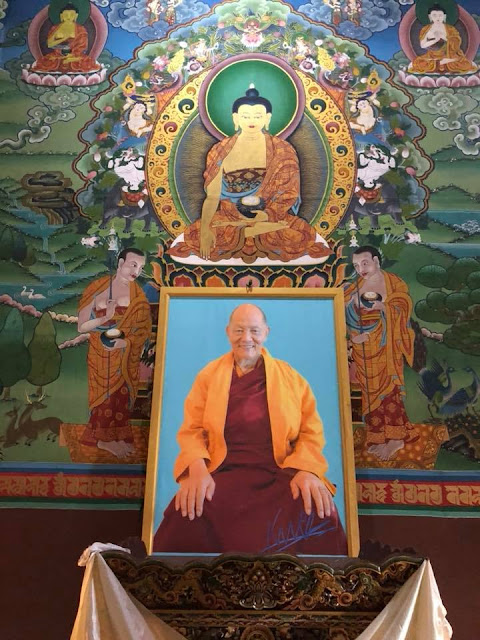 Each of the big Stupas’ interior prayer wheel contains billions of mantra of Vajrakilaya, Amitabha, Amitayus, Padmasambhava, Avalokitesvara, Vajrasattva, Dorje Drolod and Sid Dok (the mantra for the prevention of the negative forces) respectively.

In addition to the big eight Stupas, there were small Stupas built in between forming a circumambience of 108 Stupas in total. With all these in place the entire complex symbolically represents the Mandalla/Kilkhor (the outer Cosmos) with the Guru in the center 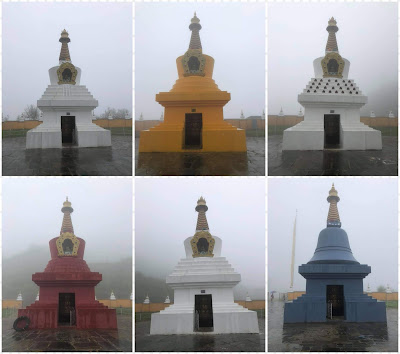 It is truly a Great Guru Rinpoche Statue in Luentshi, the place that was blessed by Guru Rinpoche with many neys including sacred Singye Dzong etc.

All must visit and receive blessing from this great statue.

As Yarney was going on we have offered lunch and winded up our visit to this great statue.