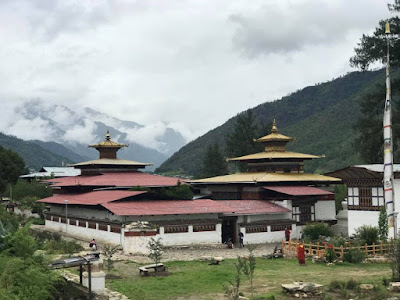 Kichu Lhakhang is one of the oldest temples in Bhutan, originally built in the 7th century by the Tibetan Emperor Songtsen Gampo. It is considered to be one of the 108 border taming temples he built. The king is said to have built 108 monasteries in a day throughout the Himalayan regions of which Kichu Lhakhang in Paro and Jampa Lhakhang in Bumthang are the two. Kichu was originally a small structure at the time of establishment.
Owing to Jowa (Buddha) as its main statue, the Lhakhang was also known as Jawo Lhakhang. In the 8th century Guru Rinpoche visited the temple and it is believed he concealed many spiritual treasures here.
During the 12th century the Lhakhang was under the control of one of the Lam Kha Nga (Saints from five different schools), and during the 13th century it was handed over to a descendant of Phajo Drugom Zhigpo's son Nyima.
In his The Nyingma School of Tibetan Buddhism: Its Fundamentals and History, Jigdral Yeshe Dorje (2nd Dudjom Rinpoche) records that the Jowa Temple of Kichu could not be seen and that Terton Pema Lingpa (1450-1521) uncovered the temple and restored it as it was before. 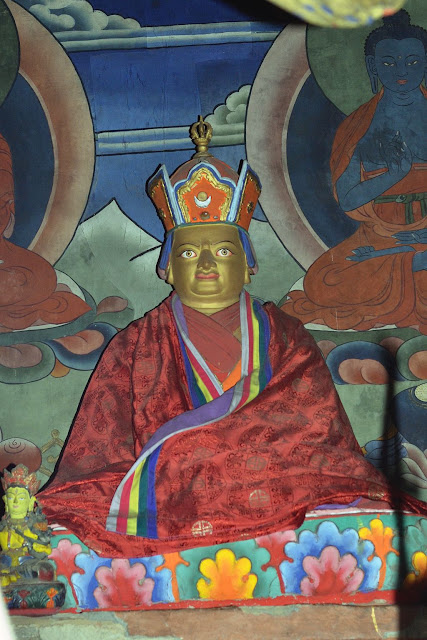 In 1644 the temple was taken over by Zhabdrung Ngawang Namgyal. From 1836 to 1838 the temple was restored and re-consecrated by the 25th Je Khenpo Sherab Gyaltshen who extended the Jowo Lhakhang and added many new statues. 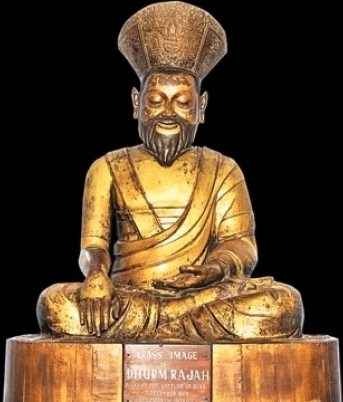 As one of the oldest lhakhangs it houses many relics which date backed from the 7th century. The oldest of them are the statues of Lord Buddha Sakyamuni and two of his disciples, Maugalbu and Sharibu. As per Lam at the Monastery, if one visits Paro Kichu Jowa Lhakhang it is equivalent of visiting Lhasa. Lhasa Jowa is an eight-year resemblance of Buddha and Paro Jowa 12 years. 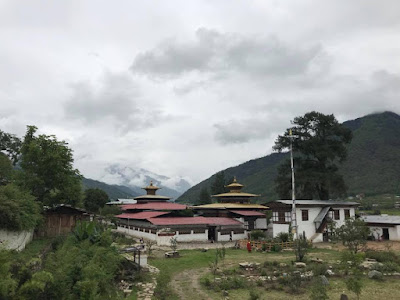 As requested, the Lam connected my traveling Guru Statue to the great Paro Jowa and Guru’s representative statue. What a blessing? The Lam also explained me in detail how these 108 Lhakhang were constructed. The whole Himalaya resembles a demoness that was subdued by Emperor Songtsen Gampo and to destroy permanently 108 Lhakhang required to be constructed all over the Himalaya. As per the drawing kept at the Lhakhang, Kichu Lhakhang was constructed on the left foot and Jambay Lhakhang on the knee. Lhasa was on the heart of the demoness. If you visit please don’t forget to see this graphic representation. 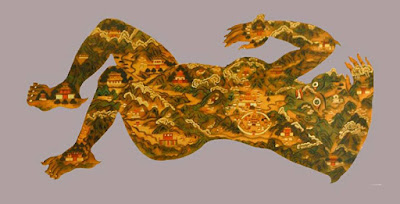 Other relics that have been added over the time in the Jokhang are the four statues of Chagtong Chentong (the eleven headed goddess or the goddess of a thousand arms and thousands eyes) installed by Dawa Penjor and Tshering Penjor during their tenure as the Paro Penlop.

In 1971, Queen Mother Ashi Kelzang Choden Wangchuck built a Guru Lhakhang as per the narration of Terton Drukdra Dorje’s Mawa-lungten prophecy, next to the old Jowo Temple which was consecrated by His Holiness Dilgo Khyentse Rinpoche. 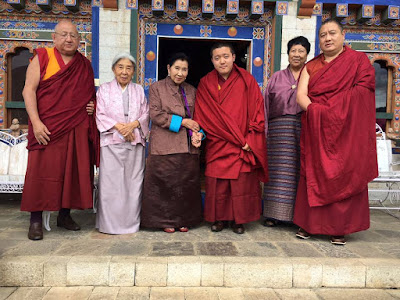 Here one can see the statue of Guru Nangsi Zilnon (the glorious subjugator) believed to be the most beautiful Guru Rinpoche Statue in the entire world.
Hordok Magsog (Guru Rinpoche in a wrathful form to dispel battle) Tibetan forgot to build this statue as advised by Guru Rinpoche. Dolma Kukuli (a manifestation of Tara), Zhabdrung Ngawang Namgyel, Sakyamuni Buddha, a statue of kudung (bone relic) of His holiness the late Khyentse Rinpoche, a Phurba (ritual dagger), Tshepame (Amitayus), Duesum Sangay (the three Buddha of the Past, Present and future), Guru Rinpoche and Pelden Lhamo. We were lucky to see all these relics as it was opened for taking photograph as ordered by Queen mother Ashi Kelzang Choden Wangchuck.
Ever since the establishment of this Lhakhang annual rites of great accomplishment for the deities Vajrasattva, Palchen Heruka, and Vajrakilaya have been held in this temple for the well being of the country under the patronage of Queen Mother Ashi Kesang Choden Wangchuck.
In the third Lhakhang known as the Guru Lhakhang there are many small statues of Guru Rinpoche, Chenrizi (Avaloketesvara) and Phurbas (ritual Draggers). There is also bed used by His Holiness the late Dilgo Khyentse)
Out side in the courtyard there are two orange trees that bear fruit throughout the year. It is believed that it is Pasamjonshing. We human see it as orange tree where the deities see it as Pasamjonshing. 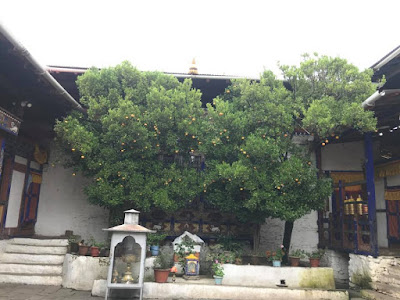 Truly blessed for having visited this Lhakhang and will visit whenever I happened to be in Paro.
Please visit Paro Kichu the most sacred monastery in Bhutan visited by Guru Rinpoche.