The origin of the profound Throema Chod and its emergence 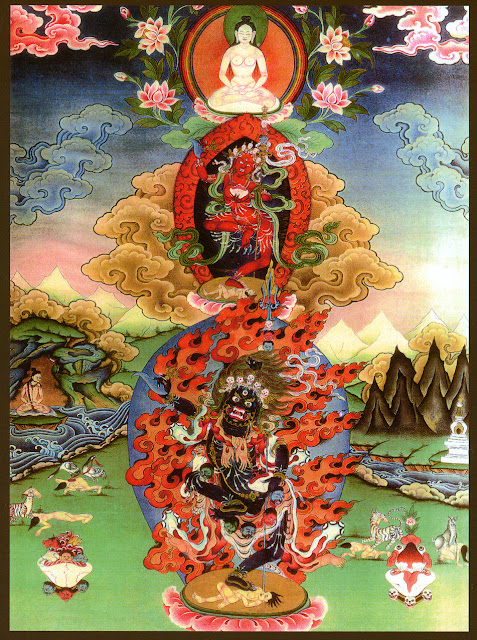 At the self arisen charnel ground in Odiyana, the Tantra that manifest Vajravarahi, was offered to Guru Rinpoche by wisdom dakinis. Following this from the Vajra Yogini, Guru Rinpoche received the Sadhana of the Dark Throema which he found extremely retributive yet profound. So he kept it confidential to himself. 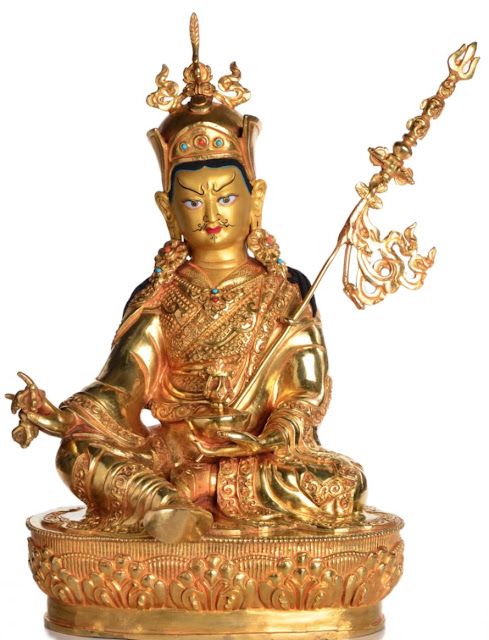 Later when Guru Rinpoche arrived in Tibet, the five classes of dakinis to entreat Guru Rinpoche to grant the hidden teachings repeatedly appealed Dakini Khandro Yeshe Tshogyal. Accordingly, as she requested, Yeshey Tshogyal received the entire Chod teachings from Guru Rinpoche by which many fortunate beings were placed into liberation and ripened stages. For the purpose of beings in future, this teaching was concealed along with prophecy of the revealer. 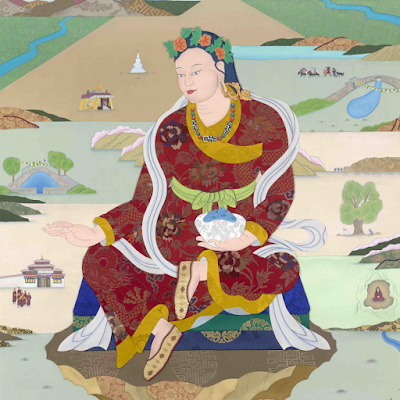 (Khandro Yeshe Thogyal)
According to one of the prophecies, Guru Rinpoche mentions, “The fortune of Drogben Khyenchung Lotsawa (one of his chief disciples), the casket of the great expanse of the mind, which is sealed with my profound aspirations and prayers, during the right time in the days to come, will befall onto the Drogben Khyeuchung Lotsawa.” 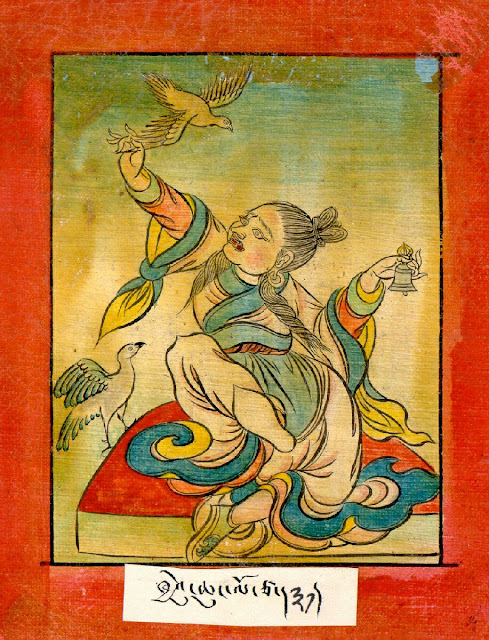 (Drogben Khyenchung Lotsawa)
The prophecy also says that Guru Rinpoche and glorious Saraha will display their primordial wisdom bodies to Dudjom and through symbolical methods grant the entire cycle of teachings. 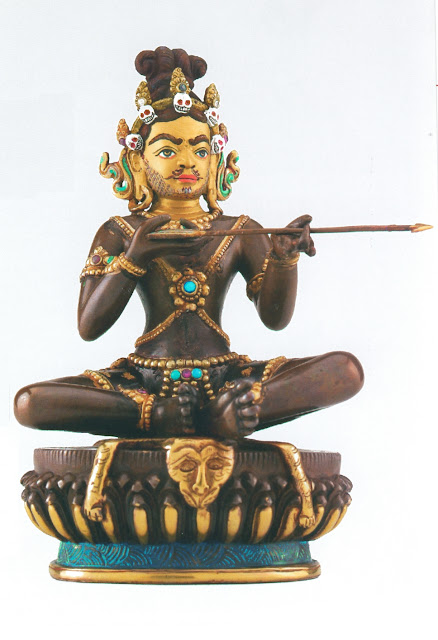 (Saraha)
The cycle of Chod teaching, which is today known as the “Dudjom” or the Sadhana of Vajra Yogini-the Drak Throema bears the ultimate meaning of the Prajnaparamita (the Buddha’s teaching of wisdom perfection), and it is the most refined pitch instruction of the Vajrayana vehicle.

Hence, the foremost essence of the practice of this Chod is realization of the view. The practice has to be supported by firm confidence of the view or else simply being skilled in playing Dramaru (drum) and Drilbu (bell) or knowing how to sing the tunes, would not signify the complete meaning of Chod. 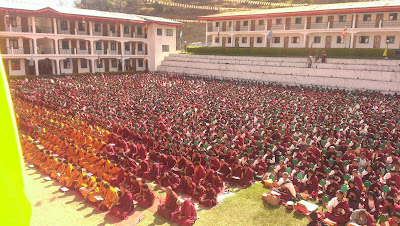 For this reason, one should practice under the auspices of the qualified master who is able to grant empowerment, explain the trantras and bestow the pith instructions. Such practice will bear immense benefits.

Even before, through the Chod practice, Dudjom Lingpa guided 13 disciples who attained rainbow body in one lifetime. Furthermore, just as it is clearly mentioned in the Trantras, he produced several students who attained liberation in three categories. 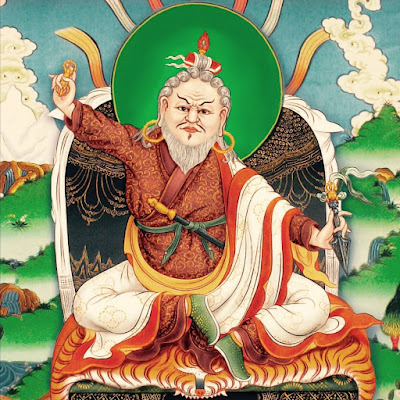 I am really happy to those people who got transmission and empowerment of this profound Sadhana from His Eminence Dungsey Garab Rinpoche who is the holder of this teachings practicing wholeheartedly. 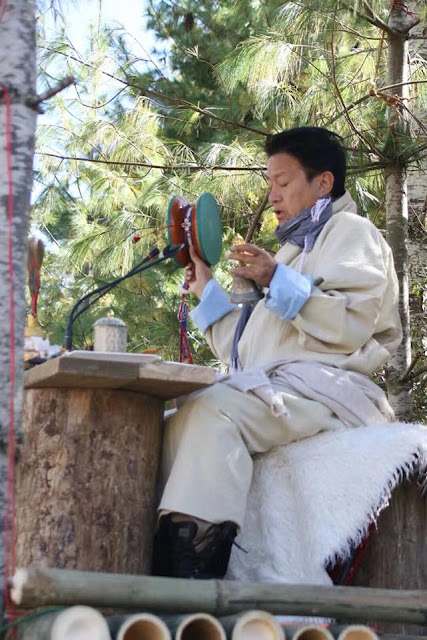