Master Carpenter who constructed Punakha Dzong’s was shown Architectural drawing in his dream.

Zhabdrung Ngawang Namgyal when he finally planned to construct the Punakha Dzong on the present site, he found himself bereft of workers to help him construct it.

But to his amazement, he was soon pledged support by the local Drukpa followers, which pleased him greatly. He then recruited a renowned expert mason named Balingpa from Balingkhar in Punakha. 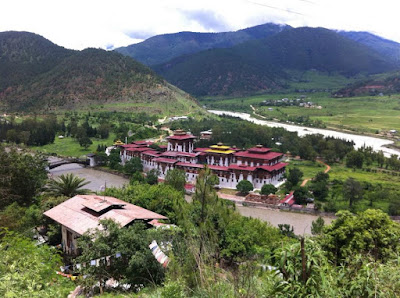 The mason on meeting Zhabdrung Ngawang Namgyal unexpectedly presented a bowl full of milk, which Zhabdrung considered a very good omen, who thought that the Drukpa teaching would abound like rich milk.

To present him the model of the dzong, the Zhabdrung requested Balingpa to sleep by his side. With the supernatural power of the Zhabdrung, the mason was carried to Ralung monastery in his dream, where he was able to recognize the design and style of the dzong in his mind.

Then in the morning, his visualization of the Ralung monastery was presented, which greatly pleased the Zhabdrung. 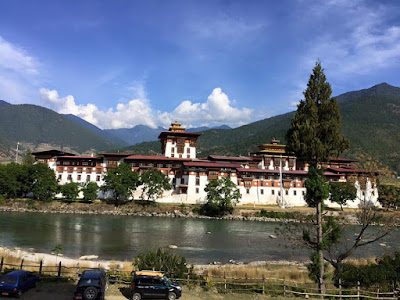 The Zhabdrung then recruited additional, minor masons and workers from different regions of the kingdom to help Balingpa construct the dzong.

The local deities promised him that construction materials like wood, sand and stones would be contributed. For instance, the local deity of Chuzom helped him collect seasoned cypress timber. 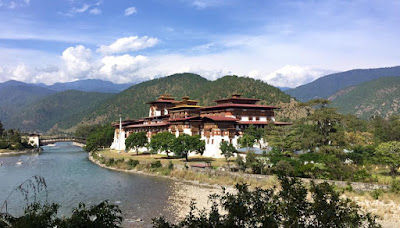 On the 8th day of the eighth month in the Female Fire Ox year of the Bhutanese calendar (1637), Zhabdrung Rinpoche laid the foundation stone of Punakha Dzong. Pekar Rabgye was appointed to supervise and coordinate the construction activities, and he served his duty with utmost loyalty and dedication.

The dzong was built in such a way that it looked exactly like Ralung Monastery and completed in the year 1638. 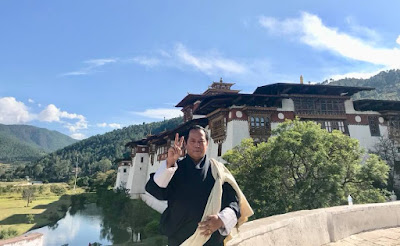