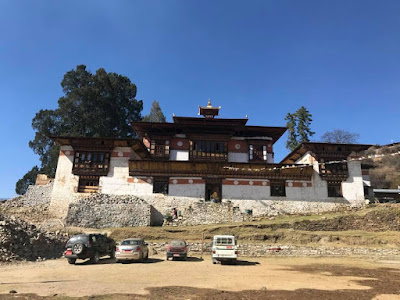 The Chezhi Gyap Zhuden is one that is seen riding a horse. Yearly it is worship with a heart of a yak. Means yak is killed and it's heart taken and roasted in fire in a closed deity chamber and appeasement carried. Even the caretaker who perform this ritual go under severe suffocation due to roasting smoke and smell but left no option. This bon system of offering was done before the beginning of every Chezhi Tshechu.
This was going on for many years until in the year 2001, His Holiness the Je Khenpo issued a Kasho (Decree) why Gyap Zhuden was residing in a wrong place and request him to leave for a better place in East India (it was mentioned East India as his belongings will be carried by river to the Bay of Bengal). The Kasho also read that the Gyap could find many rich followers there. 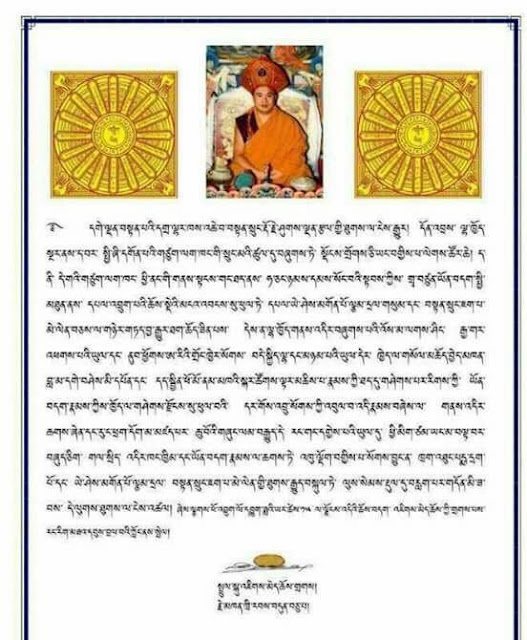 According to Lam Lasi (who I interviewed) a special ritual ceremony was performed and finally requested the deity to leave the place to Jagar Sha (East India). Lopen Daw Gyeltshen of Zhung Dragtshang read His Holiness's Kasho during the ceremony. It is believed that Chezhi Gyap Zhuden had agreed and left the place.

Thereafter, Gyap Zhuden's statue, his water offering bowls, food offering plates and other belongings were packed in the sacks and thrown in Wangchu River near Damchu according to Lam Lasi. This ends the life of Chezhi Gyalp Zhuden at the Monastery. "Luckily no untoward incident happen later by such drastic act" said Lam Lhasi.
Lam Lasi who is now in late seventies is from Chezhi Goenpa and had served Zhung Dragtshang for many years.
Many families especially from Thimphu, Punakha, Paro, Ha and Wangdue that has connection with Chezi Gyap Zhuden have to visit the monastery annually and offer prayer and Tshog. Since Chezhi Gyalp Zhuden is now evicted from the country people are freed from performing this offering.

The 600-year-old Chezhi Goenpa was built by Drogoen Thinley Rabyang, a disciple of Kuenga Zangpo of the Sakya lineage in the 15th century.
He came from Tibet to Chizhi goenpa, Chapcha Shelmar Goenpa and Shenga Nepa Goenpa. He stayed at these places in rotational basis for many years practicing Dharma.
Drogoen Thinley Rabyang freely preached his teachings to many followers everywhere. Soon he became the prominent figure of those villagers.
Later in his vision he saw the mountain at Chezhi goenpa in form of Tara, the Goddess of long life and wealth. So, he established a three-storied monastery in the heart of Tara.
The present Dorji Lopen had built a big Jetsun Dolma Thongdrel, which is, unfurl during every Tshechu.
Drogoen Thinley Rabyang also wrote a 108 volume of “KANJUR” and more than 200 volumes of “TENJUR”.
Annually three days Tsechu is also observed in the 2nd lunar month (13-15) at the Monastery.