Bhutan started celebration of National Day only from 1971

The National Day of Bhutan is the most significant holiday that is celebrated on December 17 throughout the country.

It commemorates the coronation of the first Druk Gyalpo Sir Ugyen Wangchuck of modern Bhutan. 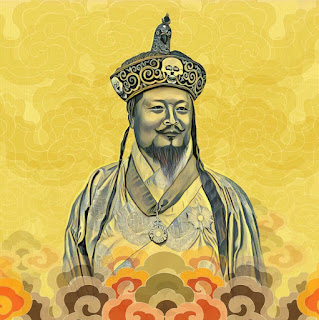 (First Druk Gyalpo Sir Ugyen Wangchuck)
Zhabdrung Ngawang Namgyal unified the country in the 17th century. Unfortunately after his death, the country gradually disintegrated in regions and many self proclaimed regional leaders cropped up which brought unending civil wars leading to continued suffering to the people. People lived in fears and hardships.

By the grace of god, in the beginning of 20th century Ugyen Wangchuk reunified the country under one rule. He was then unanimously chosen as the First Hereditary Monarch of Bhutan. His coronation took place on 17th December 1907.

The formal celebration of this important day as National Day started only after 64 years in line with system of celebrating National Day like other countries. 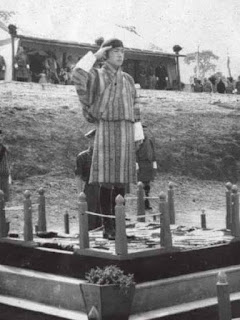 (His Majesty the Fourth King the then the Crown Prince celebrated officially the First National Day (64th National Day) in 1971 at Changlimithang, Thimphu)
As per Kuensel December 19, 1971,  Vol. VI No. 17, His Royal Highness unfurled the National Flag and the entire gathering sang the National Anthem of Bhutan. His Royal Highness took salute as the men of the the Royal Body Guards, Royal Bhutan Army presented arms.

His Majesty the Fourth Druk Gyalpo continued celebration of our National Day and the event became one of the important occasion in the Kingdom. 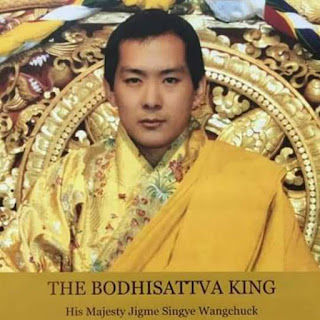 (His Majesty The Fourth Druk Gyalpo)
His Majesty also officially celebrated the 99th National Day in 17 December 2006 as the Fifth King of Bhutan that too at Changlimithang Stadium, Thimphu. 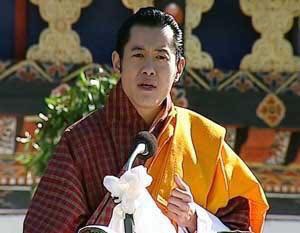 (His Majesty celebrated the 99th National Day as his first official National Day celebration as King in the year 2006 in Thimphu)
To make the occasion more significance, His Majesty has introduced awarding of medals and Red Scarfs.

I as humble citizen join the Nation in wishing His Majesty Long Life and very peaceful reigns. I also pray for the unending continuity of peace and prosperity under the guidance of the Wangchuck dynasty. 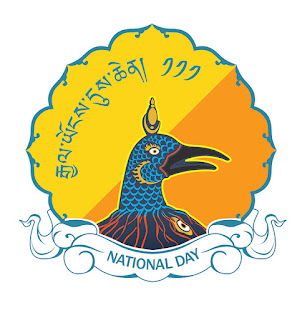