"The Origin of New Year"

Origin of New Year dates back to the era of emperors. They thought of celebrating a special day, which should dot a day for beginning and end of the year.

First New Year celebrations were noticed in Mesopotamia around 2000 years. The Egyptians, Persians and Phoenicians celebrated it at the time of Equinox in mid-March while Greeks celebrated it on winter solstice.

The Roman emperor Julius Caesar officially declared January 1 to be a New Year in 46 B.C. Romans worshiped God Janus who had two faces, one looking forward and the other looking backward.

The month of January was named after this Roman God and it gave an idea to the emperor to establish January as a gate to the New Year. It is said Caesar celebrated January 1 - New Year by ordering the revolutionary Jewish forces to route back.

People began New Year celebrations on January 1 after many years. They ritualized the beginning of the year by acting and re-enacting the world of the past before peace proliferated. People learned January as first month of the year and with this the tradition of following Julian calendar.
Later, the King of England ensured that Jesus' birth December 25 should be commemorated as New Year.

About 500 years later, Pope Gregory XIII abolished the old Julian calendar and introduced Gregorian calendar, which comprised of a leap year after every four years to maintain balance between seasons and calendar.

Finally, in 1582, Gregorian calendar was set to celebrate New Year on the first day of January. 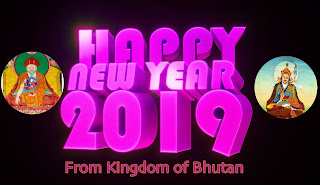 In Bhutan as per region people do have different day and ways of celebrating New Year. People of Paro and Haa celebrate Lomba as New Year that starts from 29th of 10th lunar month. People of Wangdue, Thimphu, Punakha and Trongsa celebrate Nynlo (Winter Solstice) as New Year. The Eastern Bhutanese celebrate 1st day of 12 month (Traditional Day of Offering) as their New Year.

However, in general Bhutan celebrates New Year on the 1 day of the 1st month of the lunar calendar.

While in all urban towns, Bhutanese take active part in the celebration of New Year of the Gregorian calendar, in the villages it is a total silence as they have their historically passed down day. I think they are correct and we should follow them and pass down the tradition. 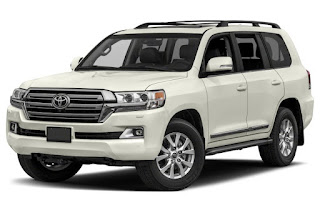 I have received lots of request to advice, which color of vehicle to buy?  Yes I agree correct selection of vehicle’s color is very important.

When driving your car you will always come into contact with your vehicle. So obviously picking right color can increase your luck. Similarly, selecting wrong color may lead to an accident, injuries and even death. Sorry if I am scarring you but I better if you don't follow.

Seriously select your car color based on your birth element compatibility as under:

WATER ELEMENT
Buy Gold; silver, yellow, white and blue color cars.
Reason: Gold, silver and yellow color are metal colors and metals are lucky for water. Blue and White are the color of water which is good.

So don't panic if you have purchased a wrong car, element pacification can be done.

Have a great day driving around with your prized possession.

By Phub Dorji Wang at December 30, 2018
Email ThisBlogThis!Share to TwitterShare to FacebookShare to Pinterest

Where is your Kay Tag Khorlo (the wheel of birth marks) located? 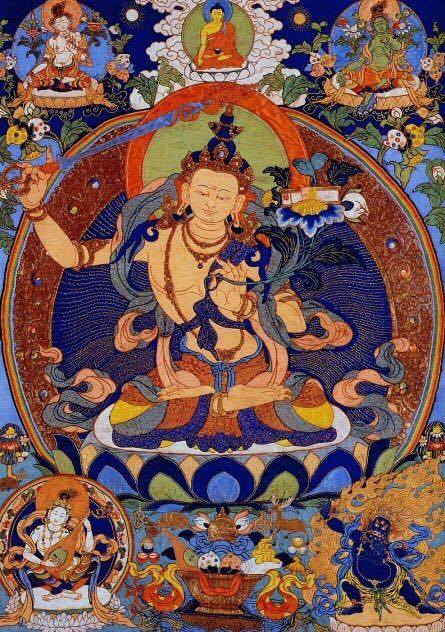 Whenever a child is born, it is very important to note the lunar date, day and the exact time of birth. With this important information it is easy to calculate your child's Kay Tag Khorlo. Kay Tag Khorlo predicts what your child would be in future.

You need to just check in which part of the body the particular constellation is located. Accordingly you will get exact location of your child's Kay Tag Khorlo. 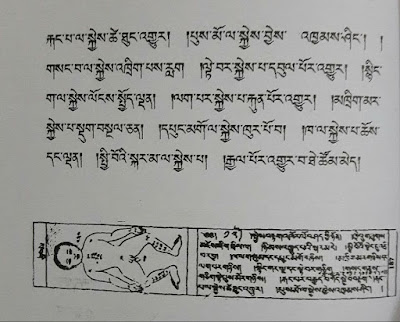 Don't panic if it is bad after all this is how you are destined to be.

Note: Applies to the natural birth only.

By Phub Dorji Wang at December 30, 2018
Email ThisBlogThis!Share to TwitterShare to FacebookShare to Pinterest

In Bhutan many people are seen wearing colorful Srungkue around their necks. And so am I. Of course there are reasons to be worn.

Bhutan and Tibetan has an old culture of wearing Srungkue or protection cords.

They are also known as Srungdue (སྲུང་མདུད་) or protection knots.

The blessed protection cords are believed to have been invested with spiritual power and said to help protect the person who wears it from problems and misfortunes.

String slightly longer than a foot of different color is chosen to make Srungkue. The five key colors, which represent the elements - blue, symbolize the sky and space, white the air and wind, red for fire, green for water, and yellow for the earth.

In the middle of string a knot is tied which resembles a Vajra or thunderbolt. This knot symbolizes the indestructible and adamantine nature of the ultimate reality. It also represents the innate power and essence of the enlightenment of the Buddha.

When knot is tied on the cord a Mantra (ཨོཾ་ཨ་མ་ར་ཎི་ཛཱི་ཝནྟི་ཡེ་སྭཱ་ཧཱ།) is recited and blown on the knot. Many religious traditions have this kind of process, where a Rinpoche/Lama imbues an object with spiritual energy and blessings.

Some cords are known as Tshedue or (ཚེ་མདུད་) life cords and are produced to help elongate people’s life and come with particular kind of knot relevant to long life.

Lamas generally give these blessed cords on important occasions. Subsequently the blessed string is placed around the neck of the receiver.

The cord then becomes symbolic of the protection of the Lama's compassionate embrace and allows you to take your teacher with you, even after they are long gone.

Legend has it that these cords can bring good luck or offer some kind of protection to you.

- That one took Refuge Vows and lives mindfully.

- That one took Bodhisattva Vows that one's purpose is to spread compassion and wisdom, to save as many beings and bring as many to Enlightenment as one can.

- That one received additional teachings and reminds that there is always more to learn and there are always more right steps to take.

However, whenever there is religious discourse, devotees are seen preparing Srungkue by themselves. They think making knots is enough to get blessing. They then get that blessed by the lama. That is not the way.

It is very important that Srungkue should be given to a monk or lama to tie the knots. They will recite suitable mantra and blows the energy to each and every knot. After that the Srungkue is shown to the main lama and get it blessed.

The lama commands the harmful spirits against harming the people wearing blessed cords who are under his or her protection.

At the moment I have the following Srungkue: 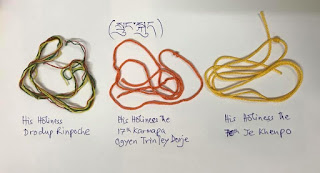 The purpose of the blessed protection cords is to protect the body and the life of the person who is wearing it from external mishaps, human and non-human harm-doers, and internal problems such as illnesses and misfortunes.

Since threads are invested with spiritual power one has to have faith in the efficacy of the cords and respect them in order to gain optimal benefit from them.

The used Srungkue should be burnt.
By Phub Dorji Wang at December 30, 2018
Email ThisBlogThis!Share to TwitterShare to FacebookShare to Pinterest
Newer Posts Older Posts Home
Subscribe to: Posts (Atom)