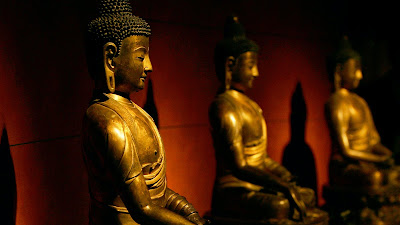 Buddhism is a spiritual tradition that was founded 2,678 years ago during the time of Shakyamuni Buddha. 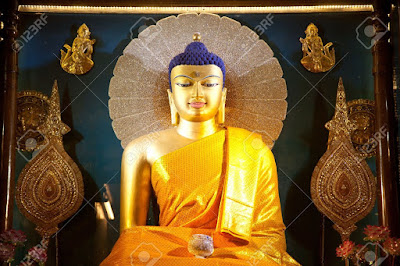 According to Buddha’s life, Prince Siddhartha, as he was then known, being profoundly moved by the suffering and apparent futility of life that he saw around him. He resolved to understand what caused suffering, how to free himself from it and so discover life's true meaning. 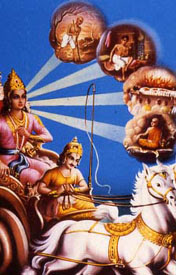 Through concentrated meditation, he worked at overcoming many obstacles, both in the outer world and in his own mind. Eventually he experienced a deep and lasting realization of the true nature of the mind and understood what caused unhappiness and suffering. This lasting awareness of ultimate truth is called 'enlightenment'. It was at this point that he became known as the Buddha, which means the "Fully Awakened One", because he had woken up to the true nature of existence. 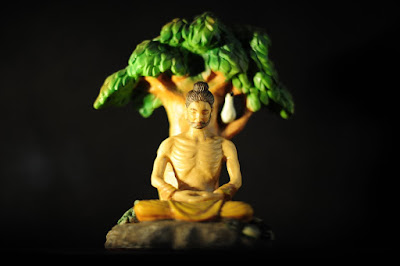 Following his enlightenment, the Buddha then spent 45 years teaching others how they too could attain freedom from suffering and experience lasting peace and happiness. Rooted in principles of non-violence and loving-kindness, his instruction set many people on the path to their own liberation. 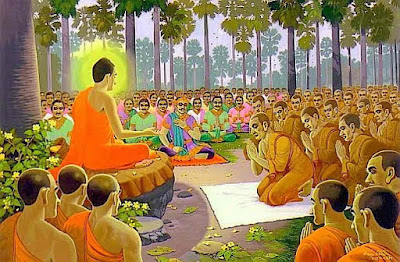 Among these were numerous disciples who committed the Buddha's teachings to memory in order to pass them on to the generations that followed. These teachings became known as the "sutras". In this way the Buddha's wisdom and compassion have been transmitted down through the centuries and continue to help people to this day.

Sometimes, people mistakenly think that Buddhists believe the Buddha to be a god. This is a misconception. The Buddha was a real man, albeit an exceptional one, who lived and died. He is revered because he undertook the very difficult task of understanding why there is suffering in the world. He succeeded in transforming his own suffering and awakening his wisdom and loving-kindness. In the process of doing this, he came to realize the true nature of things and to recognize that the only natural response to suffering is wise compassion. 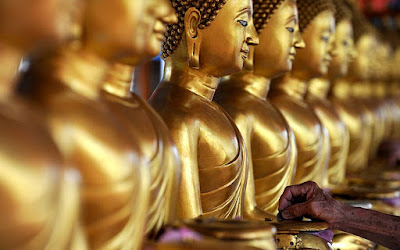 But just as important is the fact that he then chose to devote the rest of his life to teaching others what he learned, so that they too could awaken wisdom and compassion in themselves and find lasting peace and happiness. So when Buddhists bow to a statue of the Buddha or say prayers, it is not because they think of the Buddha as a supernatural being who requires worship. Instead, they are simply showing deep respect for a great teacher and drawing their own inspiration and guidance from his teachings.

There are three main aspects to Buddhist practice:

Buddhist methods of meditation are aimed not only at calming the mind, but also at achieving insight into how the mind functions. Through sustained meditation practice our mind gradually settles more and more into the peacefulness of the present moment. With this peacefulness as a basis, insight arises as to how our limiting patterns of mind operate and this enables us to uncover a deeper level of wholeness and truth within ourselves. In this way, we gradually transform our negative tendencies of mind and our innate qualities of wisdom and compassion manifest more and more fully in our lives. 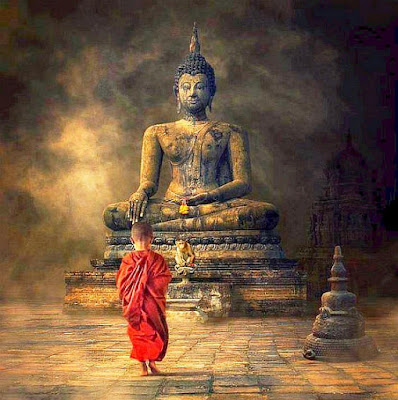 There are three different levels of Buddhist teaching and practice, each one forming the basis for the next one. They are often called 'vehicles' because they are the means for travelling the path to enlightenment. The first level is the Hinayana or 'Basic Vehicle'; the second level is the Mahayana or 'Greater Vehicle'; and the third is the Vajrayana or 'Indestructible Vehicle'. Each of these vehicles was taught by Shakyamuni, the Buddha at different times and places. Sometimes people mistakenly believe that they are different sects of Buddhism that are in opposition to one other. This is not correct. They are all interrelated parts of a single body of teachings given by the Buddha over his lifetime. 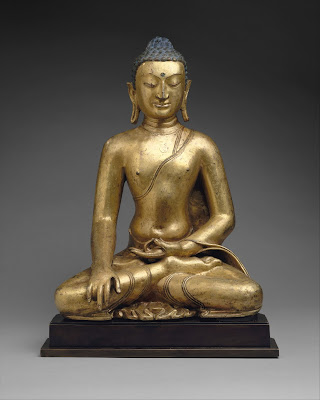 Hinayana is called 'the path of renunciation' and is rooted in disciplined behaviour and ethical conduct. It teaches the Four Noble Truths and the Noble Eightfold Path as a means to free oneself from the suffering of samsara - the suffering of everyday life - which is also referred to as 'the wheel of conditioned existence.'

Mahayana is called 'the path of the bodhisattva'. A bodhisattva is a person who perceives the empty nature of all phenomena and cultivates the heart of great compassion, from which he aspires to free all living beings from suffering and guide them to complete enlightenment.

Vajrayana is a special aspect of the Mahayana and uses skilful techniques such as visualization and mantra to accelerate the path to enlightenment. 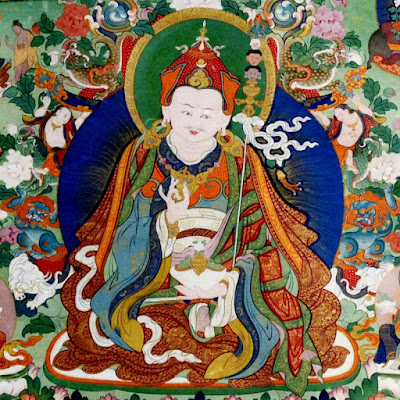 All three vehicles have been preserved within the Tibetan Buddhist tradition. They are practiced and taught these days by four main schools - the Nyingma, Kagyu, Sakya and Gelug - each of which can trace its lineage back to Shakyamuni Buddha.
By Phub Dorji Wang at September 21, 2020
Email ThisBlogThis!Share to TwitterShare to FacebookShare to Pinterest
Newer Post Older Post Home