Who turned the first Wheel of Vajrayana Dharma in Bhutan? 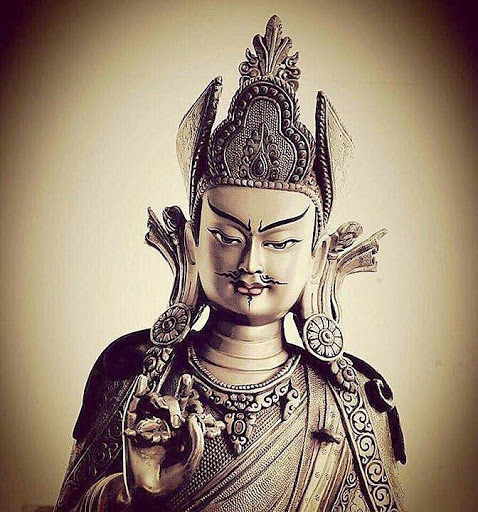 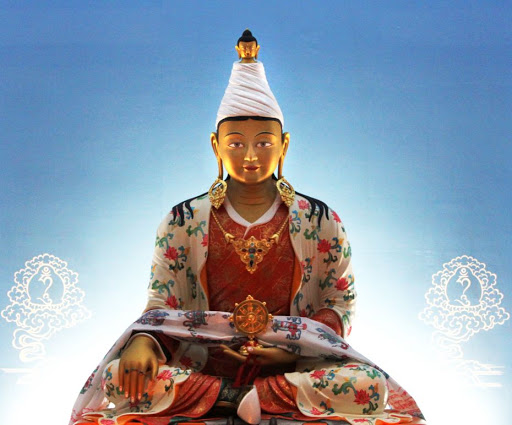 in the 7th century in his drive to construct 108 monasteries in a single day as a remedy to protect Tibet from harm by demon that resemble whole Tibet, now under China.

Since the leg of the demon stretched to another country Bhutan, he somehow constructed the two monasteries inside Bhutan based on the position of the demon. 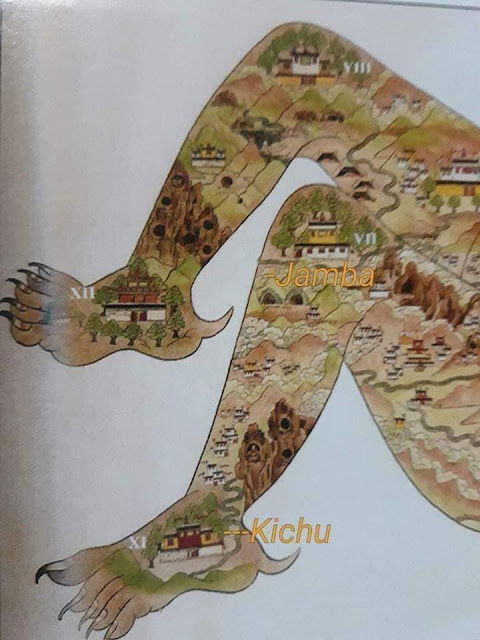 How he got the permission was not known. Nevertheless, Bhutan got two historical Buddhist monasteries. While Bhutan owned these two sacred monasteries much earlier, it was not known the spread of Buddhism other than practice of some Bon religion.

Now the question is who turned the first wheel of Dharma in Bhutan and in which place?

According to the “SEED of Faith” the document of Chakhar Lam Dorje mentioned that the great Guru Rinpoche turned the first wheel of Dharma in Bhutan.

Guru Rinpoche selected the most sacred Bumthang Jampa Lhakhang to honor the occasion. 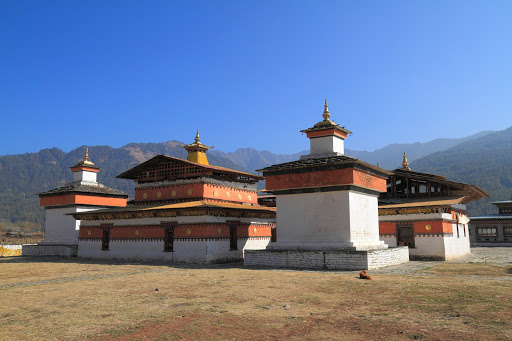 It was inside Jampa Lhakhang in the presence of Jowa Jampa. King Sindhu Raja along with ministers and locals attended the auspicious occasion to witness the Guru Rinpoche turning the first wheel of Dharma in Bhutan.
At that time, Guru Rinpoche asked Lhachig Bumden Tshomo (Khandro Tashi Chidren) 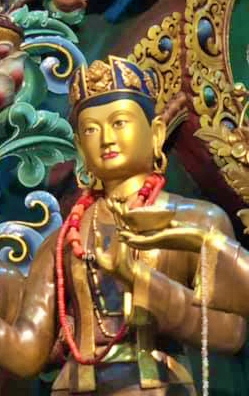 to cut his hair. As she cut, she noticed a gold letter in Guru's hair and asked him what it was. The Guru replied: 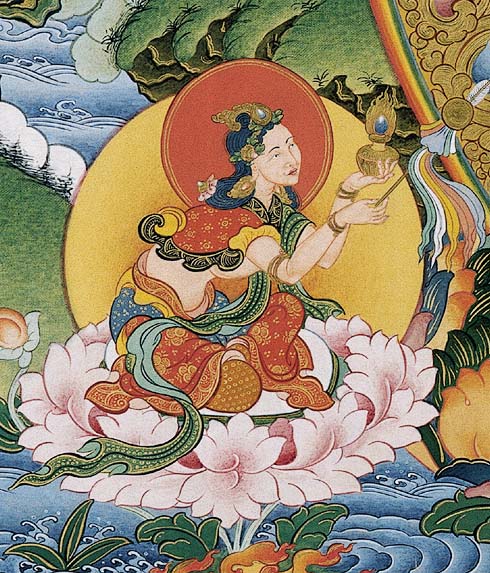 who said to hand it over to her sibling from her previous life, Lhachig Bumden Tshomo. When I said it wouldn't be convenient for me to carry it, Mandarawa said that she would tuck it in my hair, and that is the very one. Today that parcel has been handed over to you; Jowo Jampa is witness to it.”

In response, the Jowo Jampa statue is said to have said, “YES” Thus, it is believed that Jowo Jampa  of Bhumtang Jamphel Lhakhang spoke.

May I, Bumden, please be blessed!

And clearing all ignorance of sentient beings,

May the sun of peace and happiness shine on beings”

Thus praying, she requested Guru Rinpoche to teach the sublime Dharma that was contained within the golden letter.

Guru Rinpoche then gave instructions on the meditation and recitation of Avalokitesvara, the golden drop of the teaching “Clear Mirror of Great Perfection” considered to be the essence of the entire sublime Dharma. 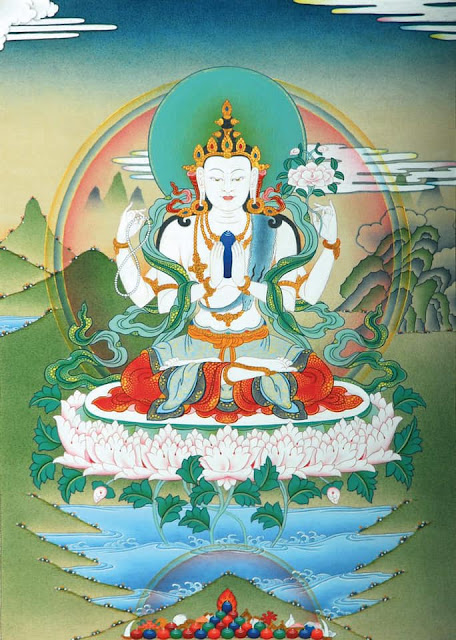 And to King Sindhu Raja, his minister and subjects, Guru Rinpoche taught the meditation of Mahakarunika Angkusa (Sanskrit name of  Avalokitesvara) and instructed them how to recite the six-syllable mani-mantra. 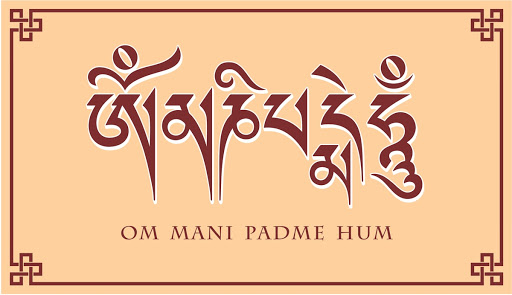 With these teachings, the Guru hid this profound Dharma treasure on the frame above the door to the temple, prophesying that "in the future a man by the name of 'Dorje', who will be an emanation of Padma, will discover this treasure.” This fact is corroborated by the biography of King Sindhu Raja called the “Clear Mirror” attributes the following words to Guru Rinpoche: 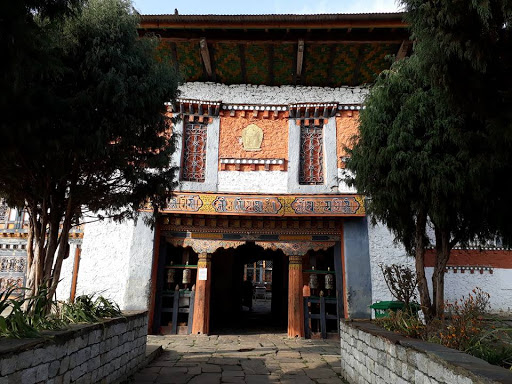 “Dorje Lingpa, an emanation of me, Ugyen, will appear and discover the Dharma treasure of me, Ugyen, from the top floor of Jampa Lhakhang and then (with it) turn the wheel of Dharma." 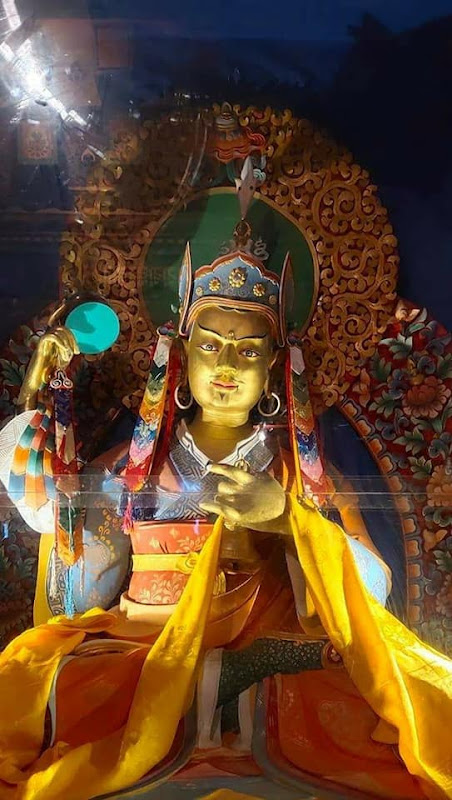 “In Jampa Lhakhang of Bumthang, (he) hid the Sadhana Tantra of Hayagriva." You can see a sacred place of Guru Rinpoche in this temple, and it also marks the site where Terton Dorje Lingpa and Sherab Mebar discovered many Dharma treasures in later years, making the place very sacred and important. Also visible at the entrance to the shrine is iron chainmail crafted by Pema Lingpa (1450-1521) hung on the door. 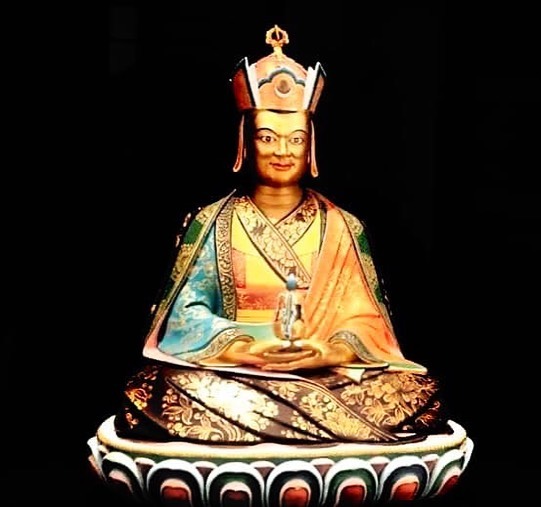 At the threshold to the temple are three stone steps that lead to the inner shrine and that signify the three Buddha aeons; namely the past Buddha Dipamkara, the present Buddha Sakyamuni and the future Buddha Maitreya. It is said that the first step has already sunk into the ground, signifying that the aeon of the past Buddha Dipamkara is already concluded. The second step represents the present Buddha Sakyamuni, and is almost concealed, and the third, topmost step signifies the aeon of the future Buddha Maitreya. 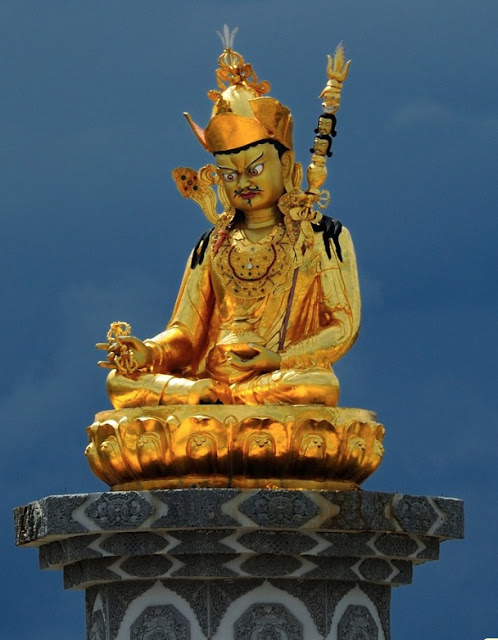 So, Guru Rinpoche is the first Buddhist Master to turn the “Wheel of Vajrayana Dharma” in Bhutan. He taught meditation on Chenrizig and given oral transmission on Mani mantra. Bumthang Jampa Lhakhang is therefore considered to the most sacred monastery in Bhutan.