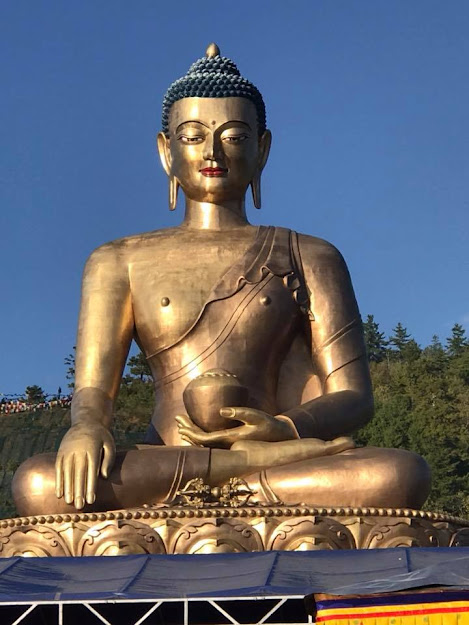 Thimphu, the capital of Bhutan is blessed to have the world’s tallest sitting bronze Buddha statue. The suitable location also make it very convenient to both Bhutanese and visitors to have easy excess to this great extraordinary statue. No tourist to Bhutan will leave the country without visiting this gigantic Buddha. It is an object of great veneration to all sentient beings.

So let us understand a little background of constructing this Gigantic Statue in Thimphu. 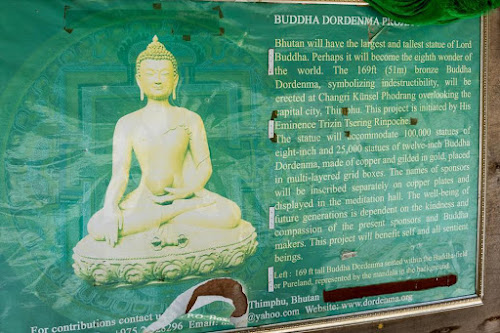 The construction of the statue was started in the year 2006 that fulfills two prophecies.

1.In the twentieth century, a renowned yogi Terdak Lingpa prophesied that a large statue of either Padmasambhava, Buddha or a phurba would be built in the region to bestow blessings, peace and happiness on the whole world.

2.The statue is also mentioned in the ancient terma (treasures) of Guru Padmasambhava himself, dating from the 8th C, and recovered by terton Pemalingpa in the 15th C.

It is said that its presence will diminish painful diseases and disasters from the four elements, and help to restore peace and happiness to the whole world. For future generations it will show the path to enlightenment.

The project was initiated by Lam Tshering Wangdi as per the advice of Great Yogi Lam Sonam Zangpo to fulfill the above prophecies. It was approved by His Majesty the Fourth King and His Holiness the 70th Je Khenpo,. A Singaporean Businessman, Peter Teo is the main sponsor of the project. 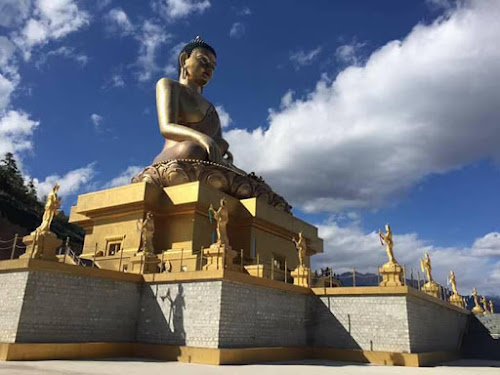 What is there inside the statue? 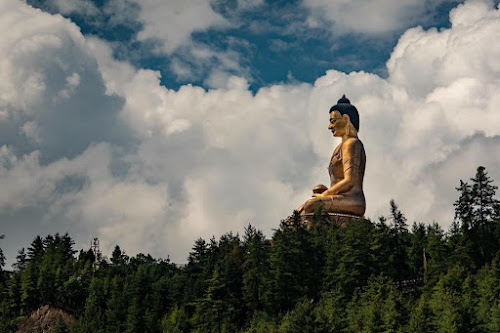 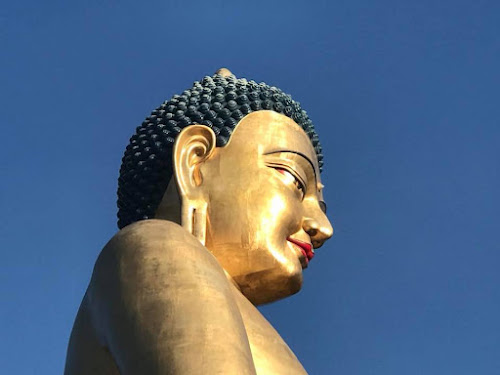 In the lotus, just under the area between the Buddha's right to left knees are 5 chambers, which are surrounded fully by 8-inch-tall Buddha Dordenma statues. The small Buddhas fill the interior of the gigantic Buddha up to the top. On the ceilings are five major mandalas. 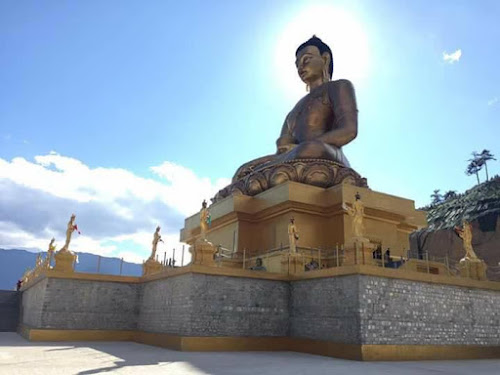 Surrounded by paintings of 12 main life events of Buddha Shakyamuni are the following peaceful Buddha families: 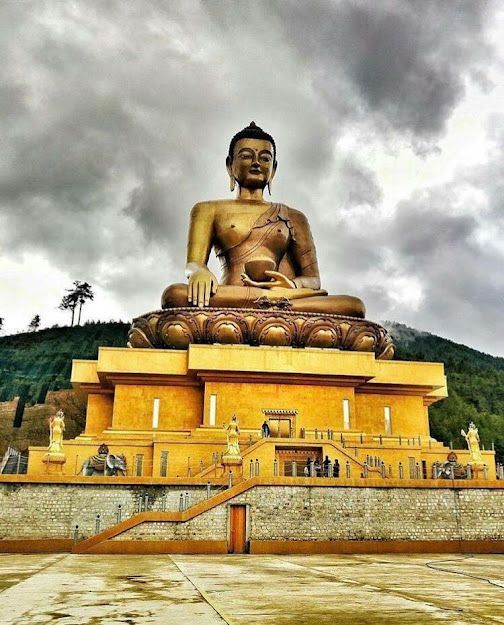 The land at Kuensel Phodrang measuring 145 acres was gifted to Monks Body by His Majesty the Fourth King of Bhutan. The park conserves 798.4 acres of forest area that surrounds the Buddha Dordenma statue.

Dedicating it to the 60th birth anniversary celebration of His Majesty The Fourth Druk Gyalpo, His Holiness the Je Khenpo consecrated the 201 feet tall Buddha Dordenma statue at the Kuenselphodrang on 24th September 2015.

Those who visit it will receive blessings and their wishes will be fulfilled. Anyone who even hears of the Buddha Dordenma project and rejoices in it will also accumulate vast amounts of merit. 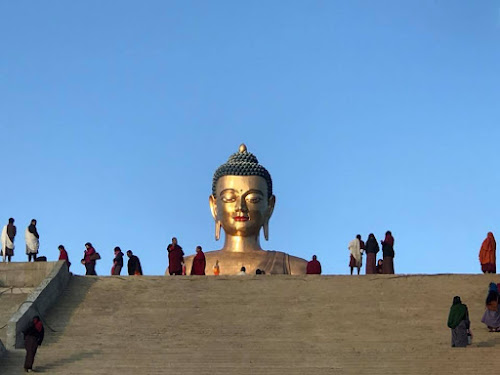