The seven Sacred Places within the Mahabodhi Temple Complex 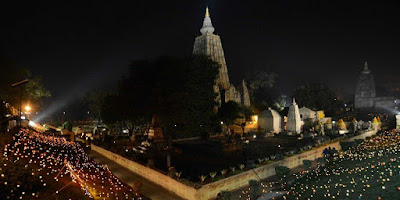 The Mahabodhi Temple Complex is one of the four holy sites related to the life of the Lord Buddha, and particularly to the attainment of Enlightenment. The first temple was built by Emperor Asoka in the 3rd century B.C., and the present temple dates from the 5th or 6th centuries. It is one of the earliest Buddhist temples built entirely in brick, still standing in India, from the late Gupta period. 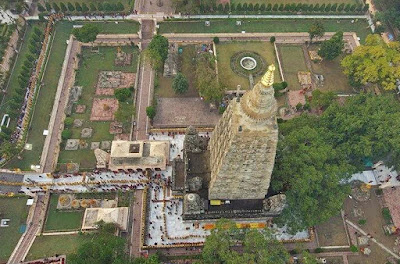 Bodhgaya is one of the preferred pilgrimage distination for the Bhutanese. Every year in the month of January, you will see in Phuentsholing, many ticketing agents spread in all corners of the municipal. In every counter you will occasionaly find group of villagers negotiating rates and finalizing their intinery. The zest of happiness beamed from everyone's face for the anticipated lifetime visit to the holy sites in India is a joy to behold. The joy of accomplishment for those returning from Bodhgaya with an accumulated experience and stories that is ready to share is indeed a sign of enlightenment for them. 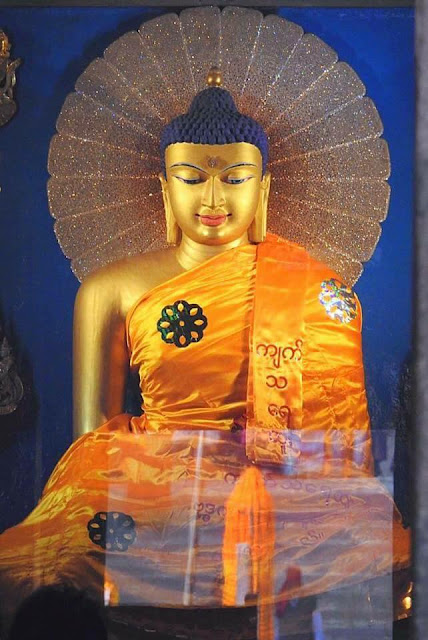 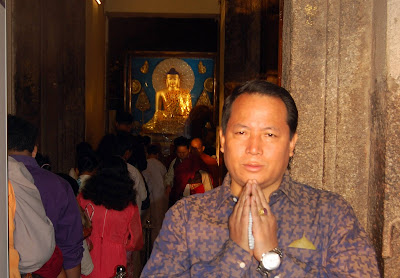 When visiting Mahabodhi Temple, it is very important to see all seven Sacred Places within the Mahabodhi Temple vicinity. These are the special places where Lord Buddha spent a week each after enlightenment.
The Seven Sacred spots signify areas on which tradition holds the Buddha further meditated upon the wisdom he had attained. The Seven Sacred Places are as follows:
1. Maha Bodhi Tree: The Maha Bodhi tree, the fifth generation plant of the original banyan tree under which Lord Buddha attained enlightenment in 528 BCE. It is one of the most revered sacred places for the Buddhists. The history tells that Sanghamitra, daughter of the Indian emperor, Ashoka, carried a sapling of the original Bodhi tree to Sri Lanka, whose sapling was again brought to Bodh Gaya and planted after the original tree died. The Bodhi tree (80 feet high) is more than 116 years old and a Centre of pilgrim for the Buddhists all over the world. 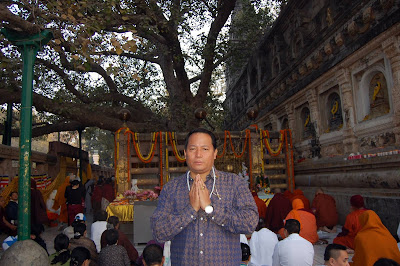 2. Animesh-Lochana Stupa: Animesh Lochana Chaitya Shrine is believed to be the place where the Buddha had spent the 2nd week of his meditation after enlightenment, looking at the Bodhi Tree without batting an eye lid. 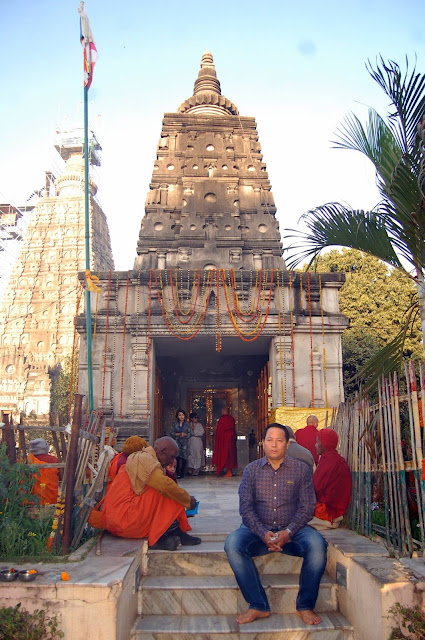 3. Chankramana Chaitya: The Chankramana Chaitya or the Jewel walk is a raised platform where the Budha walked up and down in meditation during the 3rd week following enlightenment. Chankramana is the place where there were lotus plants that bloomed at the touch of the feet of Lord Buddha. The path is lined with 19 lotuses and located on the north side of the Mahabodhi Temple. 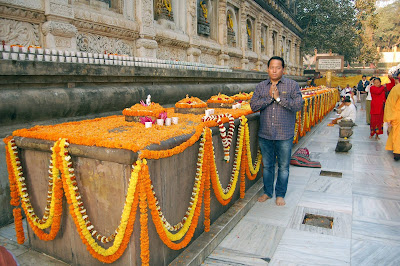 4. Ratnagarh Chaitya: Northwest of the temple, this small prayer hall marks the spot where Lord Buddha spent the 4th week in meditation, receiving the vision of his future mission. Ratnagarh is the spot where the five colors that came out of Buddha’s body. The Buddhist flag represent this colors. 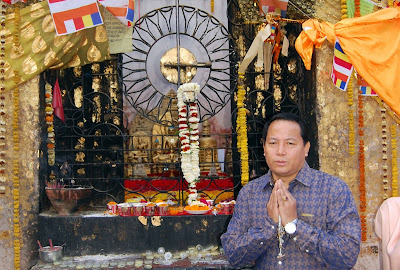 5. Ajapala Nigrodha Tree: Ajapala Nigrodha Tree is one of objects purified during the meditation and enlightenment of Lord Buddha. It is believed to be planted by a shepherd boy for the protection of the Lord, who spent his 5th week of meditation under this tree. The tree lies in the Mahabodhi Temple complex along with the eastern gate. As per the legend, Lord Buddha replied queries of learned Brahmins regarding religion and general conduct during his enlightenment. 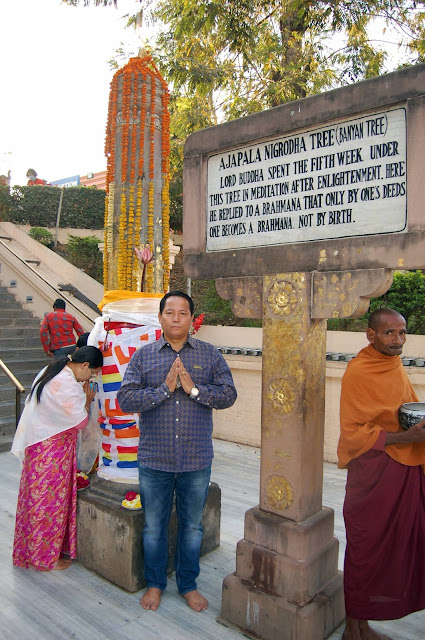 6. Muchalinda Lake: Legend has it that Lord Buddha spent his 6th week of meditation here. He endured a violent storm during this time and is said to have been protected from it by the lake’s serpent king. A statue of the Buddha meditating on a snake coil and protected by the hood of Muchalinda, the Snake King is placed at the center of the lake. Also known as the "Lotus Pond". 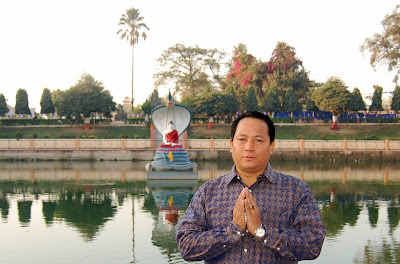 7. Rajayatana Tree: Lord Buddha spent his 7th week under this tree. It is said he gained his first two disciples here; merchants who had come and offered him his first meal following his seven weeks of meditation. This tree is close to the temple, on its southeast side. 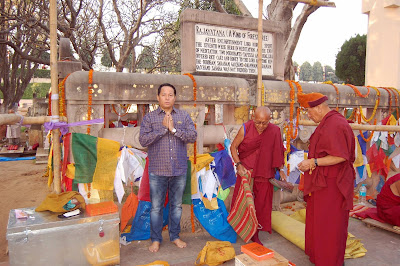 Finally you can also see Bodhi Sarovar- It is a pond situated to the west of the Bodhi Temple and believed that Buddha took a bath in this pond before going for meditation.
When you visit Bodhagaya, please visit each of this place and get blessing.