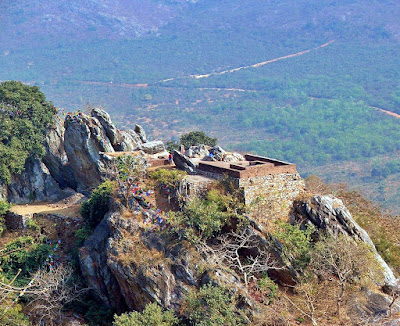 One of the most important of all associations with a "place" in the life and teachings of the Buddha, other than the Bodhi Tree at Bodhgaya and Deer Park at Sarnath, is with Vulture Peak, a small mountain just outside the city of the ancient city of Rajgir, India. 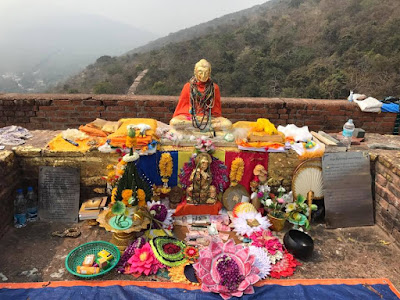 Here, sixteen years after his Enlightenment, he set forth the second turning of the wheel of Dharma to an assembly of 5,000 monks, nuns and laity, as well as innumerable bodhisattvas. This collection of teachings, which extended over twelve years, includes the Saddharmapundarika Sutra and the Surangama Samadhi Sutra, as well as many Prajna-paramita Sutras, which, as the Buddha himself told Ananda, contain the very essence of all his teachings. 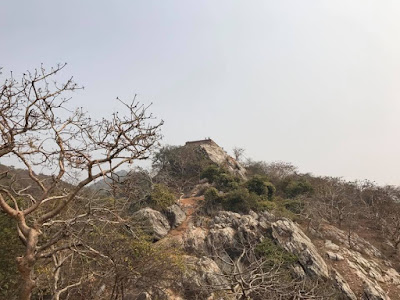 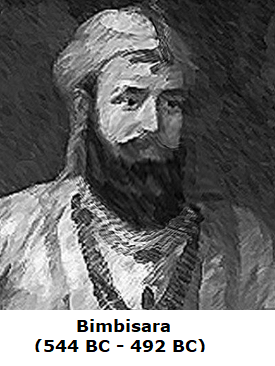 The final journey of Buddha's life, which ended with the mahaparinirvana at Kushinagar  also began from this place.

Shortly after this, the First Council an assembly of 500 monks presided over by Buddha's great disciple and spiritual heir Mahakashyapa met under the patronage of King Ajatasatru 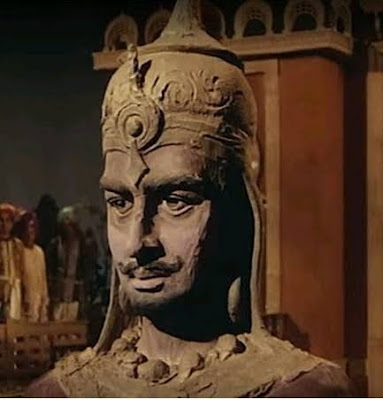 in the Shrataparna Cave, near Veluvana Grove, and compiled all the Buddha's teachings from memory. This is why all the sutras (the Buddha's sermons) begin with the phrase ‟Thus I have heard, in such a place, at such a time”.

The devoted people do breakdown here. One such was a Chinese scholar Fahein 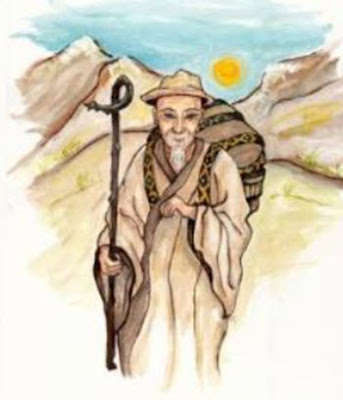 who on reaching this sacred site 900 years later wept bitterly saying that he had not been fortunate enough to listen to the sermons of Lord Buddha delivered here.

Devadatta, the notorious cousin of Buddha attempted many methods to killed Lord Buddha within these vicinity. He hurled rock at Buddha to kill. Jeevak, Buddha physician cured Buddha by ayurvedic medicines and later Buddha dipped in Rajgir Hot spring. 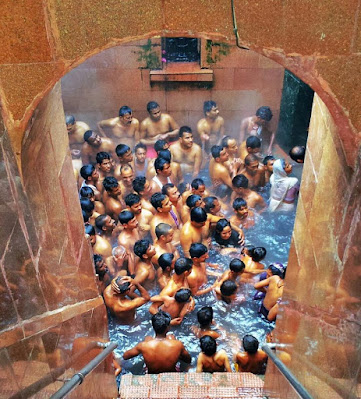 Again in another attempt Devadatta tried to kill Buddha by making Nalagiri elephant drink liquor thinking that an intoxicated elephant will kill Lord Buddha on immediate encounter but failed as furious elephant calmed down and bow its head to Lord Buddha. 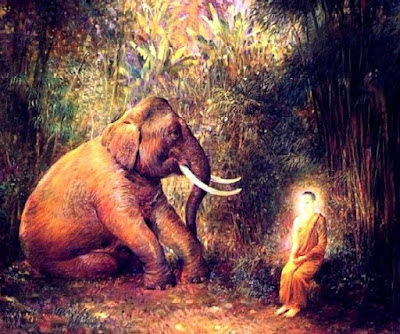 All this incidents happened near Vulture peak.
There are four caves at Gridhakuta. Buddha disciples, Ananda, Sariputra, Maudgalyayana and Mahakasyapa meditated within these caves. 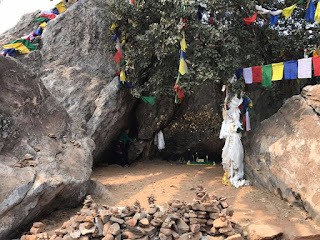 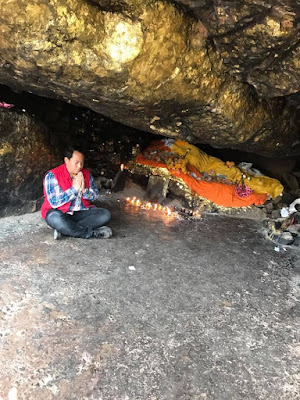 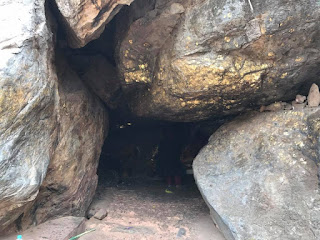 Ananda cave is the nearest to the location where Buddha meditate and deliver sermons. Here Buddha once reached through the mountain with his hand to calm Ananda, whose meditation was being disturbed by Mara, in Buddhism, the lord of misfortune, who appeared in the form of a Vulture of which, because of the many inhabitants thereof, the peak is named. Before the cave were the walking and sitting places of the previous buddhas, and a stupa where the Saddharmapundarika Sutra was taught. 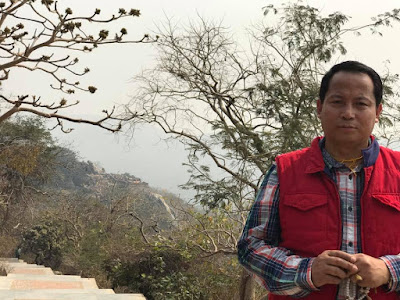 The path towards Lord Buddha meditation location was made first by Buddhist devoted King Bimbisara. During those days one has to pass via two huge rocks to visit the top of Gridhakuta. 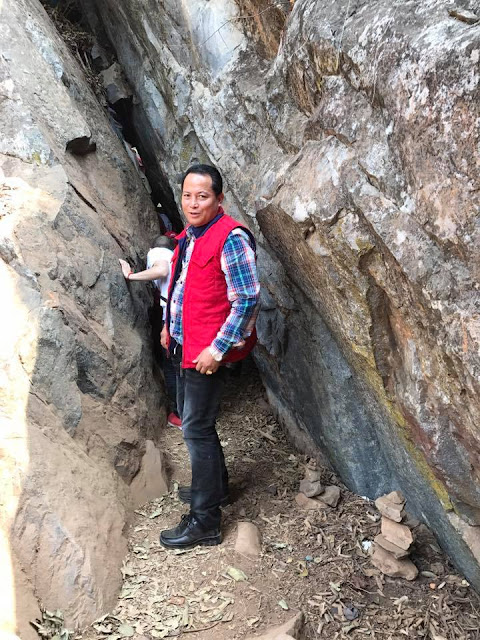 The current path was made after the visit of Pandit Jawaharlal Nehru, Prime Minister of India.

It is a historical fact that Buddha preached his disciples here. It is one of the most important place for Buddhist faith to visit.

Such is the significance of this place that daily more than 5,000 people visit and pray at the place. 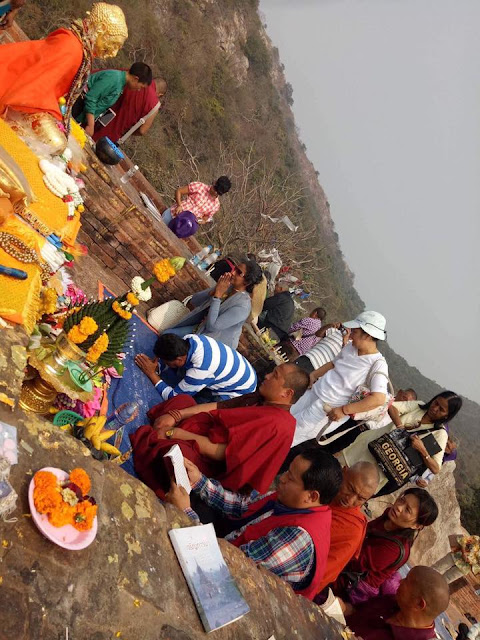 I have visited the vulture peak twice and, on both the occasion, I have recited Heart Sutra, Buddha Shakyamuni Praises/Mantra, Guru Rinpoche's prayers. I also offered Menday for all sentient beings. 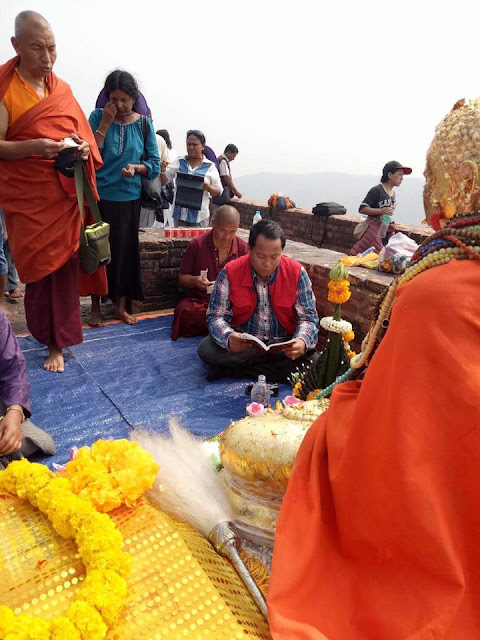 Nevertheless, my small travelling Guru Rinpoche have connected with the place and the Buddha statue. 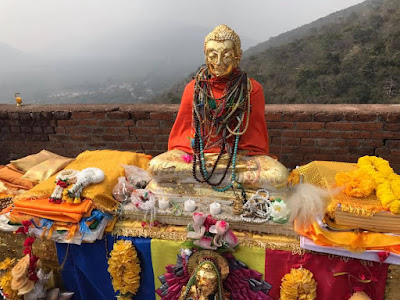 Always a great day to visit the sacred place of Buddha.