Malas: Are you using correct Mala based on your practices 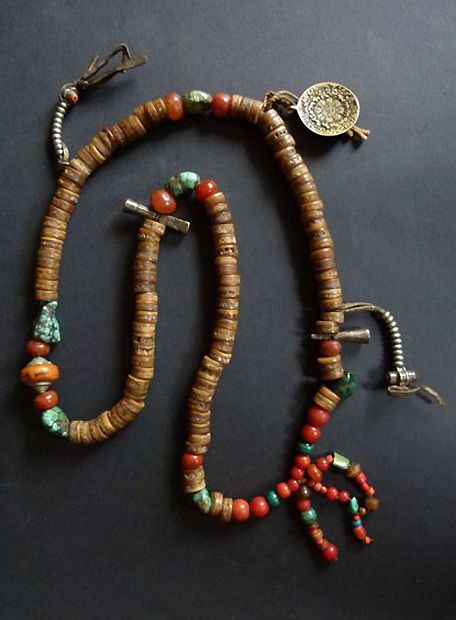 Mala is a very common item owned by all Buddhist practitioners. In fact, it became a sort of necessity item. Other religions also do uses similar type of malas.

The essence of a mala is that it is a samaya substance used for keeping count of mantras or, alternatively, one of the wisdom deity’s hand implements. Its purposes are beyond count. For instance, it helps one to attain the power of perfect recall and to swiftly accomplish the activities of pacifying, increasing, magnetizing, and subjugating.
This being so, it is taught that it is very important for practitioners endowed with samaya to keep and use a mala whose material and number of beads are in accord with the section of tantra they are practicing. This, it is taught, forms a very important auspicious condition. 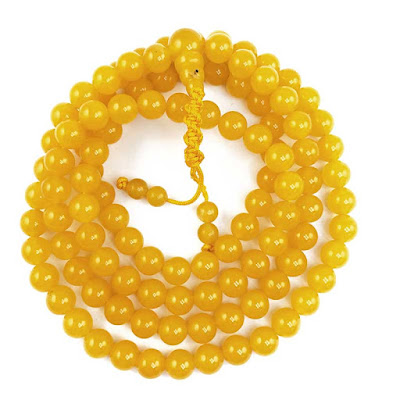 Therefore, it become imperative to select correct type of Mala, it numbers, string, mala head etc. The following brief detail give you an idea to how to go about regarding selection of Malas.

The type of mala materials
It is taught in The Dakinis’ Secret Treasury:

·      For peaceful, beautify with crystal, Mother of pearl, sapphire, and conch. 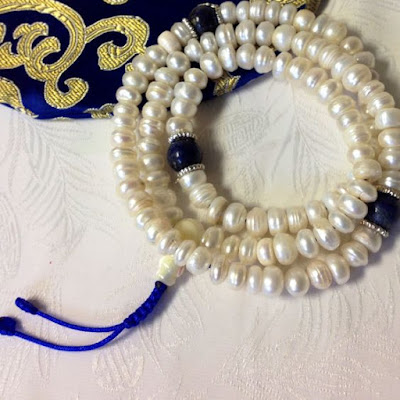 ·      For increasing, use gold, silver, and ivory. Thus one will live long and enjoy good health and virtue. 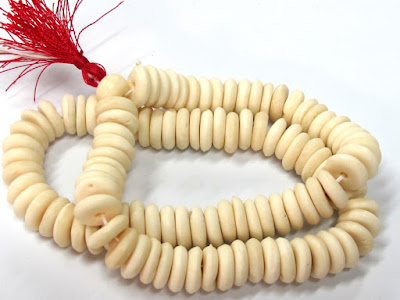 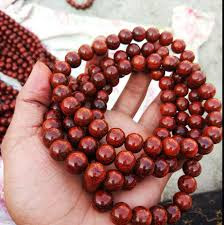 ·      Ruraksha, the lungtang seed, And skull bone are for subjugating,while bodhicitta is swift for all. 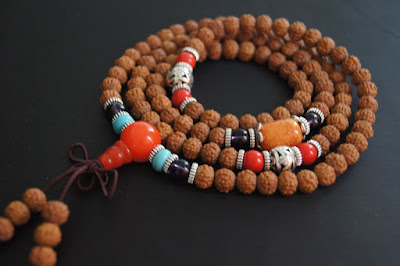 Number of Beads in a mala
This is explained in The Lucid Lamp of Mantra:
Regarding the number of beads on a mala, In general one hundred and eight beads are advised. Alternatively, use half that which is fifty-four, or twenty-one, or eleven.
In that way, it is taught that
·      for peaceful practices you should use eleven beads, 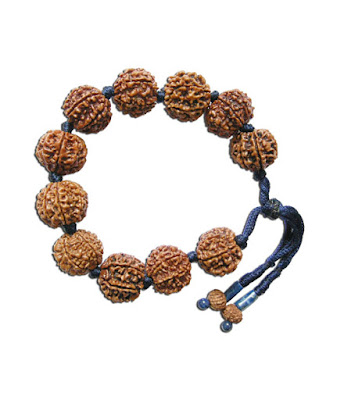 ·      for increasing practices one hundred and eight, 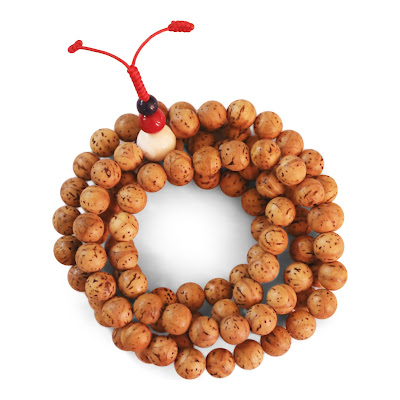 ·      for magnetizing practices fifty- four, and 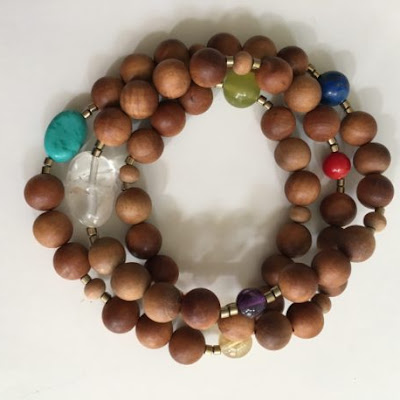 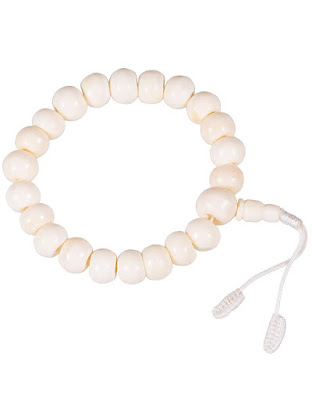 The selection of Mala String
It is explained that:

·      for peaceful practices, you should use three-ply string made from wool or white cotton; 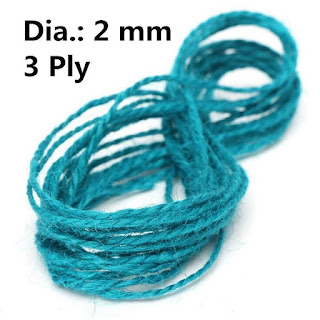 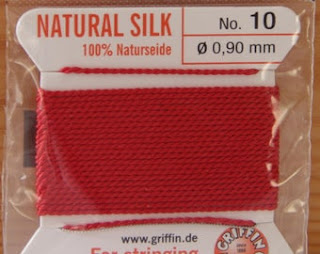 ·      for wrathful practices, you should use nine-ply string made from leather. 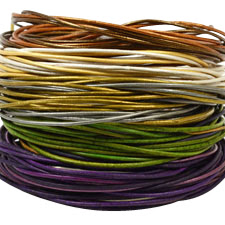 Regarding the color of the mala string, it is taught that you should use:
·      white string for peaceful practices, 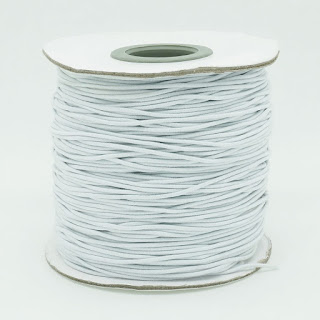 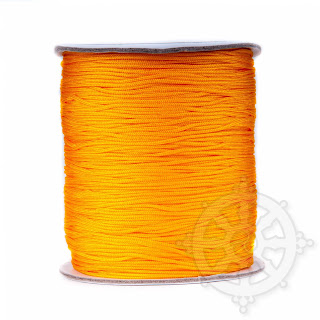 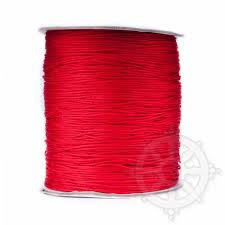 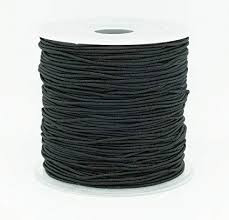 How to use Mala
It is said in the scriptures:
·      For peaceful, place the mala on your index finger,
·      For increasing, on your middle finger, and
·      For magnetizing on your ring finger.
·      For wrathful, it is said to count the mantras on your little finger,
And to rotate them away from you in reverse.
Understand these differences as they are taught.

The Head Bead of the Mala
It is taught in The Lucid Lamp: The head bead of a mala should be like this: 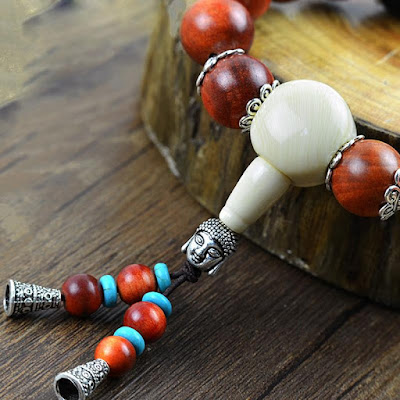 ·      For peaceful, white, round, and with strings entwined. 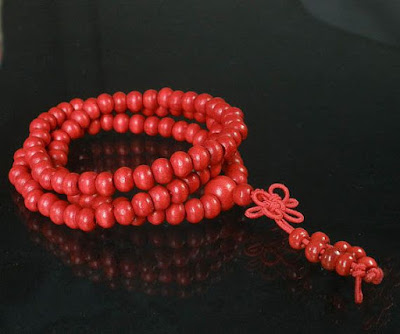 ·      For increasing, yellow and knotted, or tiered with the pattern of a stupa. 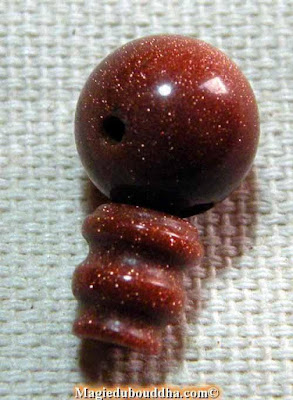 ·      For magnetizing, use a red flower. As for its shape, flat, crescent-shaped, or elongated are auspicious. 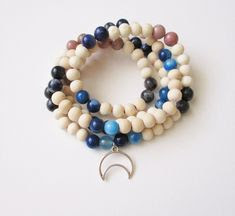 ·      For wrathful, black in color, Triangular in shape, with triangular patterns, Pointed sides, and deep holes. In short, rough and sharp. 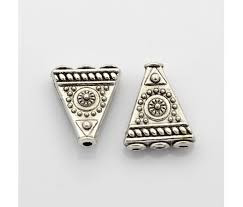 A mala for various activities 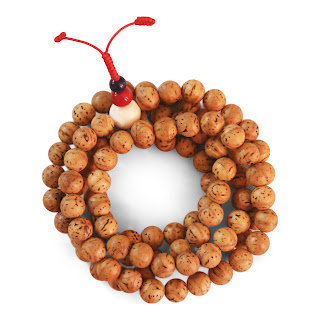 Alternatively, they can be explained as signs of the three kayas that are beyond meeting and parting: the empty essence, dharmakaya on top; the luminous nature, sambhogakaya in the middle; and the all-pervasive compassion, nirmanakaya on the bottom. 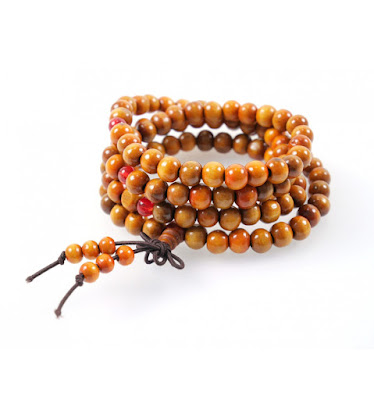 The string counters
The counters are used to keep track of the number of one’s mantra recitations. They are designed as miniature malas with a vajra and bell at the end. They can be made from gold, silver, copper and the like. 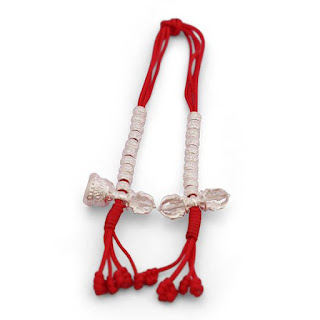 Regarding their shape and color:
·      for peaceful activities they should be white and round;
·      for increasing, yellow and square-shaped;
·      for magnetizing, red and either flower-shaped or crescent-shaped; and
·      for wrathful, black and triangular, as taught in the tantras.

The Commitments Connected to the Mala
·      The Root Commitment
An individual striving for liberation and enlightenment should maintain their sacred commitment (samaya) of engaging in the practice and recitation of their Yidam deity, and while continuously striving for that deity’s blessings and siddhis they should keep a genuine mala on their body at all times. This is the root commitment. 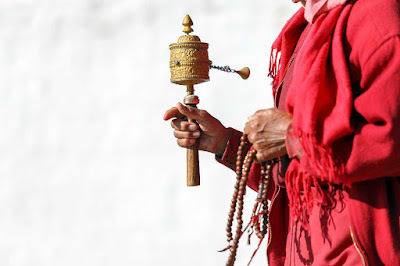 ·      The Subsidiary Commitments
When reciting the essence mantra of your deity, do not use another mala. Never place your mala on the bare ground, leave it lying around, let it pass under one’s feet and so on. Do not let others touch it, and in particular keep it away from the hands of people with damaged sacred commitments, people who are obscured, or who do not share the same sacred commitments as oneself. Do not pass it excessively slowly through your hands while counting mantras.

You should not use a mala with uneven sized beads, with crooked beads, cracked beads, the wrong number of beads, beads of inferior color or shape, or malas that are of a different type or mixed.

Also, if the mala string breaks you must replace it as soon as possible and not let it remain broken for more than one day.

It is taught that if you keep and use a mala properly, observing these and the other related commitments, the siddhis will come swiftly. 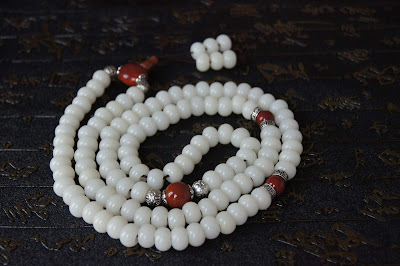 Some reference: Adapted from A Lamp Illuminating the Path to Liberation:
By Phub Dorji Wang at May 04, 2020
Email ThisBlogThis!Share to TwitterShare to FacebookShare to Pinterest
Newer Post Older Post Home