2) Mahasiddha Nagarjuna: “Philosopher and Alchemist (one of the 84 mahasiddhas (Duthop Gabchu Ja Zhi) 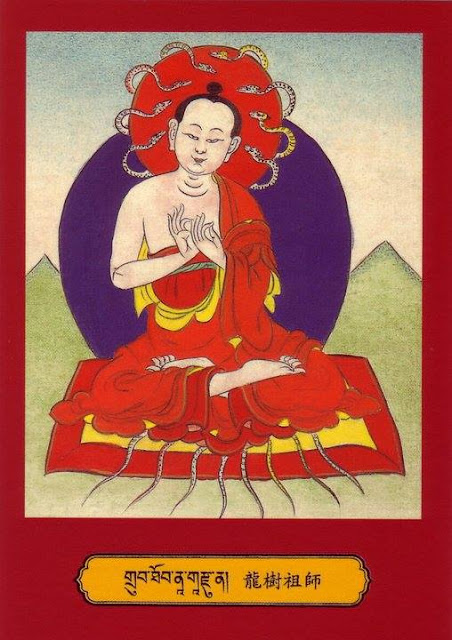 Nagarjuna was a Brahmin youth with dazzling intellectual powers and the magical gift of invisibility. However, he grew bored of scholarly life and threw himself into a life of sensual pleasure. One day, he devised a plan to slip into the king’s palace with 3 friends. They were discovered, and Nagarjuna escaped by standing invisible, but his 3 friends were beheaded. 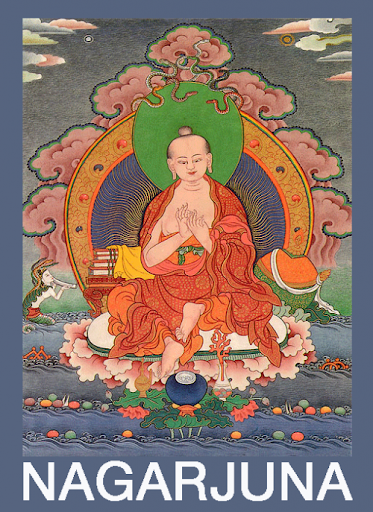 The entire district was in an uproar, Nagarjuna, now filled with self-disgust went willingly into exile. Frustrated and dissatisfied with life, he set out on a spiritual quest. He journeyed to the Cool Garden Cremation Ground where he was given initiation into the doctrine of the Buddha. Then he travelled to the famous monastic academy of Sri Nalanda, 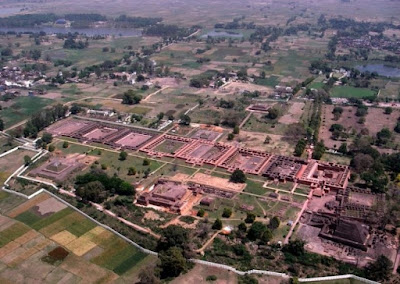 where he studied the 5 arts and sciences until he could recite the entire library from memory. But spiritual dissatisfaction arose again and books were no longer sufficient. So he began to practice a meditation propitiating Tara, and when she appeared to him, he left the security of monastic life and took up life as a mendicant monk. 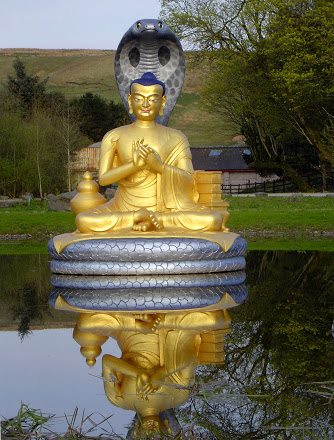 Later he decided to go into retreat in Rajagrha and began propitiating the Twelve Consorts of the Supreme Elemental. For seven days, disaster stroked the place but it was unable to overwhelm the meditator. Acknowledging Nagarjuna’s mastery, the female Elemental said to him, “Ask and you shall receive.” 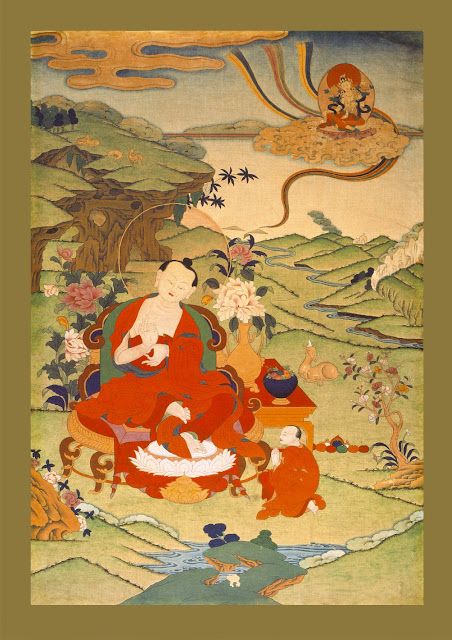 Nagarjuna replied “I don’t really need anything except, perhaps, a daily supply of food to sustain me through my retreat.” So for 12 years, the Elementals brought him 4 handfuls of rice and 5 handfuls of vegetables and by the end of his sadhanas, all 108 Elemental consorts were under his control.
Renewed with purpose, Nagarjuna had the clear intention of serving all sentient beings. His first act was his attempt to turn Gandhasila Mountain into pure gold. However before he could do so, the Bodhisattva Manjushri questioned him as to what good a gold mountain would be to sentient beings besides causing conflict and strife. Nagarjuna acknowledged the wisdom of Manjushri and abandoned the plan. 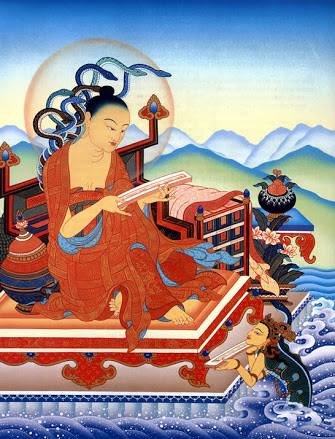 Next he came to the bank of a road river near Sri Parvata Mountain. When he asked some herdsmen for safe passage, they led him to the most dangerous part of the river, but they insisted it was the safest place to cross. A herdsman took pity on Nagarjuna and decided to carry him across the crocodile-filled river. Once safely across the river, the yogin said the herdsman could have anything he desired, and so he was made a king and came to be known as King Salabandha.

But after some time, King Salabandha too was dissatisfied and went in search for his guru with the intention to stay by Nagarjuna’s side. However, he was rejected and Nagarjuna gave him a Precious Rosary to protect him and his kingdom, then sent him back to his people for another 100 years.

Salabandha’s kingdom prospered and during these happy years, Nagarjuna spread the teaching of the Buddha far and wide.
However, the evil spirit, Sundarananda grew jealous of the king, and unleashed many disasters on the kingdom. The King interpreted these omens as a sign that his guru was in mortal danger, and so he rushed to search for his guru Nagarjuna and to sit at his feet. Just like what the king feared, Nagarjuna began giving away all his worldly goods and prepared for death. The great god Brahma in the guise of a Brahmin came to beg for the master’s head, and when Nagarjuna agreed, out of grief the King laid his own head at his guru’s feet and died. Nagarjuna then took a stalk of kusha grass, beheaded himself and handed his severed head to the Brahmin. All things withered, and the virtue and merit of men faded. Eight yaksis, the female Elementals came to stand guard over Nagarjuna’s body until today.

After the master’s death, a great light entered the body of Nagabodhi, Nagarjuna’s spiritual son and successor. When the teachings and loving kindness of Maitreya, the Buddha Yet to Come, encompass the earth, Nagarjuna will rise again to serve us all.

Nāgārjuna, is widely considered one of the most important Buddhist philosophers. Along with his disciple Āryadeva, he is considered to be the founder of the Madhyamaka school of Mahāyāna Buddhism.
Born: 150 AD, Andhra Pradesh, India
Died: 250 AD, India
Full name: Nāgārjuna
Known for: Credited with founding the Madhyamaka school of Mahāyāna Buddhism
Influenced by: Gautama Buddha, Saraha, Rahul Sankrityayan