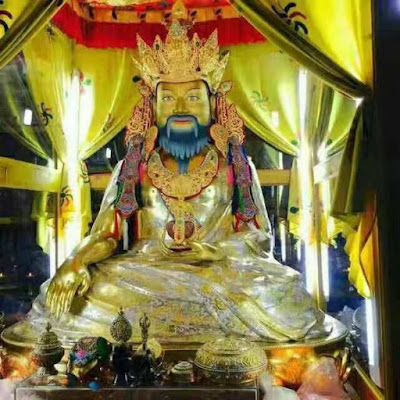 In the travelling account written in 1627 by the Jesuit priest Father Estevao Cacella, a first ever westerner to visit Bhutan gives a first-hand account of Zhabdrung Ngawang Namgyel, the Founder of Bhutan.
“This King, known as Dharma Rajah (Zhabdrung), is 33 years old; he is both King and highest lama of this kingdom of Cambirasi (Bhutan), the first kingdom of Bhotanta (Bhutan/Tibet) in these parts - it is very large and well populated; the King prides himself in his gentleness for which he is very much esteemed rather than feared; in fact at this particular time there is a lama in his house, a relative, who committed a serious offence against him, but he treats him well and told us that he would soon set him free for he did not have the heart to give him another punishment even though he knew that once out of detention he would probably offend again.
The King is also famous for his abstinence, as he never eats rice, meat or fish, sustaining himself only with milk and fruit; 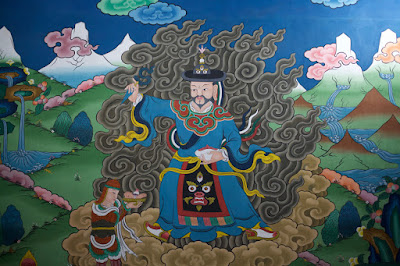 He is also renowned for the three-year retreat he went on before we arrived here, having lived in a tiny hut he built above a rock on a high mountain, without seeing or being seen by any one; he got his food by sending down two ropes from his little hut linked to two others below which he then pulled up, never talking to anyone during all that time. He told us he occupied himself in praying, and in his spare time carved some pieces - he showed us one which was his best, an image of God in white sandalwood, small but exquisitely made - he is very proud of this piece of art, and he is also a good painter, he showed us some of his paintings”. 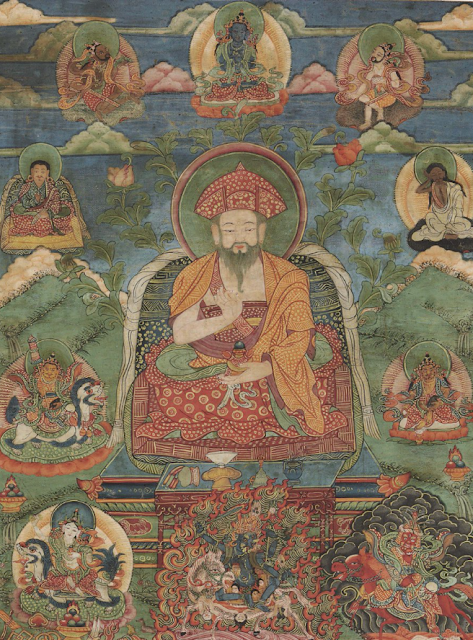 “This King is also well known as a man of letters and is revered as such by all the other high lamas - kings send him gifts and he is very much sought out by people around this area, being host to lamas from far away kingdoms. The reason for finding him living in a tent on this mountain is that the people from each village ask him to visit and so he camps at some place where he is near to all of them; they give him many presents of horses, cattle, rice, cloth and other goods which are his principal revenue, and those people that do not invite him to their villages because they are very far away, come themselves to him with their offerings. It was for this reason that he was in that mountain with his lama school, which always accompanies him; the school has more than a hundred lamas who apply themselves to their studies and perform ceremonies”. 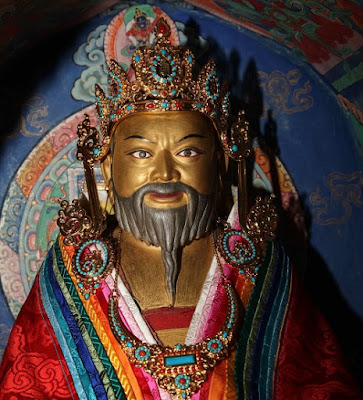 These lamas are called guelongs, they are the most important lamas because they do not marry and do not eat more than once before midday, after which they are not allowed to eat rice, meat or fish, and they never drink wine - thus they are different from other lamas who are not so strict; they spend the whole day at the school where they eat and sleep, all going out together twice a day, once in the morning and once in the afternoon; they retire in an orderly manner one after the other very composed and with modesty, so well taught and disciplined are they” 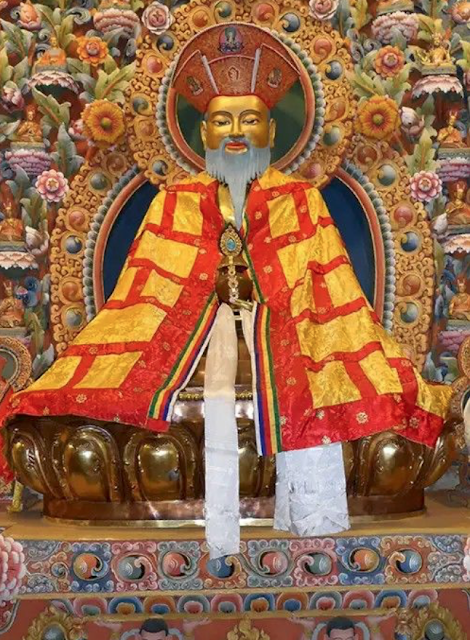 When Jesuit priest Father Estevao Cacella asked Zhabdrung whether he accepted the law and wished to become a Christian; but as we had seen in him little interest in this matter, which was the only reason for our being here, there was no point in staying. Zhabdrung acknowledged their religion but told them that he feared he would die immediately if he embraced our law because he believed in the same law as his ancestors and they had never been Christians”.

From these old and true accounts we can describe Zhabdrung Ngawang Namgyel: 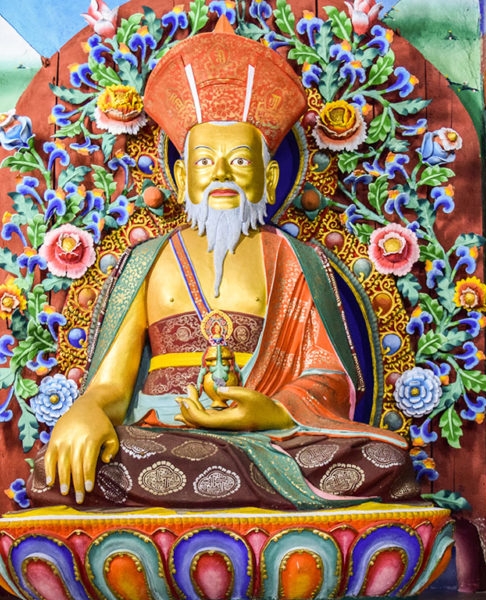