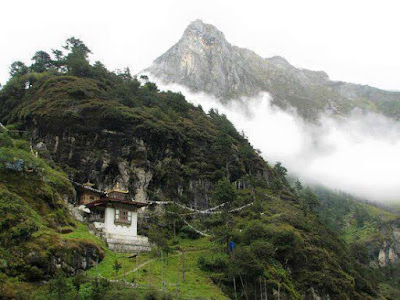 The mystical Lion Fortress SINGYE DZONG was founded by Khandro Yeshey Tshogyal and concealed as Ter by Guru Rinpoche. It will open up only when this generation of people dies down. 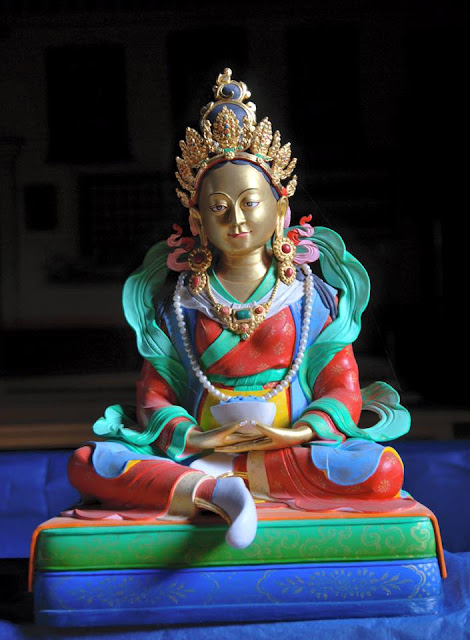 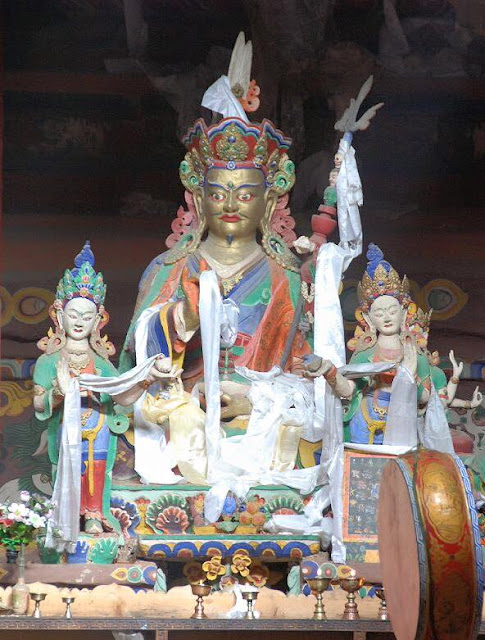 They are not real dzong at present era where one can go inside and feel the infrastructure. Sadly, it will open up only when this generation of people dies down. The dzongs are believed to be the eight manifestation of Guru Rinpoche representing the eight principle forms of Guru unveiling the inner most nature of mind. 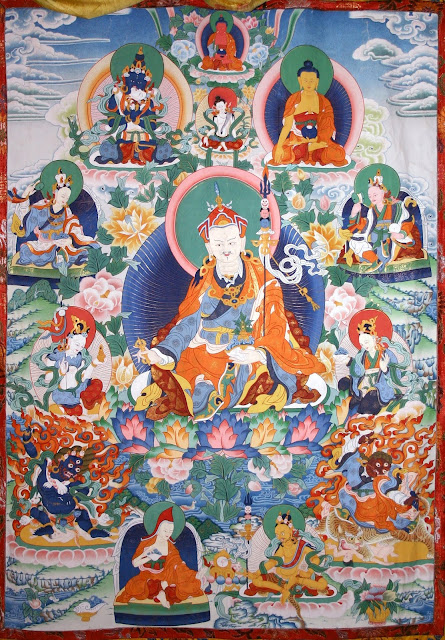 According to legend, in the mid 8th century, Guru Rinpoche attempted to suppress the demon King, Khikharathoed, who escaped from Tibet to Khempajong and established his demon kingdom there. 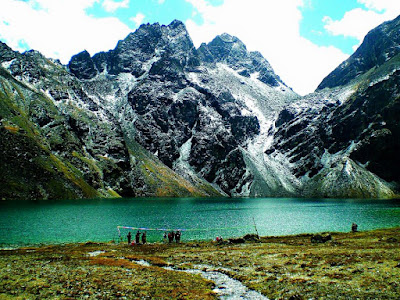 Guru Rinpoche followed the demon king and finally suppressed at Khempajong. Guru Rinpoche than moved to Singye Dzong and undertook intense meditation. The legend has it that whoever visits SINGYE Dzong cave the person would be liberated once from hell if that person is destined to go to hell. 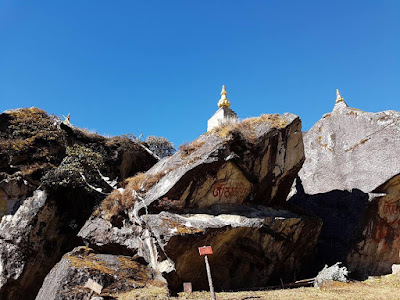 Singye Dzong got further importance in the religious context when treasure discoverer Zilnon Namkha Dorji in 19th century, discovered a treasure from this site called Tse-Drup-Chimi-Sogthig. It contains important religious scriptures originated from Buddha Amitayus, which has means to cure disease, evilness, and war and prolong life of an individual. 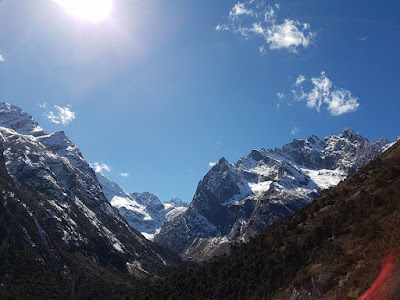 The place where Singye dzong is located is filled with mysterious and inexplicable features such as Guru Kurjey (the body image of Guru), imprint of Khandro Yeshey Tshogyal (one of the two consorts of Guru Rinpoche) on a rock, another rock where Guru imprisoned 108 mythical Garudas (bird like creature) who wanted to fill the world with chaos and disorders. 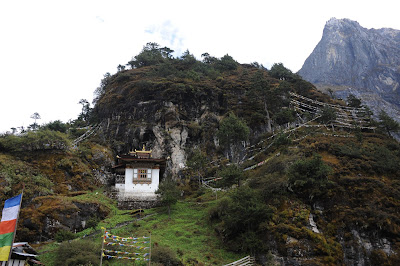 Just on the opposite side of the Dzong there is a flat rock where all the animals were believed to have gathered to receive teachings from Guru Rinpoche. Since all animals could not fit on this rock, they had another rock nearby. On both the rocks, one could see different footprints of various animals.
Other features seen are Ter Jaa Guru Kusung Thuten Ter (Guru Rinpoche's religious texts and items embedded in the rocks, mountain enriched with valuable items),
Another mysterious rock is the Mey pag gi Yang zhi (rocks turning red). It is believed that this rock changes its colour to red whenever a person dies in Kurtoe. The more colour covering the stone means the more the number died. 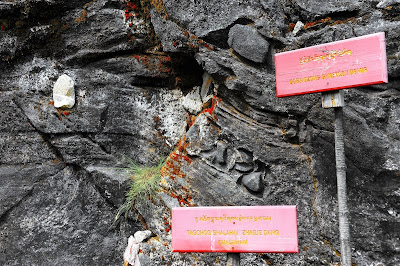 There is Nye in rock form where you can see Guru Chhipgar (guru’ssaddle) and Jaachung Gongdo (Garuda’s egg).
You will also find Duethroe (cremation ground) in each dzong. Laying and performing artificial cremation ceremony on the duethroe ensured receiving of wangku from Guru Rinpoche. 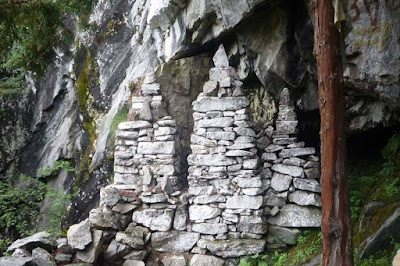 Another Nye one can visit is Khandum Yeshey Tshogay’s Draphu (the cave in which one of the consorts of Guru Rimpoche stayed and meditated alone).
High up one can see Zangtogpelri (celestial abode hill). At present as mentioned above we see all these in rocks form, later it will the abode of heaven. 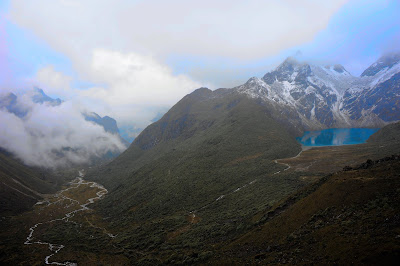 In the monastery built near SINGYE dzong one can witness many treasure revealed by Guru Rinpoche himself from the Singye Dzong Lake.  These are the only treasure that Guru Rinpoche has revealed by himself, usually Guru hide the treasure to be recovered later on. Guru After suppressing the lake demon (local deity), which can change in many forms, Guru Rinpoche revealed the five phubra (religious daggers) from the lake. 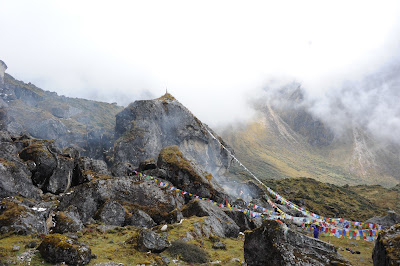 Among the five phurba one is seen with missing wing. It is believed that same lake will once again reappear at Singye Dzong when our generation ends and all five phurba will be than drown. Guru Rinpoche will personally will come again to this place to reveal the same treasure. That time, this incomplete phurba will come out in complete form. 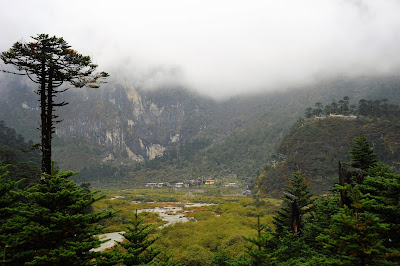 There are other important sites such as Tshokar (White lake), Tshonag (Black lake) and Terdha Latsho near the Dzong, which is believed to be very auspicious. 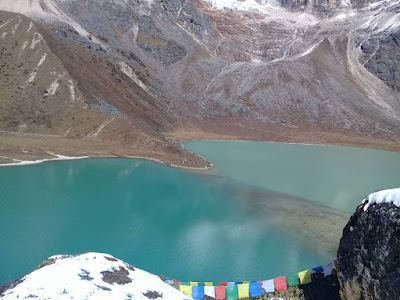 Apart from above there are countless of Neyes. 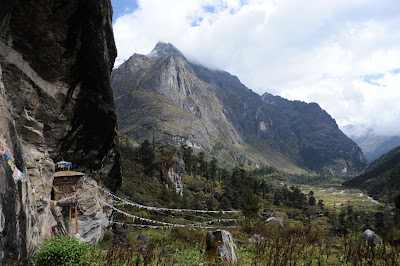