The benefits of chanting mantras 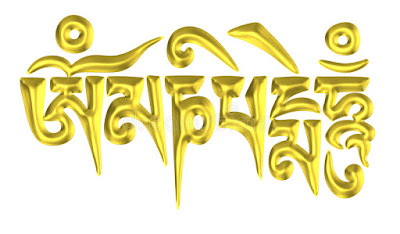 The benefits of chanting mantras include 8 ordinary achievements, 6 resources, 4 motivation and eight special achievements. Of course, the greatest achievement is the achievement of the Buddha level.

Eight ordinary achievements
The eight ordinary accomplishments or siddhis ( ཐུན་མོང་གི་དངོས་གྲུབ་བརྒྱད་) are,
1.  The siddhi of celestial realm is the ability to dwell in celestial realms while still alive.
2.  The siddhi of the sword (རལ་གྲིའི་དངོས་གྲུབ) is the ability to overcome any hostile army.
3.  The siddhi of the pill (རིལ་བུ) is the ability to become invisible by blessing pills and holding them in your hand;
4.  With the siddhi of fleet-footedness (རྐང་མགྱོགས), by wearing boots you have blessed, you can walk around a lake in an instant;
5.  With the vase siddhi you can create a vessel that makes anything you put inside it, food or money for example, inexhaustible.
6.  The siddhi of yaksha is the power to make yakshas your servants. They then follow your orders and accomplish the work of a million people in a single night.
7.  The siddhi of the elixir  gives you a lifespan as long as the sun and the moon, the strength of an elephant, the beauty of a lotus, and makes you feel as light as cotton wool whenever you get up from your seat.
8.  With the siddhi of the balm of magic sight (མིག་སྨན) you can see things beneath the earth, such as treasures and so on when you apply balm to your eyes.

Highest achievement
·      Achieve Buddhahood for the benefit of all sentient beings