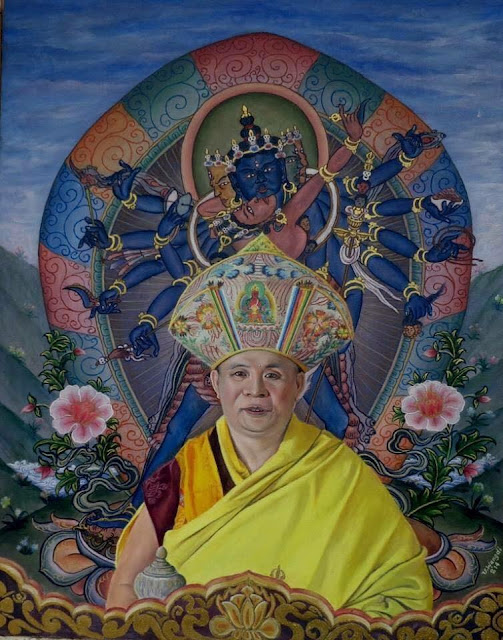 His Holiness Trulku Jigme Choedra was born at Drubtse Goenpa, Kurtoe, on the fifth day of the Bhutanese lunar month seven in the Wood Sheep year of 1955.

While at the age of three, His Holiness could vividly recall his own former lives, he was also recognized by the Great Yogi Lama Sonam Jampo (root teacher of His Holiness Nyinzir Trulku 67th Jekhenpo of Bhutan) as the reincarnations of: Geshe Pema Tshering (the learned sage of Tharpaling Temple in Bumthang who was also the spiritual teacher of the late Jigme Wangchuck King of Bhutan), Kheuchung Lotsawa (disciple of Guru Padmasambhava), Drubthob Saraha (mahasiddha), and Maitreya Bodhisattva (heart son of Buddha Shakyamuni). 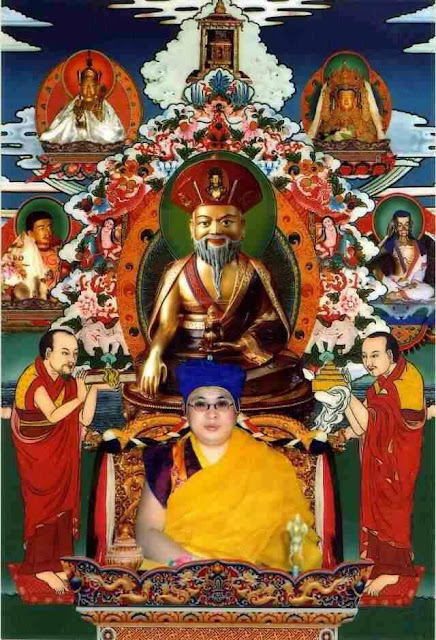 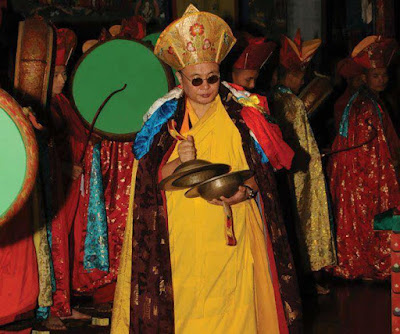 During the age between twenty one to thirty, His Holiness received full teachings and empowerments of Drukpa Kagyu tradition and Dzogchen (highest realization). Besides Rigney and Zhungchen Chusum (Buddhist philosophy), he also mastered Mahamudra practices (chag-chen) and meditations of Naro Choedrug (six cycles of Yoga Ro-Nyom Kordrug), which were taught by His Holiness 68th Jekhenpo Ngawang Tenzin Dhondup of Bhutan and His Holiness 69th Jekhenpo Geshey Geduen Rinchen of Bhutan. Moreover, he received full teachings and empowerment of Terton Pema Lingpa from His Holiness Dudjom Rinpoche. 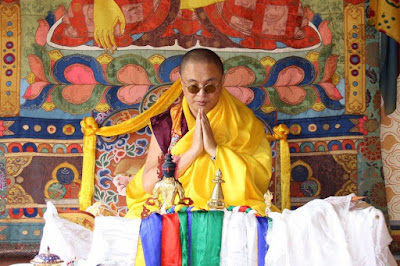 Appointed as the head of Tango Shaydra Institute in 1984, His Holiness taught Rigney and Zhungchens there. In 1986, he was appointed as His Eminence Drapai Lopen of the central monk body: Thimphu Tashichho Dzong (Bhutan capital palace) and Pungthang Dechenphodrang Dzong (ancient imperial palace).
In 1990, he resigned from his position as His Eminence Drapai Lopen and went into retreat, during which he taught Kuenkhen Kabum (teachings of Kuenkhen Pema Karpo) and the practice of Tendrel Rabduen (teachings of Tsangpa Jarey). 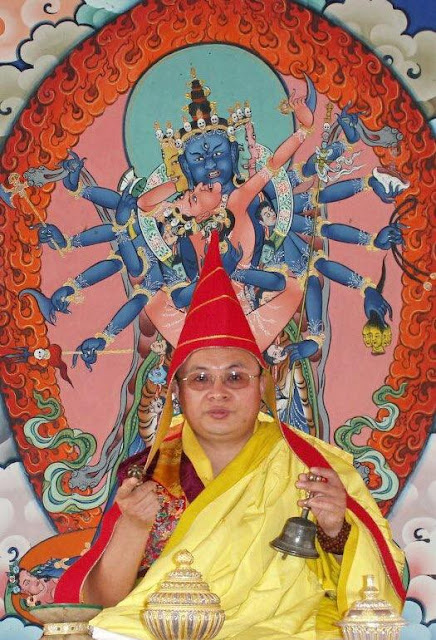 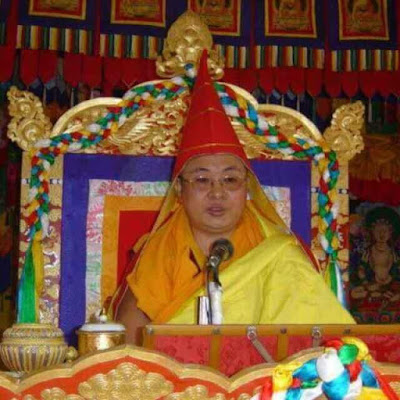 In 1996, on the tenth day of the Bhutanese lunar month three, His Holiness was enthroned as the 70th Je khenpo of Bhutan. Ever since his enthronement, each of all Bhutan monasteries and temples nationwide has been annually holding Moenlam Chenmo (great prayers to thousands of Buddha’s) to dedicate to all sentient beings for world happiness, peace and harmony.

A diminutive figure always bending lower than even the most reverent people who throng to him in droves. He epitomizes humility. To those who know our Je Khenpo as a teacher and as a leader, he is a single-minded person in the pursuit of furthering the benefits of Buddha Dharma, of inspiring the truest and most authentic practices toward ultimate liberation. 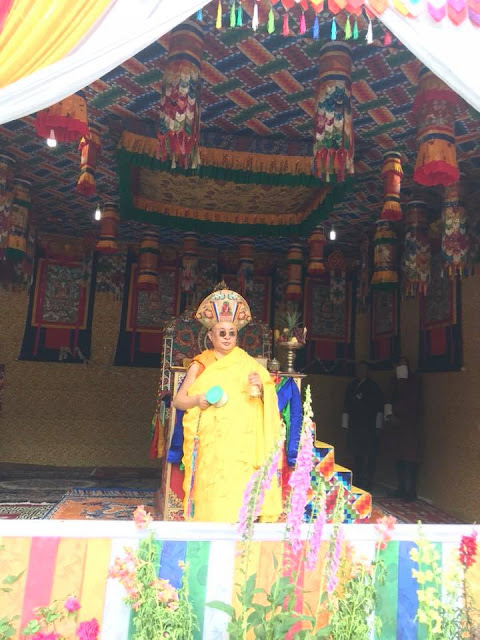 His Holiness is known as a strict disciplinarian. In his unpublished book, From the Ocean of Compassion, by Rinzin Wangchuk, Trulku Jigme Chhoedra is the Kurtoe Dophug (the Rock from Kurtoe), a reference to his unwavering attitude towards correct monastic discipline and conduct. His Holiness is a poet, a composer, a strict administrator, and a consecrator of public spaces, a philosopher deeply concerned for the welfare of the people. 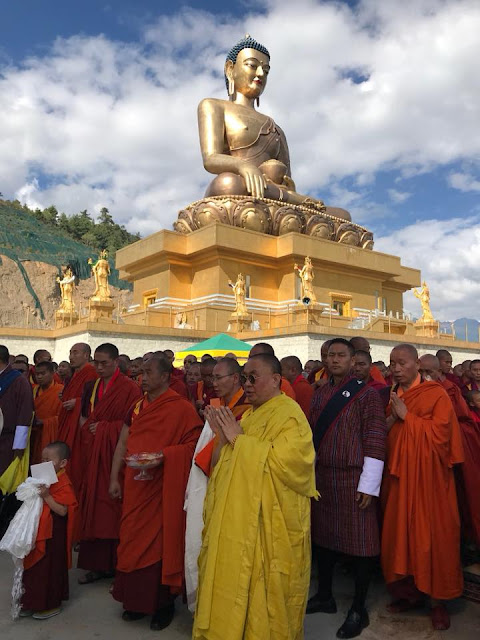 But it is his reforms in the monastic body with implication far beyond the dratshang that Bhutanese will remember the 70thJe Khenpo of Bhutan. In his 22 years as the Je Khenpo, His Holiness has brought about many reforms in the dratshang.
To the average Bhutanese, the greatest reform was stopping the practice of offering Chhangep, Phuechha, Soeja and Soetsho (offerings in cash or kind) from the bereaved families when they perform cremation ceremony. This has come as a huge relief to the rural population and the poorer sections of the society, for whom the final rites for family members became a social and economic burden. 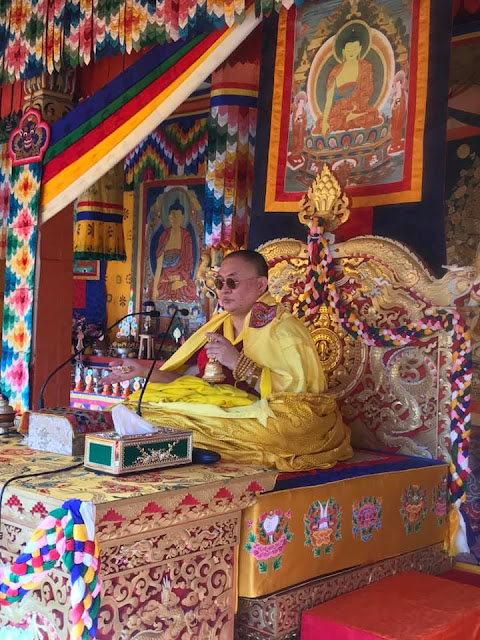 It is said that the practice of offering cash and material indebted the poor. There are stories of people who sold or killed their oxen or borrowed cash and kind to complete the funeral rites. The practice left the bereaved family members in debt. If death is the leveler, the initiatives have ensured equality at the crematorium.

This was followed by banning the serving of meat and alcohol at the cremation ground and banning of import of meat during auspicious months. Because of His Holiness’s initiatives, the average citizen can cremate their family members with dignity. They need not worry of not finding monks, arrange buffet or places to complete the funeral rites, an important ritual that comforts the bereaved family members. 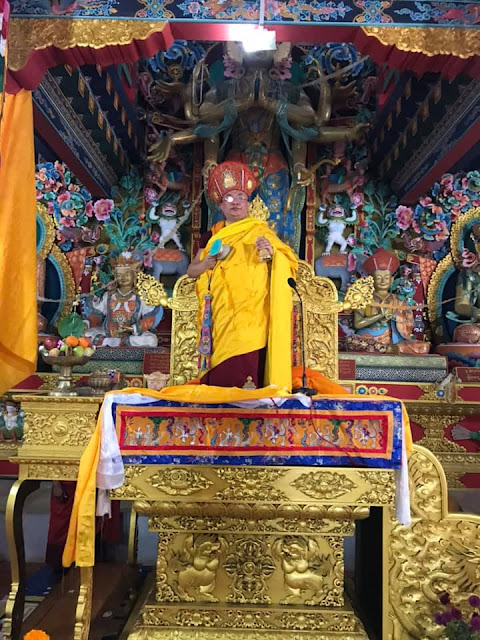 Throughout his reign as the Je Khenpo, His Holiness is engaged in spreading the Buddha Dharma, taking it to the people. There is no count of Moenlam Chenmos and oral transmissions, His Holiness conducted. Of late, through his initiative, the dratshang is making religion relevant to the youth with the choeshey programmes in schools and institutions.

His Holiness is duly recognized for his lifetime service to the nation by His Majesty The King, on behalf of the people of Bhutan, on December 17 with the conferring of the highest civilian decoration, the Order of The Druk Gyolpo. The joy was shared most by the people. 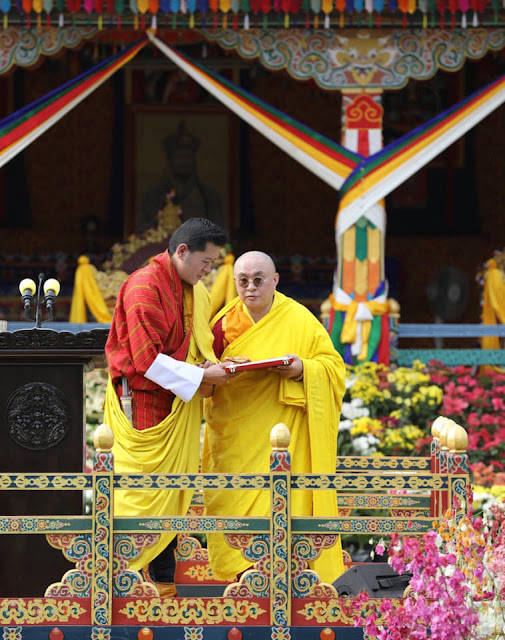