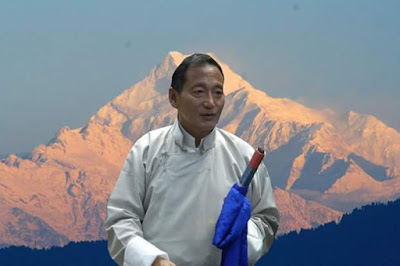 Today I am very happy and fortunate to meet His Majesty the 13th Chogyal Wangchuk Tenzing Namgyal of Sikkim. We had a very cordial discussion. I found Denjong Chogyal, a very down to earth person. He has dedicated his whole life in the dharma practices. People of Sikkim consider King Chogyal as the emanation of Chana Dorje (Vajrapani). So I am truly blessed for having come in contact with His Majesty, the emanation of Chana Dorje. I intuited he is a Bodhisattva. I have accompanied my uncle Dasho passing Dorji to meet Denjong Choyal. 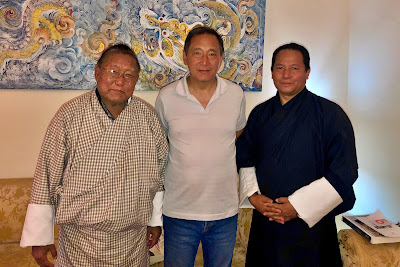 He was born on 1st April 1953 at Calcutta and was the second son from the first wife (Samyo Kushoe Sangi Deki) of His Majesty Chogyal Palden Thondup Namgyal, the last sovereign King of Sikkim. He took the position of crown prince after his elder brother's death in an accident (Car crash) at Namnang, Gangtok. 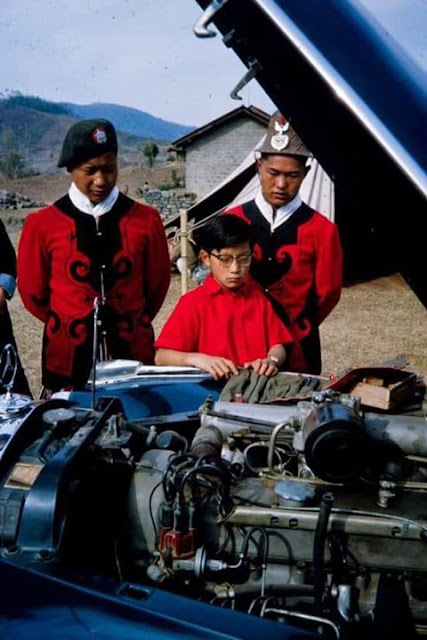 He was educated at Horrow School Middlesex London and Ealing Business School University of London. He succeeded his father as Head of the Royal House of Sikkim, 19th February 1982 and formally consecrated as the 13th Chogyal at the Royal Chapel, Tsuk-La-Khang Monastery, Gangtok, on 29th January 1982. 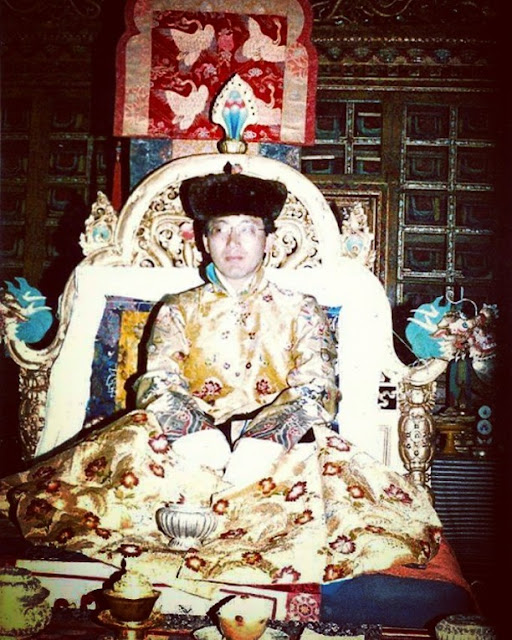 However, His Majesty Chogyal Wangchuk Namgyal, dismissed his coronation as an "unnecessary state ceremony" telling reporters: "It is up to the people to accept and acknowledge me as the new Chogyal, and you can see the support I have been shown by the people."

Since then, he has renounced all royal trappings, and donated most of his private ancestral landholdings and personal wealth for the benefit of Sikkim and for the preservation of spiritual culture and identity.

His Majesty has created a Trust to further monastic education, and founded the "lapta" at the Tsuklakhang, the "shedra" (university) at Taktse, and a retreat centre; and he, himself, has undergone over 15 years of meditation in the mountains of Nepal, Bhutan, and Sikkim. Again he will be entering into long retreat. 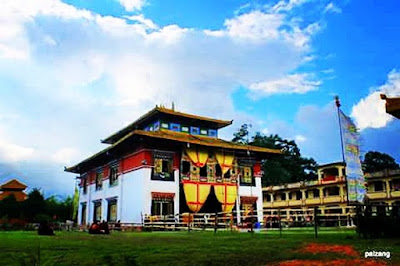 Miwang Denjong Chogyal Chenpo Wangchuk Tenzing Namgyal dedicated his very life to the cause of humankind. His Majesty is the most glaring and living example of the life and teachings of Buddha Shakyamuni who renounced his princely life for the sake of sentient beings.

People of Sikkim were grateful and appreciate the activities of His Majesty, particularly his incomparable contribution and participation towards the preservation and propagation of unique dharma tradition and lineage of Guru Rinpoche and Naljoir Choe-Ji (the Four foremost Superior Yogis of 1642) in celebration of Sikkim as the Guru Bayul Dremo Djong. 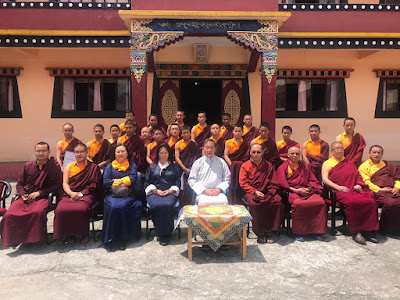 Since, His Majesty will probably be the last Chogyal of Sikkim, the people of Sikkim should show great reverence and take his great advice. I am sure with his dedication to dharma practices he will come back to Sikkim as great Rinpoche in his next life to serve you better.

May Sikkim stay as the Bayyul of Guru Rinpoche forever and may Guru Rinpoche always protect him wherever he goes.
By Phub Dorji Wang at April 23, 2019
Email ThisBlogThis!Share to TwitterShare to FacebookShare to Pinterest
Newer Post Older Post Home