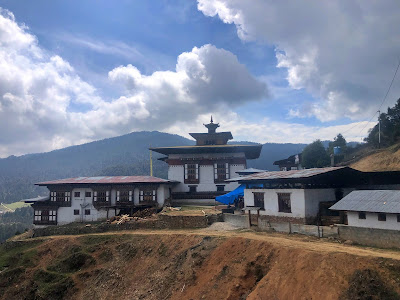 Gorgoen Thekcho Choling Lhakhang was built in the twenty century at the command of the First King Gongsar Ugyen Wangchuck after Lam Sherab Gyaltsho entreated it to His Majesty the King. 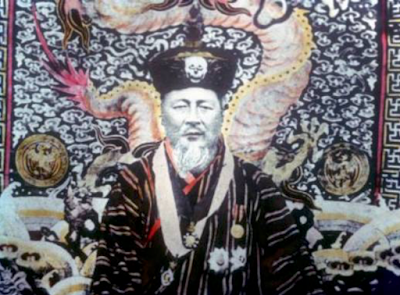 The monastery is located below 4th Zhabdrung Jigme Norbu’s Gorgoen Paljor Choling Lhakhang at Gogona at an altitude of 3000 meters above Phojikha village. 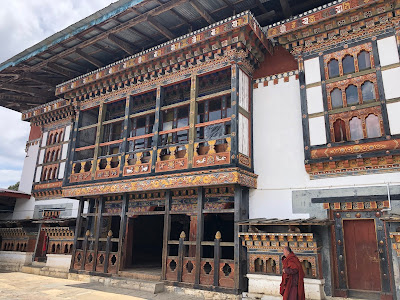 As per the feedback received from many lamas that visited this beautiful monastery, it was considered as one of best in terms of architectural design.
The main altar design with intricate curving was also one of the best in the country. The walls are painted with beautiful murals of god and goddesses.
The main statue in the center is the thousand-armed Avalokiteśvara flaked by Guru Tshengay, Chenrigzig with companions and other deities. Inside there is a Goenkha that houses Goem Maney Puti, Cherig, Chuchi zhey etc. There is also Namsi Tsheringma deities kept concealed.


I was also shown one special conch, which is a relic of the monastery. It is said that after consecration of the new monastery, one man appeared from nowhere to sell this conch. As a sign of good omen it was procured. The man was not known to anyone in villages.


At the entrance of the monastery there are two special sticks with First King Gongsar Ugyen Wangchuck’s seal to be used for disciplining purposes.
The type of religious activities that is undertaken at the monastery is still based on the kasho (Royal decree) of His Majesty the Third King Jigme Dorji Wangchuck. I was curious and requested Dorje Lopen to view the kasho in good faith as such I had an access to it.
It was great opportunity for me to visit His Majesty the First King’s monastery at Gogona after having visited the Second King’s Kuenga Rabten palace in Trongsa. 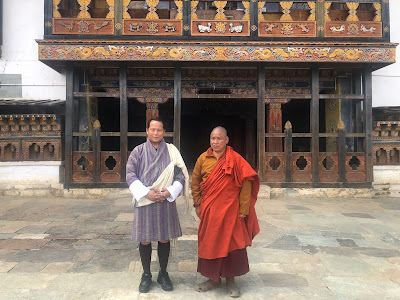 Please visit to feel the greatness of this monastery and also connect to our monarch’s heritage.
By Phub Dorji Wang at April 18, 2019
Email ThisBlogThis!Share to TwitterShare to FacebookShare to Pinterest
Newer Post Older Post Home