Chakhazur Lhakhang, a monastery built in a day by anchoring the sun. 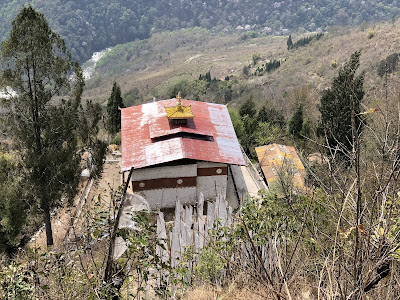 In the 16th century, Yap Tenpai Nyima, Zhabdrung Ngawang Namgyal’s father while on his journey to Bhutan through Rukuji, Chendebji and Tangsibi (Trongsa), had a vision of Neten Chudru (Sixteen Arhats) who directed him to go further to south of Trongsa and build a monastery. It further instructed to build the monastery possibly in a day that will become sacred and will immensely benefits  all sentient beings. 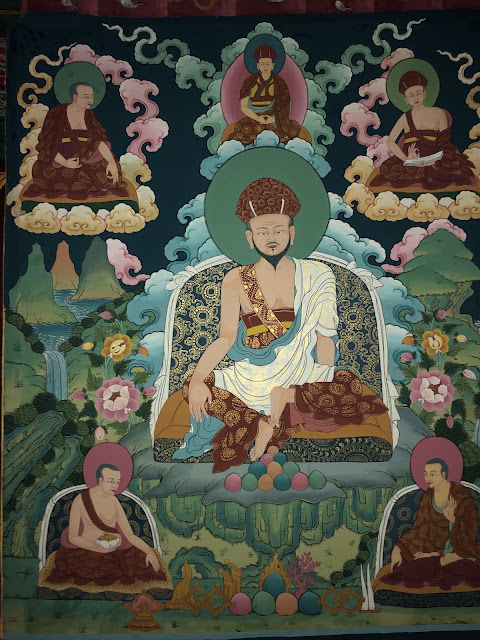 As directed he travelled to Trongsa and continued his journey towards Kunga Rabten (South of Mangdechu). On reaching the site where the Lhakhang stands today, he mobilized local people and begun the construction early in the morning with an aim to complete in a day. However the work  was still halfway and it was already evening and sun begin to set.  This worried him which compelled Yap Tenpai Nyima to use his religious power. 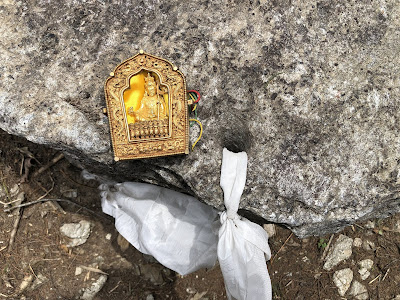 To the sheer disbelief of the locals, Yap Tenpai Nyima, anchored the sun on the rock and continued building monastery. He completed the monastery by midnight and than set the sun free. The rock with a natural hole where Yap Tenpai Nyima used steel chain to anchored sun is still seen beside the monastery.  Unfortunately, the sacred steel chain that was seen earlier by many people was not there now. The Lam informed us that it was taken to Nepal long ago. Why it was taken there? And for what purpose? was not known.

As per the caretaker Lam, one old woman was believed to have spread all her paddy outside to dry in the sun. Yap Tenpai Nyima on completion of the monastery approached her and told to pack paddy and remove as he was going to release the sun.  She blatantly refused saying sun was still up there and wondered what a foolish lam he was to tell such to her. Yap Tenpai Nyima released the sun and the area experienced total darkness. The old lady had tough time later to collect her paddy in the darkness but paid great reverence to Yap Tenpai Nyima. This incident  spread far and wide and people has shown great respect to Yap Rinpoche. 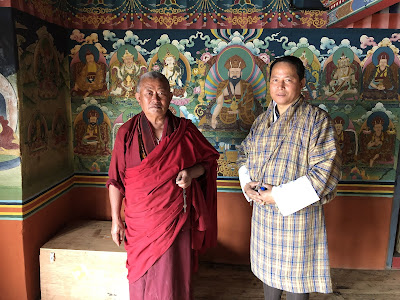 There is also another similar rock with a hole and is said to be the rock Yap Tenpai Nyima knotted his horse. 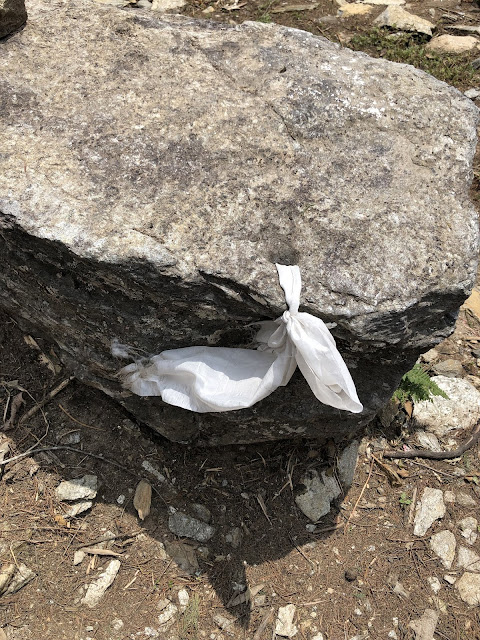 The main relics in the monastery are the small self spoken Dolma (Tara) statue and a hanging bell.
The lam said that this Tara statue was once taken to Samtencholing Lhakhang in Trongsa. One day the caretaker of that monastery heard the Dolma statue murmuring and demanded to take her back to where it belonged. The caretaker was further dumbfounded when the bell also began to ring on its own all day and night. Taking this signs as an auspiciousness, the Dolma statue was brought back and reinstated at the monastery. It is still preserved as the main relics on the first floor.
On the ground floor the main statues include a statue of the founder Tenpai Nyima, Buddha, Tshangpa Gyraey, Guru Rinpoche, Jampa (future Buddha), Chenriz and Chana Dorji. Pelden Lhamo goenkha is also housed nearby. All inner walls are seen with beautiful paintings.
On the First floor, the main relic is the Dolma Tara. The walls are painted with beautiful deities images.
The monastery has been renovated recently. All dismantled old timbers are stacked in one place. 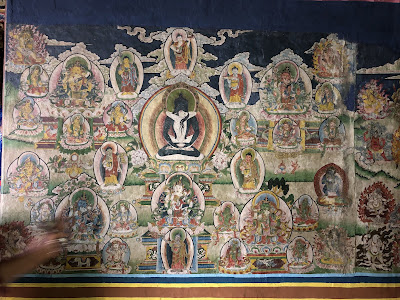 The sacred monastery is located at Drateng geog in Trongsa, 27 km from Tronga Zhemgang highway. From the road once has to walk around 10 minutes down the steep slope.