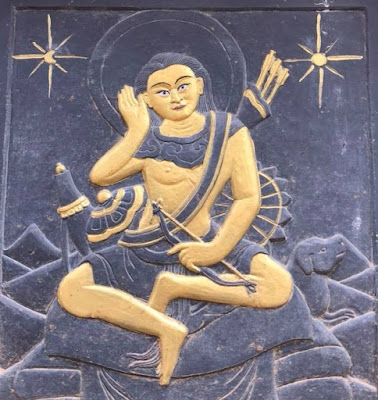 Between Chimi Lhakhang and Kuruthang town along the Punatsangchhu river after crossing the small Toebi Rongchhu, there are many Lama Drukpa Kuenlay’s Nyes (sacred religious sites) not known to many. 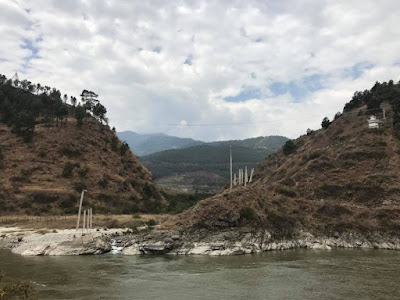 During the era of Lama Drukpa Kuenlay, the Bhutanese people were terrorized by several human eating demons. One can find this true story if one read his Namthar. Lama Drukpa Kuenlay came to Bhutan basically to eliminate these demons as Guru Rinpoche did in the 8th century.

Of the many, the most dreaded demon was Dochola demon. Lama Drukpa Kuenlay managed to chase this fearful demon down to where Chimi Lhakhang stands today and subdued her for eternity under a black chorten. 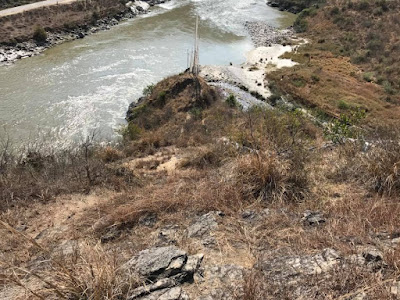 As time passed, jealously sparked between women and demons alike, because of Lama Drukpa Kunley’s massive fire-spitting wisdom thunderbolt that all are hungry about.

One day Aum Choekim, demon near Chimi lhakhang, turn herself to a terrifying frame and confronted the lama when he was coming down the small trail along the Teobi Rongchu. She was all nude, her hair down in Punatsangchu, and her left leg on the ridge where Chimi lhakhang stand today, and the other on the crest opposite near the white Chorten (Stupa).
She pronounced furiously, with lips of her massive dreadlocked vagina flapping in the air.
“Is it your ignorance that brought you here, or it is your own death that you are seeking?”
Lama Drukpa Kuenley immediately took out his fire-spitting wisdom thunderbolt by his right and caught Aum Choekim by his left hand and subdued her to eternal silence. Later she was made as Nyap (local deity) of Chimi Lhakhang considering her repeated request to protect Buddha Dharma. You can see her statue inside Chimi Lhakhang.


This dreaded old trail that connect Wangdue to Punakha was frequented by Lama Drukpa Kuenley to hunt other demons along the Punatsangchhu River as he was aware of many small demons dwelling there.

To explore this sacred Nyes I walked along this trail starting after descending from road near the white Chorten adjacent to Chimi Lhakhang and found the following sacred Neys. 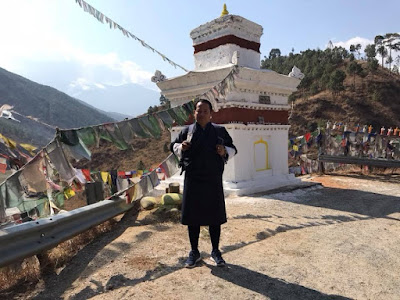 All Neys are marked with signboard written in Dzongkhag. So it is not that difficult to locate and identify the Neys. 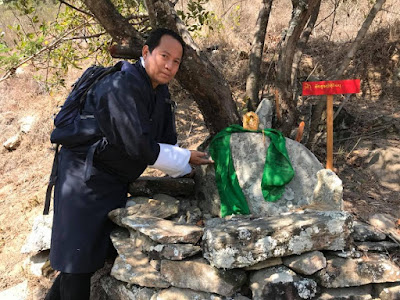 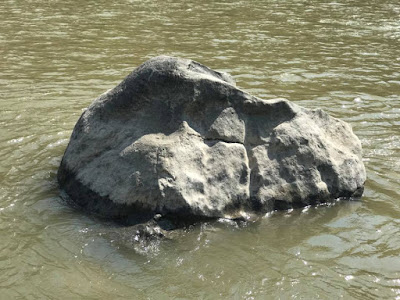 A stone representing Aum Choekim genital that was torn by Lama after she took the form of stone. 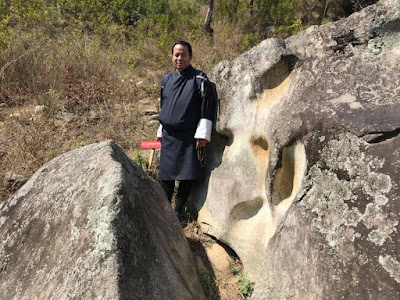 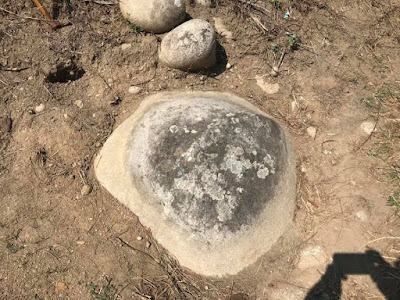 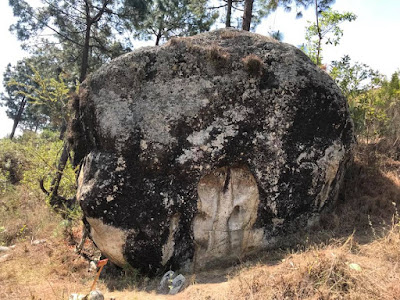 An impressive mark of Demons Choekim transformation into a male and a female fish. (When Lama Drukpa Kuenlay chased, Aum Choekim turned into a fish and disappeared into Punatsangchhu, Lama caught her by the tail and slammed onto a giant rock). 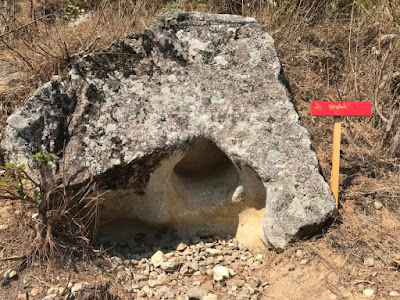 Lama Drukpa Kuenlay’s cooking pot. When a stone is thrown into it, one can hear a metallic sound. 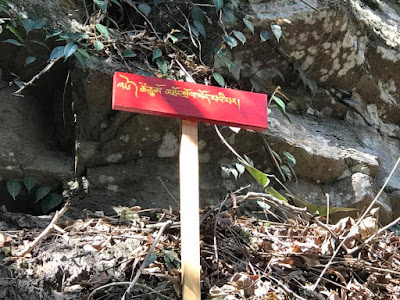 Life prolonging Drupchu. Lama Drukpa Kuenlay sent a message to Draphu Maritika in Nepal where Guru Rinpoche was giving blessing of long life. He asked Guru to send the Tshechu (holy water of long life). Guru hurled the water from Maritika. So this Drupchu is very special. You will wonder Guru and Lama Drukpa Kuenlay’s timing. But Guru is an immortal Bodhisattava so can be called at any time for blessing. 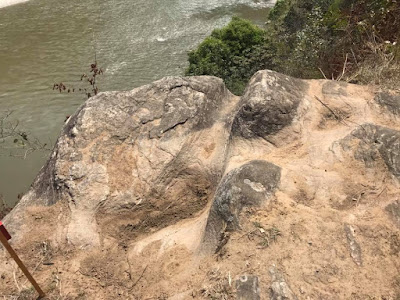 Marked of Drukpa Kuenlay’s penis naturally sculptured while watching fish in the river. At times Lama rested, pointing his penis to the river where he expected demons to come and attack him. Drukpa Kuenley had a huge penis judging the size marked on the stone. 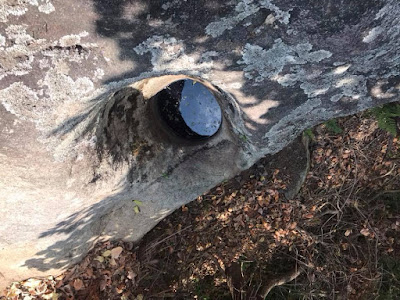 The main purpose of Her Majesty’s walk was to revive the ancient trail of The Divine Madman and promote the eco-tourism projects under ‘My Gakidh Village’ program of YDF.

The route connects 21 villages, each with interesting culture, trade and rich diversity of flora and fauna. It was this path that the Lama Drukpa Kuenley used to hunt the demons. 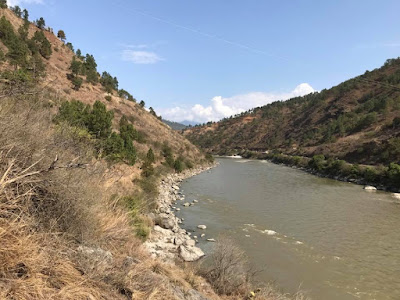 And along this forgotten trail are many tales related to Lam Drukpa Kuenley. One such trail is from Chimi Lhakhang to Kuruthang Town below the motor road where Neys with serial No from 10 to 28 are located. 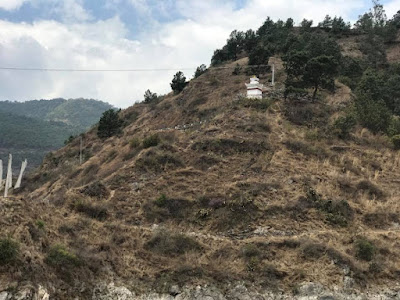 Please walk through the trail and get yourself blessed by Lama Drukpa Kuenlay’s holy sites. From the starting point till Damchen Resort the distance measured is 3.9 km. 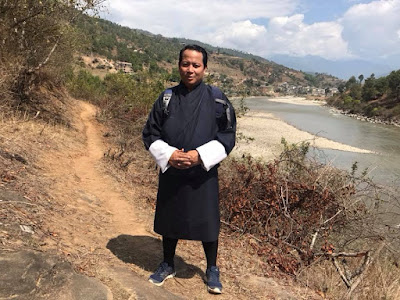 I am too happy to visit these Ney. I felt Lama Drukpa Kuenlay walking along with me with his bow & arrow and a pet dog through my short journey.
By Phub Dorji Wang at March 11, 2019
Email ThisBlogThis!Share to TwitterShare to FacebookShare to Pinterest
Newer Post Older Post Home