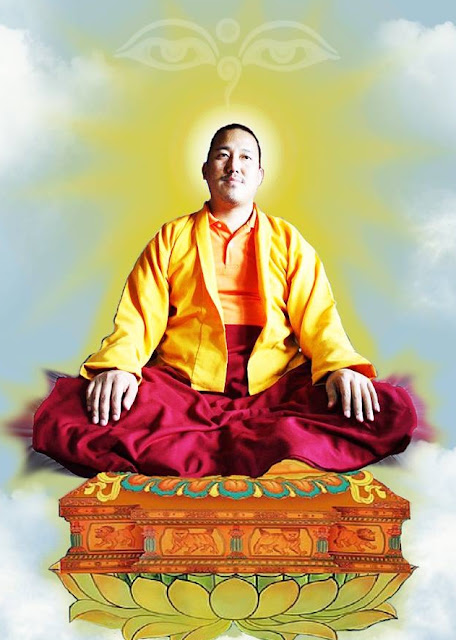 His Eminence Guru Khyentse Ozer Rinpoche was born on the 24th day of the first month of Bhutanese Calendar in 1976. He was born to a family who looked after the temple in Buli, Zhemgang. After his mother’s demise, his father and elder sisters brought him up. 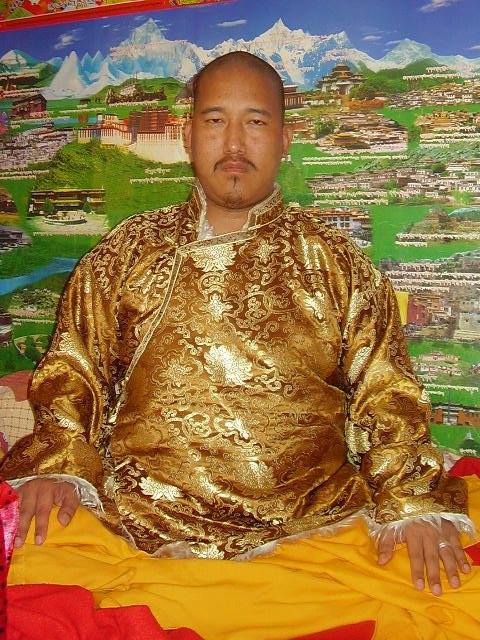 Once, on spotting a monk for the first time Rinpoche cried with happiness and asked his father to send him to monastery to be a monk. Having consented, Rinpoche spent three years at Bumthang Tharpaling as Lobdrab (novice before becoming monk). Later, Rinpoche’s elder sister sympathized so much that they never sent Rinpoche back to the monastery. So Rinpoche became cowboy till the age of 15. That was the sternest and most challenging time in Rinpoche’s life. Later at 15, Rinpoche joined school. His brilliance in studies compensated him with double promotion. 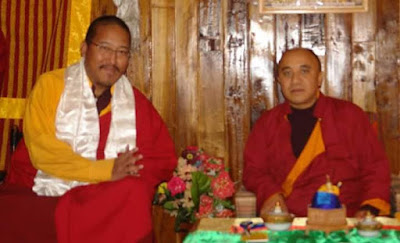 Rinpoche lived a pathetically poor life. When Rinpoche was in class 9, he had only a pair of school shoes and an old pair of slippers. Once, while visiting his uncle in Gelephu, Rinpoche saw an old shabby yellowish leather shoe covered with spider webs in a corner. Rinpoche asked the babysitter if it was thrown. She replied it belonged to a survey officer in Thimphu. She was not sure whether he would come to collect. Thinking he may not come Rinpoche took the shoe to the cobbler, repaired and wore it. Ironically one day Rinpoche met the survey officer in the middle of Gelephu town who gazed at the shoe and the Rinpoche’s face simultaneously. Rinpoche couldn’t say anything to such an embarrassing situation and nearly died. At that moment Rinpoche really wished if he had the wings so that he could  fly away instantly. 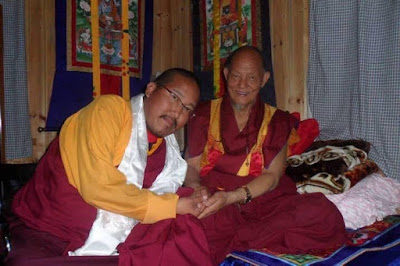 When Rinpoche was studying in 10th grade, he was ill and was sent for further referral to hospitals in Thimphu and India. With regular classes missed for four months, Rinpoche couldn’t qualify in science by just one mark. That devastated Rinpoche’s long cherished dream of becoming a medical doctor. 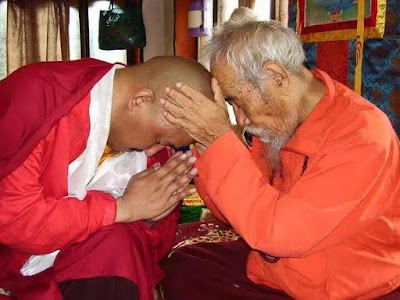 Overpowered by sadness and hopelessness, Rinpoche almost committed suicide by jumping over Lungtenzampa bridge. However, with strong knowledge on the causes and effects of suicide, Rinpoche abandoned the thought.
Rinpoche was secretly practicing Dharma under his masters from 10th grade alongside his schooling. Rinpoche met and received teachings from great masters like H.H late Dilgo Khyentse Rinpoche, H.H Penor Rinpoche, H.H Dodrupchen Rinpoche, etc. 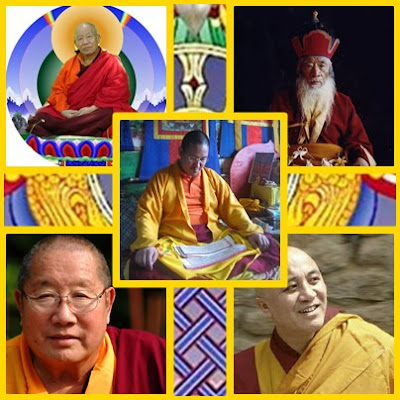 Rinpoche pursued his 11th and 12th grade in Yangchenphug High School, Thimphu, and later went to Sherubtse College. During those days, Rinpoche also engaged in doing 100,000 prostrations and recitation of 210,000 refugee prayers under his spiritual father Lama Yeshi Choeyzin Rinpoche of Kurtoe alongside with his normal classes. 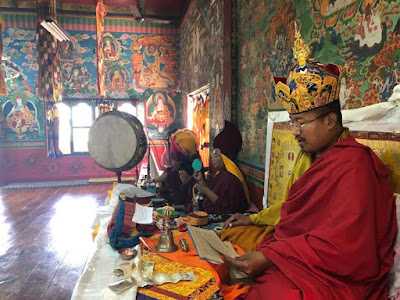 In 1996 when Rinpoche came to Thimphu for the first time for medical checkup, Rinpoche’s eldest sister who was living in Thimphu suggested of visiting a Lama at Kabesa for divination. When Rinpoche entered into Lama’s room, the Lama instantly stood up to greet him and placed a khaddar (white ceremonial scarf) on his neck, followed by a big hug. Rinpoche was perplexed and wondered why the Lama hugged him, a crippled, sick, limping boy? 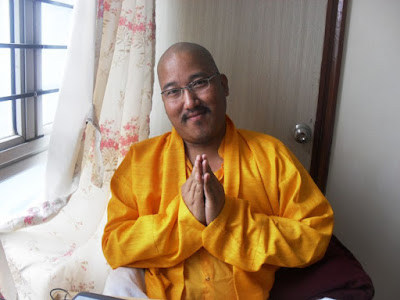 To his amazement, Lama responded his thoughts softly “You are my son dear”. He was further puzzled. He thought, “Lama is such a great man with fair appearance while I am a brown boy”. “He must be kidding.”
“We were father and son for many previous lives practicing Dharma in Tibet and India. You will benefit countless beings in future, dear,” the Lama sighed. That Lama was Lama Yeshey Choezin, the root Guru of Rinpoche.
Lama treated Rinpoche with sacred pills and gave so many teachings on preciousness of human life, impermanence, law of cause and effects, karma, the disgusting fact of samsaric existence, and many more. Lama also taught Buddhist refugee for five years. He performed all the protection rituals for Rinpoche without needing Rinpoche’s request. 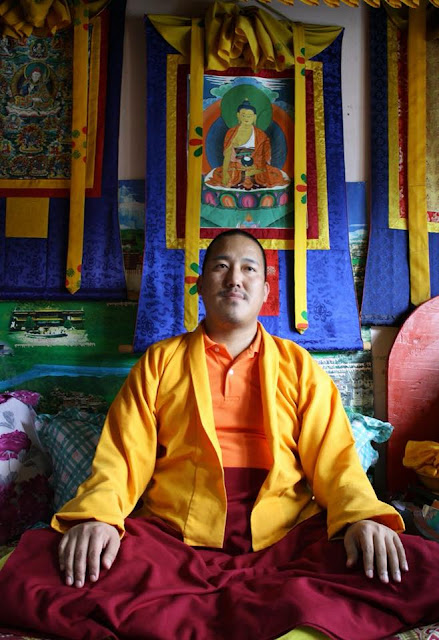 Numerous predictions of Rinpoche’s future would also be made. Lama never called Rinpoche by name but by this kind soothing verse “My dear Son”. Whenever Rinpoche went for his blessings before journeying distant places, Lama would see him off with many prayers. Placing his forehead on Rinpoche’s, Lama would pray aloud:

“May evil thoughts never come in my son’s heart. May kindness grow healthily in his heart. May he never leave Dharma. May he never forget Konchosum. May he benefit beings through his action, speech and thought.” 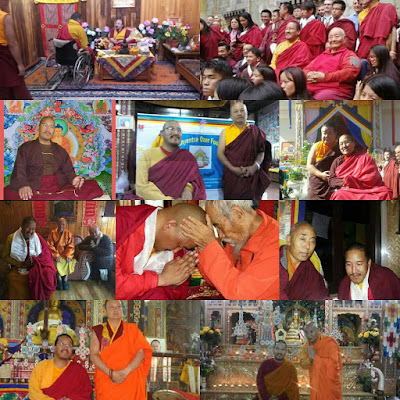 After that they would be in tears. Lama would sadly wave white scarf till Rinpoche crossed the hill. Once, Lama said to Rinpoche that he would live only for few years. As he saw sadness in Rinpoche, he said he was kidding and that he would live many years.

After 10 years of schooling, Ugyen Norbu Rinpoche was doing B.A. Honors in Dzongkha in Sherubtse College, the only college of the country then. During the winter break of Rinpoche’s 1st year in Sherubtse, Rinpoche came to Thimphu and visited his Lama and got blessings.

After few weeks, someone came to Rinpoche with the message that he must immediately visit his Lama in Intensive Care Unit (ICU) of Thimphu hospital as Lama was asking about him time and again. A devotee called Kaina took Rinpoche in his scooter. 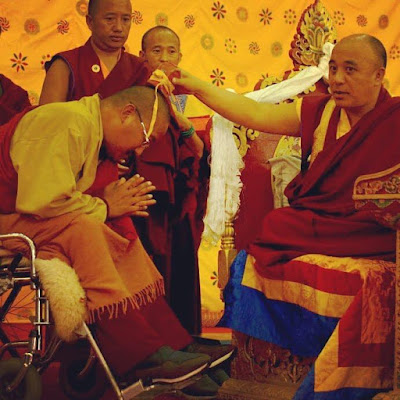 Upon seeing Lama on the bed connected with wires and ICU equipment, Rinpoche almost fainted with uncontrollable sadness and tears. By the time Rinpoche realized, he was hugging his Lama, begging to live long, if not for all sentient beings, at least for the pathetic son. Lama put his palms on Rinpoche’s head and murmured,

“I told you to practice Dharma but you didn’t. Now I’m going, my son”.

Immediately, Rinpoche did 3 prostrations as a sign of regret and request for forgiveness. Lama called Rinpoche near him and gave him a hug.
“Dear master, please forgive me. I will leave my studies and fully practice Dharma. Tomorrow I will go to Sherubtse and officially process Transfer and No Objection Certificate. And I will come back only to be with you, practicing Dharma for sentient beings till I die” Rinpoche begged. 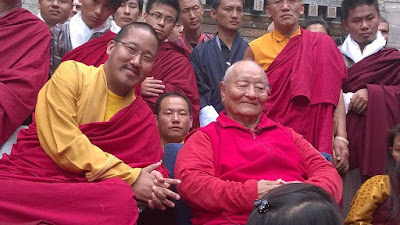 “This is what I want you to do, dear son. Just do meditation for a year and live serving beings. Before I breathe my last air, you gave me the happiest news. What a fortunate son! You will benefit beings more than I did”.

Rinpoche then requested several times to live long and distributed Tshedo (Long Life Sutra) to others. Before Rinpoche departed to Sherubtse College, Lama called him to be near him and asked to eat a bowl of fruits. Rinpoche knew it’s for good reason and tried his best but seeing Lama in pain Rinpoche couldn’t eat it all. So Lama advised Rinpoche to take home and give to others. 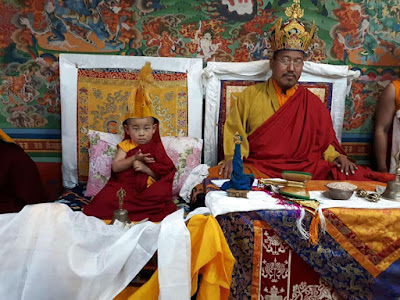 When Rinpoche bowed down to receive blessings, Lama whispered to Rinpoche, “Come back soon, my son, I will try to wait for you”. There were tears of sadness in both of them. With folded palms, Rinpoche was moving backward to leave the room when suddenly Lama called him for another blessing and hug. Waiting few minutes bowing down, Lama did not utter anything but was looking into the front space.
Rinpoche slowly moved away saying, “Dear Lama, wait for me. I will come back soon”. When Rinpoche reached outside the room, Khandro Lhawang Choezom warned Rinpoche to come back soon as Rinpoche may not meet as the last parting was unusual. She was sobbing.

To go to Kanglung and return to Thimphu, Rinpoche needed money. So Rinpoche had no choice other than to provide tuition for a month to small children in Dechencholing. The tuition was two hours morning and another two hours in the evening. The rate was Nu.50/- per month. So, after a month of tuition, Rinpoche went to Kanglung but took another one month to reach back at Thimphu. The saddest part on reaching back was that Lama passed away into parinirvana few days ago. 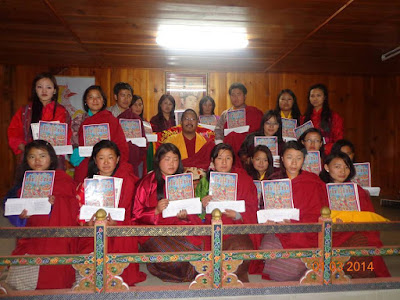 Today, Rinpoche recollects the situation saying, “It was like living in the darkness. The sun was set as my guide left me alone. It was like being lost in the ocean of samsara without compass to determine direction. The bridge has collapsed, protection fences destroyed. It was like a king met with check in chess game; like a computer getting crashed down; like a bankrupted rich man; castle with electricity line cut off; like pretas without food and drinks; like a car without fuel and driver; like a merchant without merchandise; like a bukhuri without firewood; and like in the state of khorwai Bardo . I cried for months.” 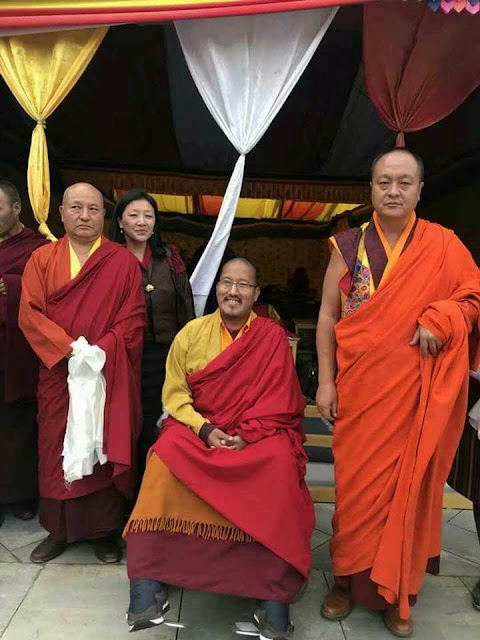 Today, Rinpoche resides in Dechencholing under Thimphu Dzongkhag. Rinpoche tirelessly preaches Buddha dharma day and night to those who are interested and have devotion in Buddhism. As of now, there are around 10,000s of Nyondro practitioners under Rinpoche, of which most of them are youth. 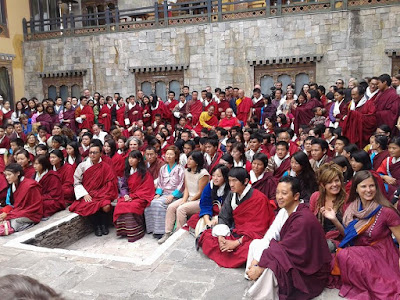