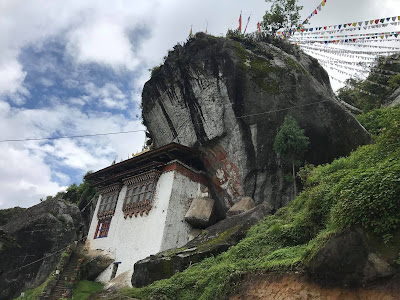 Visit to Gon Tshephu Guru Rinpoche’s revered Ney was long overdue for me. As everything needs to happen only with the propitious timing, my day was last year. I too reached the divine sites.

Proceeding from Kuruthang, I drove 30 KM on the Gasa National Highway before taking a right feeder road. Driving around 100 meter down towards river, I crossed the Bailey bridge. Gasa Chu was flowing violently underneath. After that the road was rough with gradual climb. One has to negotiate many turns through the dense forest and finally embarks at the construction site where the road ends.  Excitement begins to see Guru Rinpoche Ney. The KM meter recorded 10 KM from Bailey bridge to Gon Tshephu. So the total distance from Kuruthang to Gon Tshephu is 40 KM.

Walking straight around 200 meters I reached the destination and fulfilled my wishes. The Ney is located on the other side of the mountain. 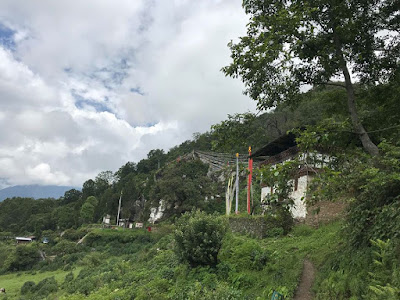 The moment I behold the Sacred Guru Rinpoche’s Ney, there was a gush of feelings of excitement, happiness and fulfillment.

On reaching, I made three prostrations to the Monastery and climbed up. Surprisingly at the entrance I met the Monastery’s Lam Chimi, which was a good sign. Had a photo with him. 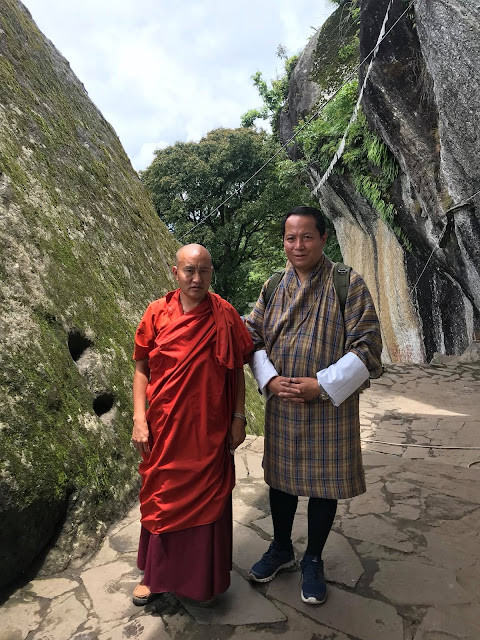 After that, I have requested the monastery caretaker Lopen Tshewang Dorji to take me around the Ney, which he promptly agreed.

The followings were what I saw at the most sacred Ney at Gon Tshephu: 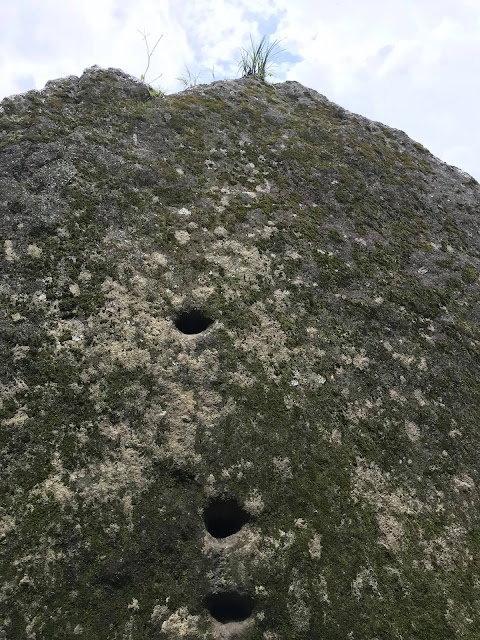 At the entrance of the Monastery, there is rock which is believed to be upper lip of the Mara subdued by Guru Rinpoche. On this stone face there are three-foot prints left by Guru Rinpoche. He stepped on it and flew to Tshechudra, Gasa. On the same stone, footprints of Terton Dorje Lingpa were also seen. 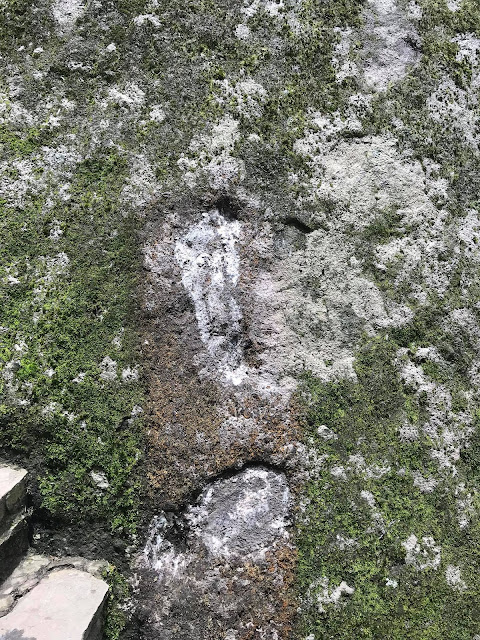 Pasamgi Shing. Wealth laden tree. The tree is seen nearby that give fruits throughout the year

Tshe Chu (Long life water): Right at the entrance to the main Life Vase cave, there is Tshe Chu (long life holy water) channeled in a tap. Drank and collected a bottle. 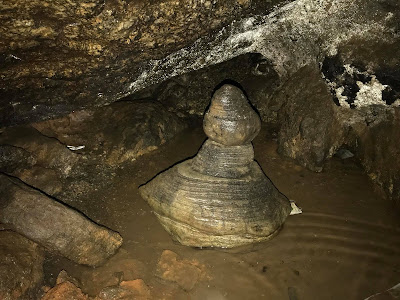 Entering a narrow rock passage, suddenly it opens up to a huge caravan of rock with big open space. There is continuous dripping of longevity water from top believed to be coming out from an elephant tongue. Little up in a small cave is the main treasure of Gon Tshephu, the Life Vase with self-arisen treasure letter ཨ (Ah), which have flown from Nepal’s Maratika Cave. 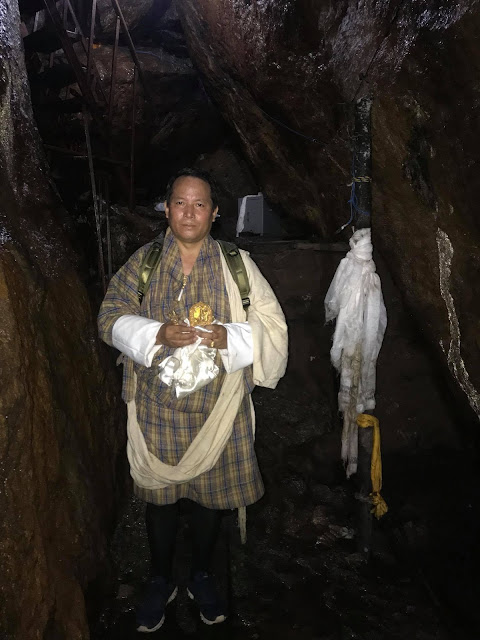 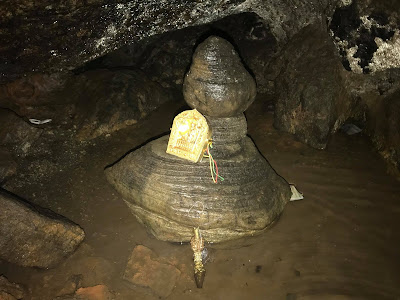 Beside Life Vase Cave there is iron ladder that take you to Dakini meditation cave. 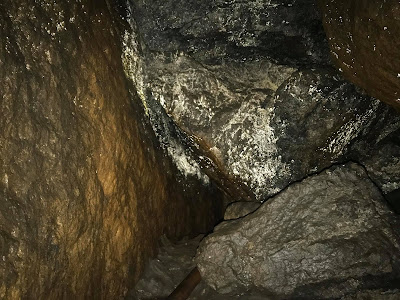 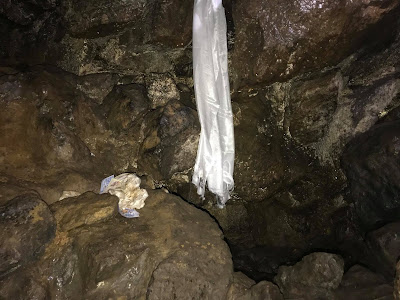 Beside Dakini meditation cave there is cave where one can ascertain positive and negative Karma. In summer it is not accessible. It is slippery and full of dripping water. However, if you really want to try you may. 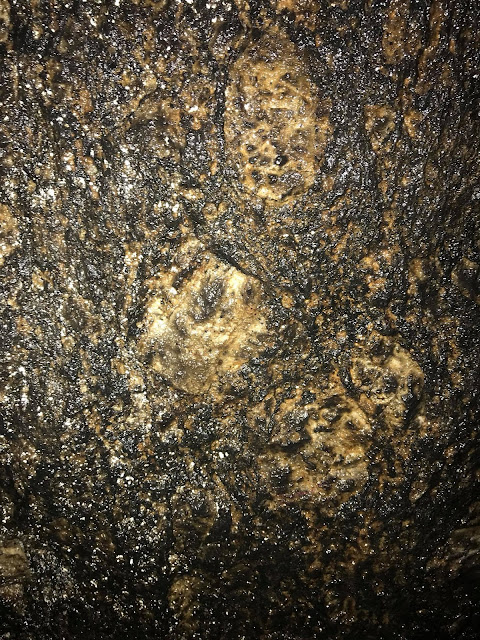 Returning to the monastery and climbing above, in a cave face a self-arisen 21 Taras images can be seen believed to be concealed there. One day it might come out as Ter. Prayed and received blessing. 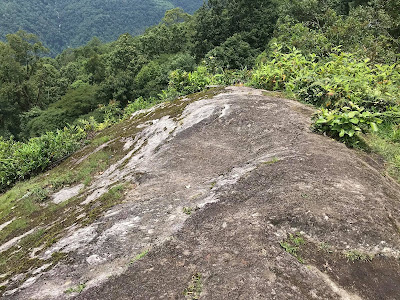 Beside Tara cave, on rock there is mark where Guru Rinpoche sat, possibly offered protection prayer to all sentient beings. From that point, the views are wonderful. The vast mountain ranges are in one’s view. Just viewing from that place, one can easily release all the stresses. 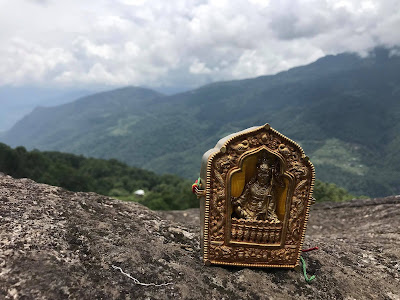 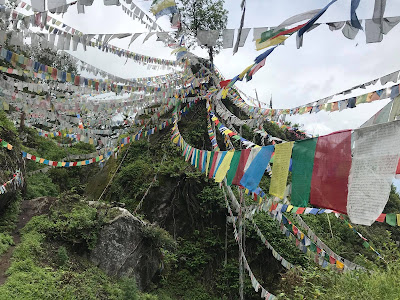 On top of the big rock above the monastery there is a cooking oven used by Dakini to make food for Guru Rinpoche. A small plant amazingly with many long cripper like roots is the catching rope or ladder to reach up. I saw the sacred oven (with fire woods), offered neydar and connected with my Guru Rinpoche. One has to be very careful while climbing or staying at the top. Any accidental slip could be a disastrous. 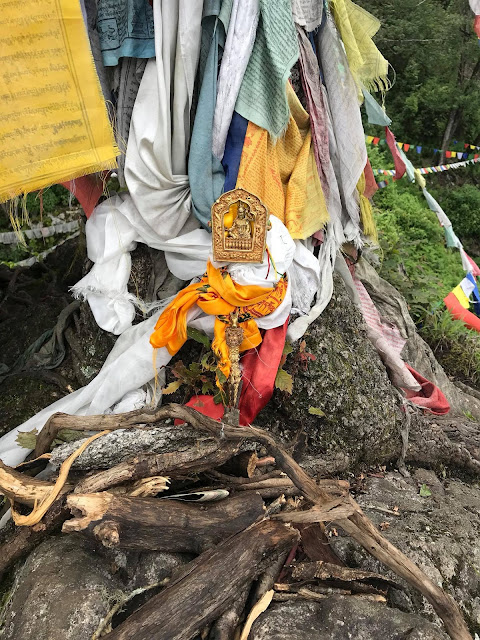 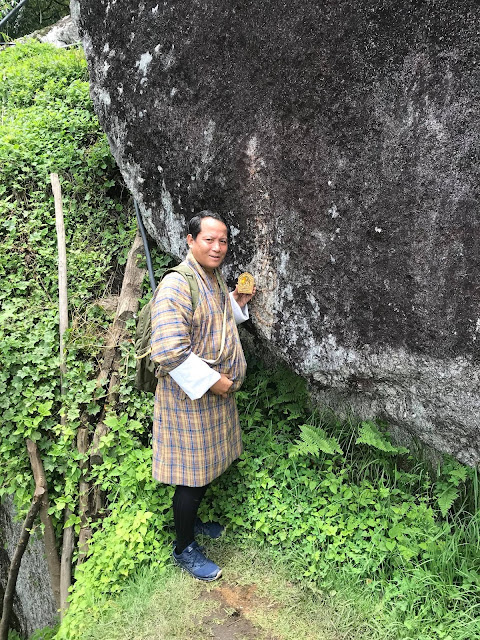 Below the Monastery on the backside of Mara’s upper lip, a wonderful self-arisen letter ཨོཾ་ཨཱཿཧཱུྂ: can be seen. On close observation all letter are raised letters. Truly amazing. The portion of stone is believed to be Mara’s heart. 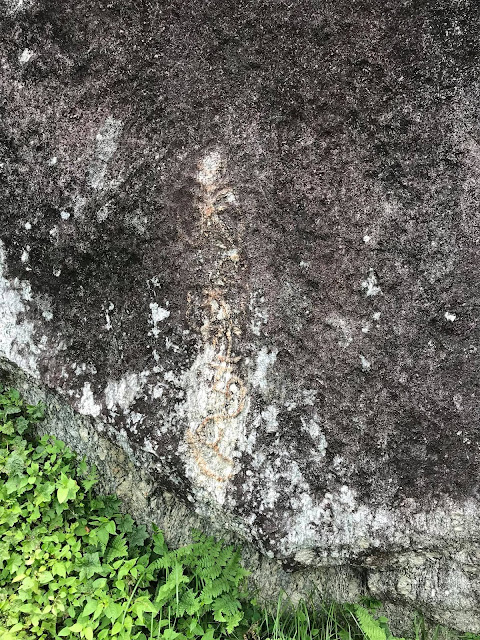 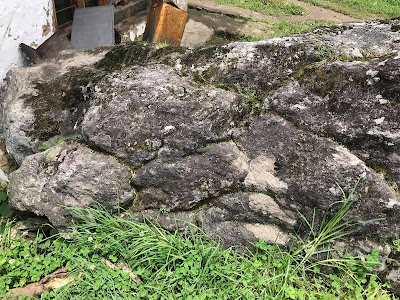 Beside butter lamp offering room, there is small boulder. Here Wangchu chenpo with male and female conch can be seen. 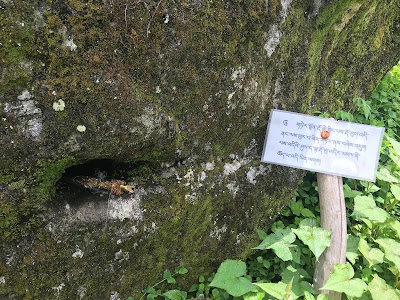 There is small hole on the face of stone from where Terton Dorje Lingpa took out Phurbi Ter. Coincidently I have carried Phurb along with me so it was truly blessing to put my Phurb there and get the energy. Everything has auspiciousness if you have faith.

The following are the Bodhisattva who has visited Gon Tshephu Ney:

Zhabdrung Ngawang Namgyal when meditating at Gon Tshephu saw the vision of Guru Rinpoche and received prophecy of flourishing teaching of Palden Drukpa in Bhutan. 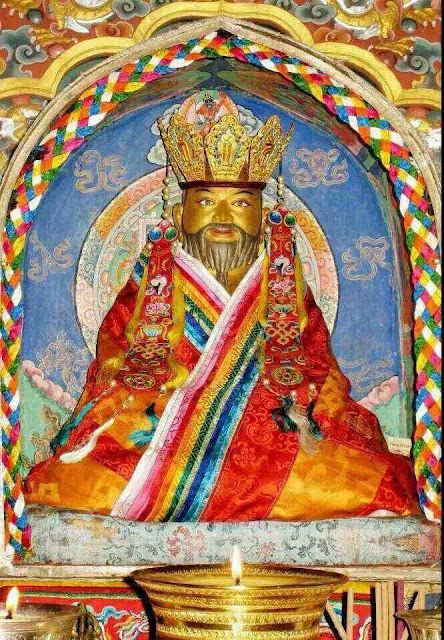 Thank you Lopen Tshewang Dorji for for taking me around and explaining about the Ney. 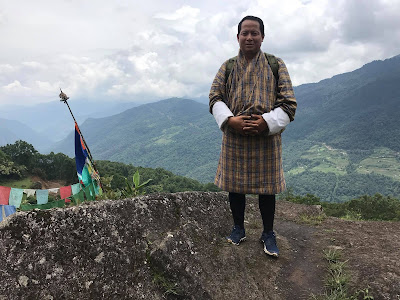 Please visit the Great Ney. Druphu Maritika is here. It is easily accessible by Vehicle. In comfort you can receive immense blessing.