The victory Dzong of Bhutan 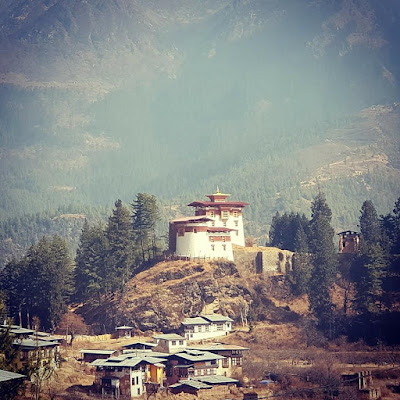 Zhabdrung Ngawang Namgyel built Drukgyel Dzong in the year 1649. Unlike other dzongs that was mainly built to serve as administrative and religious functions, Drukgyel Dzong was built for a special purpose as country’s defensive fortress to counter against the external threat from the boarder. 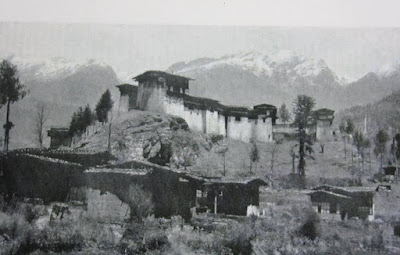 The Dzong had lodged the best armory in the country at the time and battled many wars from there.
Later to venerate Bhutanese victory over the combined forces of Tibetan and Mongolian army, which attempted several invasions to the country, the Dzong was named Drukgyel Dzong (Druk means Bhutan, while Gyel means victory). 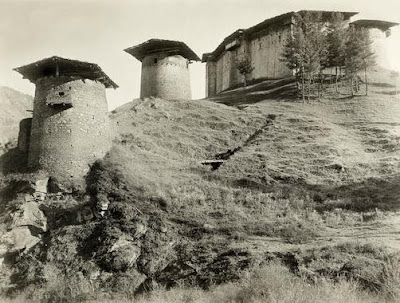 The Dzong consists of Utse, the central tower building, which housed a shrine of guardian deities, and Shabkhor, rectangular buildings surrounding the courtyards.
It was built adjusting to the geographical condition of the hill and formed a distinct design. The high and massive stone masonry walls of Shabkhor buildings stood on the steep slope of the hill entirely enclosing the inner space of the Dzong, making approach to Dzong possible only from the single entrance, which is heavily guarded by several ta-dzongs (watching forts) cylindrical in shape situated between the entrance and foot of the hill.
Secret tunnels providing protected passages to fetch water from the river below the hill as well as to send troops during the time of war were built. 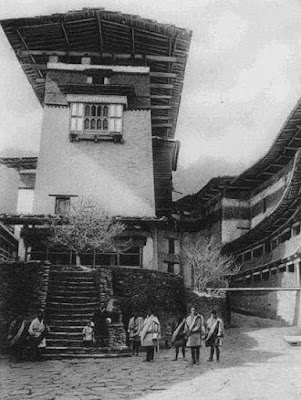 Drukgyel Dzong had been served as an important base for defense in the region until 1951 when it was destroyed by fire. The wind blew hard that night and toppled one of the butter-lamps in the utse. The fire soon spread, fanned by the breath of the night wind.
To make matters worse, it is believed that a bat’s wings caught fire too. As the bat flew madly about in panic, it lit fire wherever the wings touched. Soon, the dzong was an inferno of blaze.
It was one o’clock at night. By the time Gup Cheten saw the fire, it had engulfed the whole dzong and reached the roof. Precious little could be saved. Everything was gone and only ruins remained.

While the site was preserved no attempt was made to re-build the Dzong and it remained in ruins till 5th February 2016.
In 2016, to celebrate the birth of His Royal Highness The Gyalsey, as well as to commemorate two other significant events, namely, the arrival of Zhabdrung Ngawang Namgyel to Bhutan in 1616 AD and the birth year of Guru Rinpoche, His Majesty the King commanded the reconstruction of the dzong. The dzong is coming up faster than expected.


Drukgyel Dzong is an important monument for Bhutan that will truly link people of Bhutan with the great events that contributed in maintaining the sovereignty of the country.