The history of Valentine’s Day 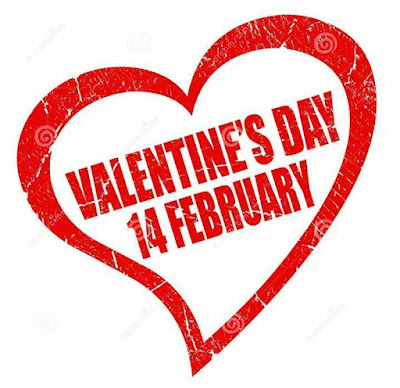 "The story of Valentine's Day begins in the third century with an oppressive Roman emperor and a humble Christian Martyr. The emperor was Claudius II and the Christian was Valentinus. 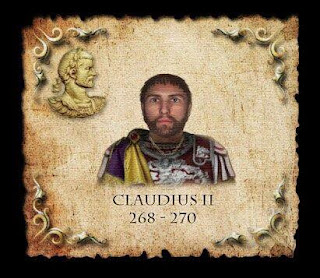 Claudius had ordered all Romans to worship twelve gods, and had made it a crime punishable by death to associate with Christians.
But Valentinus was dedicated to the ideals of Christ; not even the threat of death could keep him from practicing his beliefs. He was arrested and imprisoned.
During the last weeks of Valentinus's life a remarkable thing happened. Seeing that he was a man of learning, the jailer asked whether his daughter, Julia, might be brought to Valentinus for lessons. She had been blind since birth. 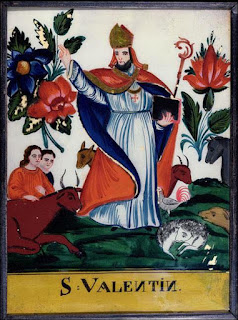 Julia was a pretty young girl with a quick mind. Valentinus read stories of Rome's history to her. He described the world of nature to her. He taught her arithmetic and told her about God. She saw the world through his eyes, trusted his wisdom, and found comfort in his quiet strength.

"Valentinus, does God really hear our prayers?" Julia asked one day.
"Yes, my child, He hears each one."

"Do you know what I pray for every morning and every night? I pray that I might see. I want so much to see everything you've told me about!" 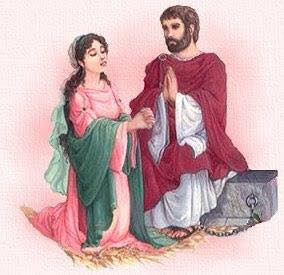 "God does what is best for us if we will only believe in Him," Valentinus said.
"Oh, Valentinus, I do believe! I do!" She knelt and grasped his hand.

They sat quietly together, each praying. Suddenly there was a brilliant light in the prison cell.
Radiant, Julia screamed, "Valentinus, I can see! I can see!"
"Praise be to God!" Valentinus exclaimed, and he knelt in prayer.
On the eve of his death Valentinus wrote a last note to Julia, urging her to stay close to God.
He signed it, "From your Valentine."
His sentence was carried out the next day, February 14, 270 A.D., near a gate that was later named Porta Valentini in his memory. He was buried at what is now the Church of Praxedes in Rome. 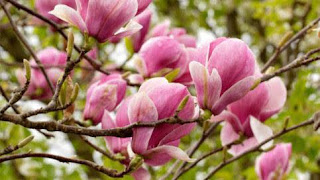 It is said that Julia planted a pink-blossomed almond tree near his grave. Today, the almond tree remains a symbol of abiding love and friendship.

On each February 14, Saint Valentine's Day, messages of affection, love, and devotion are exchanged around the world."

The message is if you believe in god and prayed him whole-heartedly, even impossible can be possible. Like we Buddhist pray daily for the welfare of sentient beings, the pray can be answered by Guru Rinpoche. We need to show affection and love to all sentient beings and work for their causes.

The observation of Valentines Day is wrongly observed by showing affection only to boyfriend, girl friends and wife. 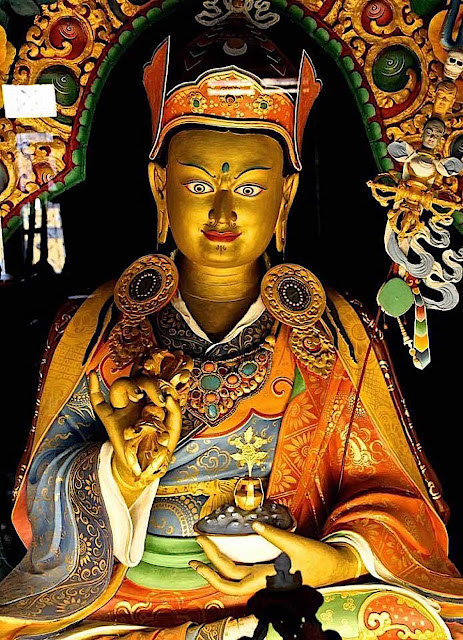