Meeting with His Holiness the Gyalwang Karmapa 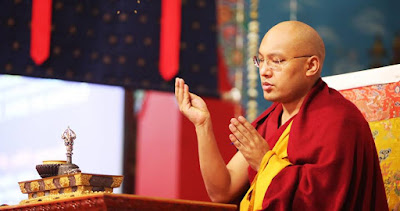 It was on 23rd February 2017.
Today we were very fortunate to get a private audience with His Holiness the 17th Karmapa at his Monastery in Bodhgaya. His Holiness is conducting a Garchen Gutor Puja that will be followed by Smoke Offering “Clouds of Amrita” before celebrating the Tibetan New Year. Thousands of devotees were attending the puja in an impressive decorated hall.

I was really longing to meet His Holiness the 17th Karmapa in person from a longtime and it was my happiest moment today for having met the highest Lama of Karma Kagyu. No doubt, I am totally blessed and that after having visited all sacred sites of Lord Buddha. Truly the ending of our religious tour was spiritually rewarding and fulfilling. 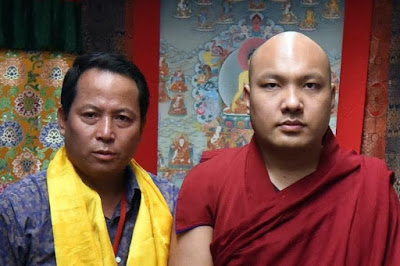 I would like to describe the special moments.
A prior appointment with His Holiness was made and we all gathered at the monastery. There were already many groups waiting for the special audience. His Holiness was giving private audience only during the morning and evening break. Garchen Gutor Puja was going on at the moment.
Before entering a His Eminence Gyatsab Rinpoche took our Khadar and hung on us. We than entered His Holiness chamber and saw His Holiness standing before us. His Holiness gave each one of us an envelope containing the Lineage tree of Karma Kagyu and Sungkey Damzay (contains the Samaya substance of Amrita and Dharma medicine). I quickly opened my plastic containing Sungkey, Malas and Buddha lockets and received blessing from His Holiness. We all sat down and His Holiness bestow us a Kago. Finally, His Holiness agreed to a group photo. What a great moment indeed. 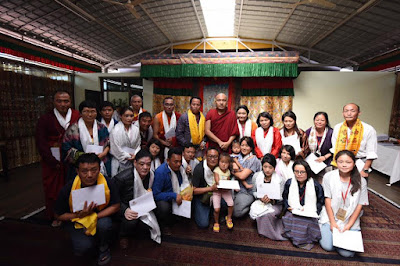 His Holiness the 17th Gyalwang Karmapa Ogyen Trinley Dorje is the head of the 900 year old Karma Kagyu Lineage and guide to millions of Buddhists around the world.