How was child gender predicted before the existence of Ultrasound machine?

With the availability of Ultra sound machine it is now very easy to know the gender of a child when the baby is still growing in the mother's womb. 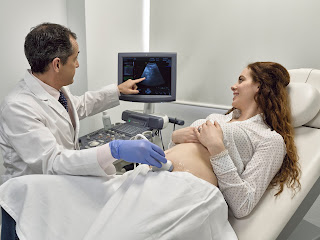 I personally feel it is important to keep it secret as it always brings surprises to the family during the birth. The god gives Child to the family and one should NOT differentiate whether it is son or daughter. Both are god's gift. Any discrimination is an act of an evil that is against the very will of the god. No forgiveness to such discrimination.

Bhutan is rich in astrology and astrology is the only source in olden days through which every aspect of life from birth to death is analyzed accurately. In the same way, the prediction of child gender before birth is also referred in astrological book.

I remembered my late father giving prediction of a child gender to many who seek his advice and 90% predictions came true.

You can refer and predict yourself using the precious text/chart.

The chart is divided into two with same age group one on top and the other at the bottom with two-row letters ན (Na) and ཀ (Ka) dividing the two.  Woman with birth sign of Rat, Tiger, Dragon, Horse, Monkey and Dog should refer on the top age group. Just intersect your age with the letter below. If your intersection is on ན (Na) than you will give birth to a boy and if on ཀ (Ka) you will deliver a daughter.

Similarly, those pregnant women with birth sign of Ox, Rabbit, Snake, Sheep, Rooster and Pig should refer to the bottom age group on the chart and check your age that interest with the letter. If your intersection is on ན (Na) than you will give birth to a daughter and if on  ཀ (Ka)you will deliver a son.

So astrology substituted Ultrasound machine in the olden days. Is not it a wonder?

Note: I can’t hold responsible in case of any false prediction.
By Phub Dorji Wang at January 07, 2019
Email ThisBlogThis!Share to TwitterShare to FacebookShare to Pinterest
Newer Post Older Post Home