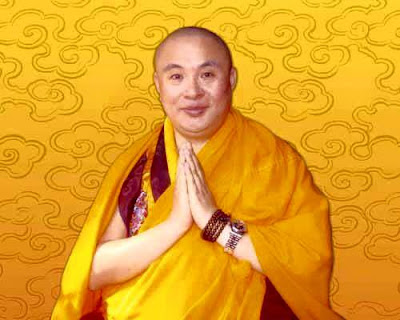 The prostration is known as the Namas Kara, which means, “I bow to the divine in you”. It is a gesture used to show reverence to the triple gem of Buddhism (Buddha, Dharma and Sangha).

The first prostration was done by Lord Buddha himself to his seat, before he sat on the throne prior to his first sermon. After this the custom of prostration has continue till date. Buddha did it to suppress the ego; he might get after seating on the high seat.

The word Namas Kara means “I bow to inner Buddha nature in you”.

The act of prostrating is an act of surrendering one’s body, mind and soul to the three jewels of Buddhism.

When we prostrate, we seek to purify our delusions, negative karma. While prostrating we purify the bad karma and delusion and we generate positive merit.

The correct way to prostate is as under:
Face an altar or religious object or lama by keeping your feet together and carry the following steps in a reasonable time.

First step: fold your hand correctly with your thumb placed inside your folded hand while making Namas Kara gesture.

Second step: place your folded hand on your forehead. This gesture signifies the Body.

Third step: place your folded hand on our mouth. This gesture signifies the speech.

Fourth step: place your folded hand on the heart. This gesture signifies the soul.

Fifth step: carry prostration. This gesture signifies the surrenders of above three.

The significance of the mudra of prostration is: the hollow between the palms signifies dharmakaya and the two thumbs inside that hollow signify rupakaya. These are the two results from completing the two paths—wisdom and method—within one's mind.

Also keeping the two thumbs inside signifies offering a jewel, rather than prostrating with empty hands, with the palms flat, which is regarded as the prostration method of the anti-Buddhists, the followers of a path contradictory to Buddha's path. 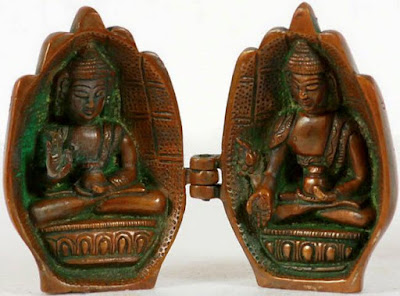 As the Buddhist mudra of prostration signifies method and wisdom that in itself creates the merit to realize the base (the two truths) and the true path (method and wisdom), and thus rupakaya and dharmakaya.

Hope, you all are now aware of the procedures to do prostration. Keep prostrating and gain merit, at the same keeping your body fit.